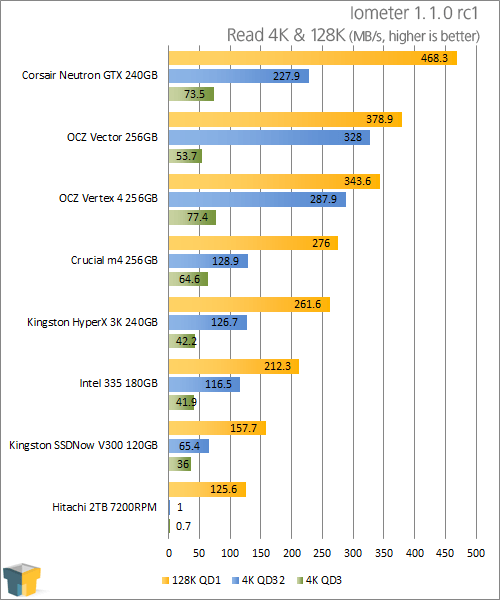 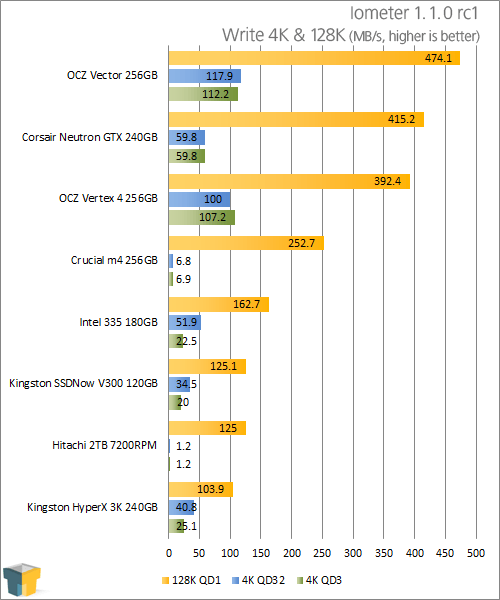 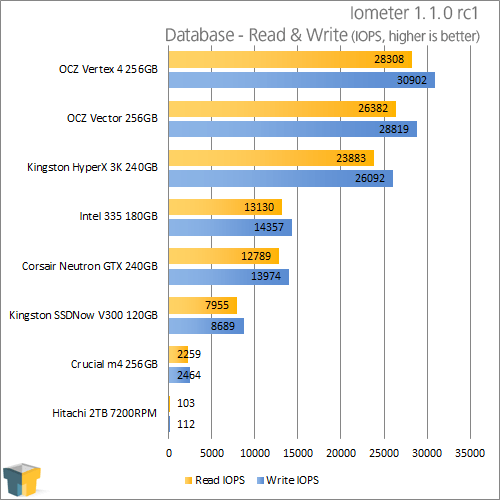 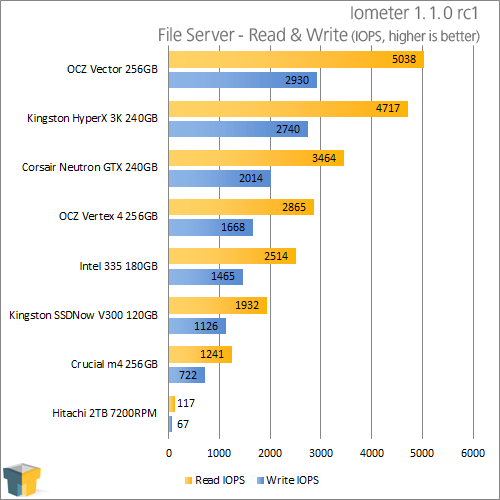 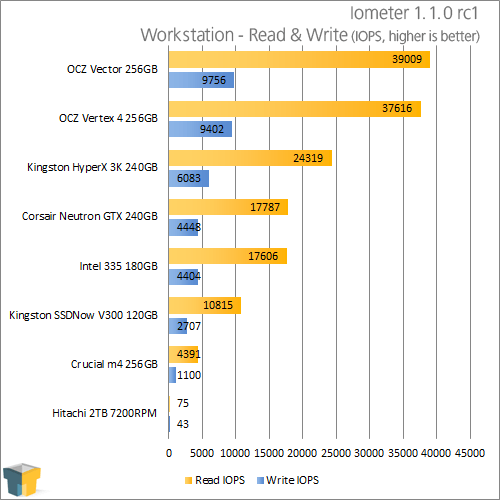 In the read portion of the tests the 335 performs well, again slotting directly between both other SandForce drives, although right behind the leader as opposed to the SandForce value drive.

In the write tests things get a bit more interesting, with Intel’s drive easily outperforming both other SandForce drives. The m4 may offer better sequential performance, but for average consumer use, random 4KB performance is more important – in that respect the 335 easily trounces the m4.

As for the three usage scenarios, the Intel 335 performs well and stays in the middle of the pack with no dips or performance issues. The Intel 335 can’t compete at the high-end SSD market, but it wasn’t ever intended to do so.

Overall, the 335 180GB does well, offering well-rounded performance without any single point of weakness. Clearly, Intel has optimized the 335 firmware with the best balance between sequential reads & writes and random reads & writes without compromising any one of the four areas for the sake of better performance in the other three.