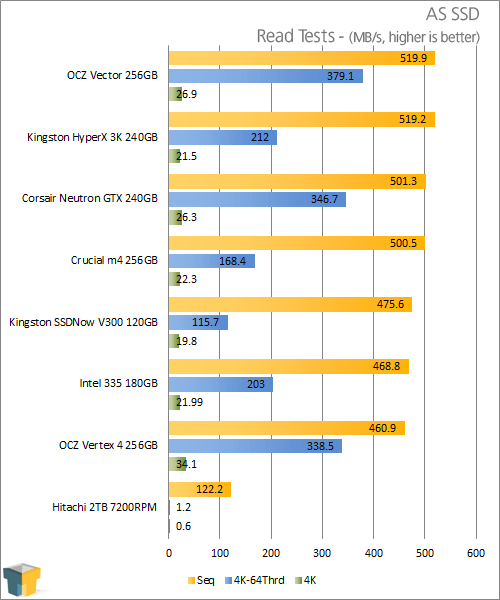 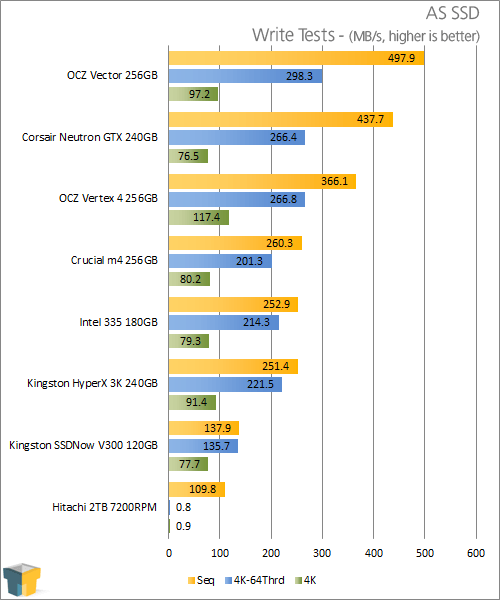 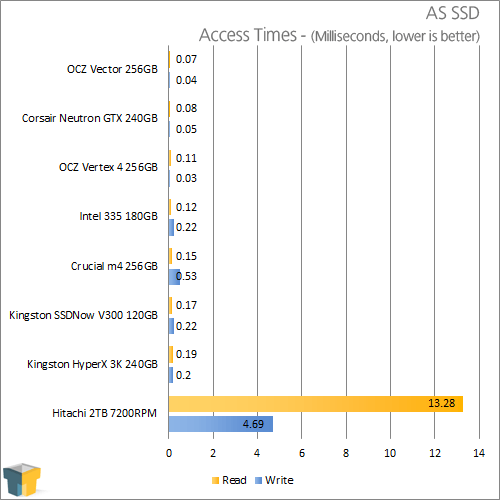 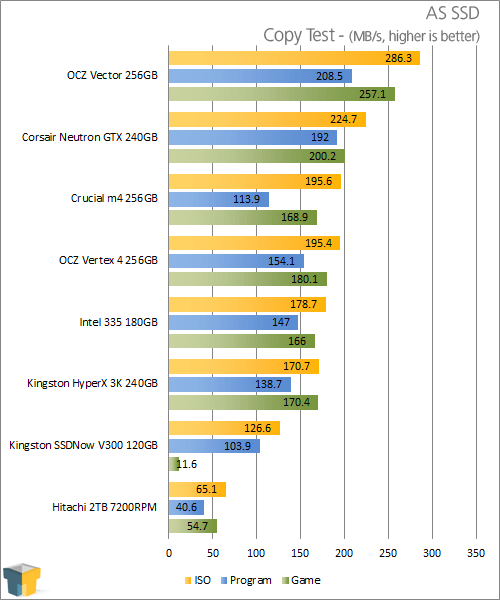 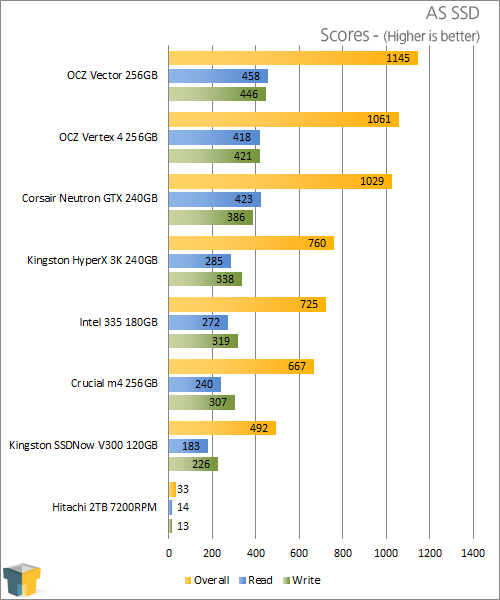 Second only to Iometer, AS SSD is one of the best tools for distinguishing between multiple SSDs while providing a scoring system for easier, quick comparisons that anyone can run for themselves.

In the read tests, the 335 does fine sequentially in the 4KB test. But in typical Intel fashion, at higher queue depths 4KB read performance climbs significantly and is able to easily slip ahead of the m4. We say “typically” because Intel has always optimized its firmware to perform best at a queue depth of 32.

In the write tests the 335 doesn’t offer any surprises, but does deliver solid performance across all three data patterns. It also does well in the three file tests.

The final score is based primarily on the four corners of SSD performance (sequential reads & writes, and random reads & writes) and is split into individual read and write scores as well as a final overall score, with the Intel drive able to deliver solid, even levels of performance.