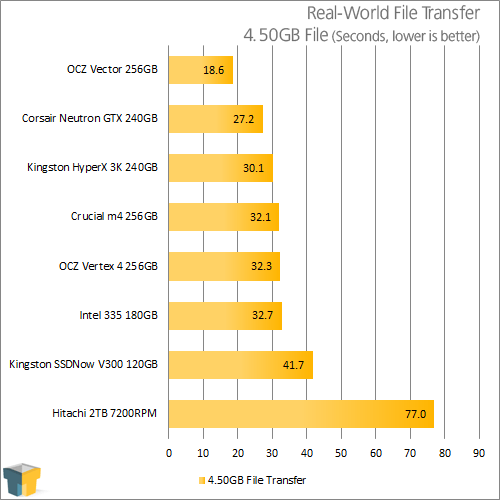 The Intel 335 didn’t favor sequential writes in our previous tests, but it performs decently here with average file copy performance. 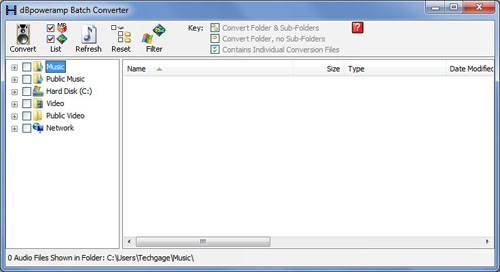 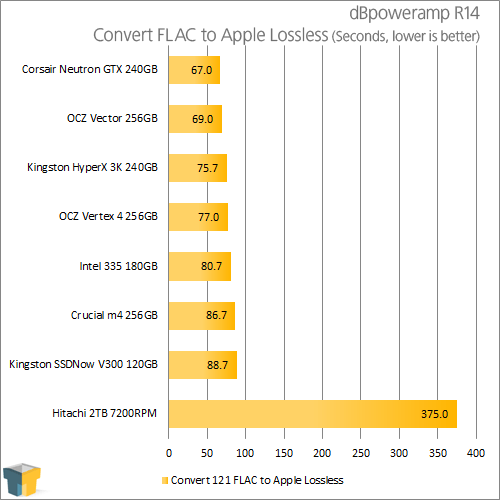 No unexpected surprises here, the 335 does well and again slots in the middle of the pack and in the middle of both the other SandForce drives. It also again manages to edge out the m4 by a comfortable six second margin.