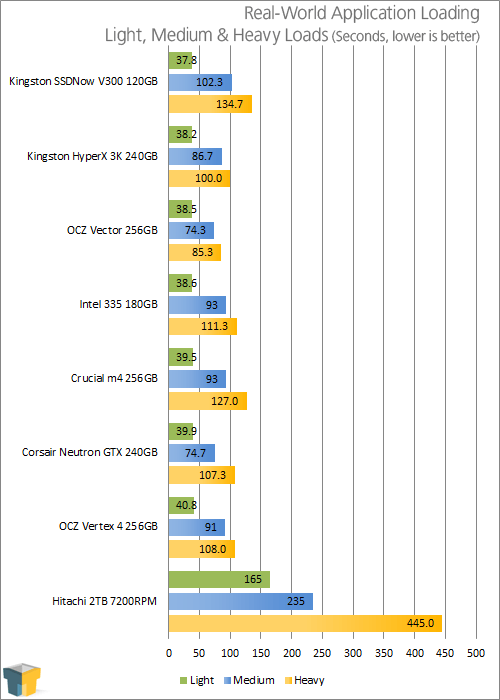 Light batch results are mixed but the 335 does well here. For the medium batch tests it slips behind and ties the m4 with 93 seconds. But once we throw in the AV scan, the higher queue depth optimizations that Intel favors kick in and let it shave 15 seconds off the m4’s heavy batch time. Overall, the 335’s heavy scenario result compares favorably for a mainstream drive and slots in significantly better than the also-SandForce powered V300.