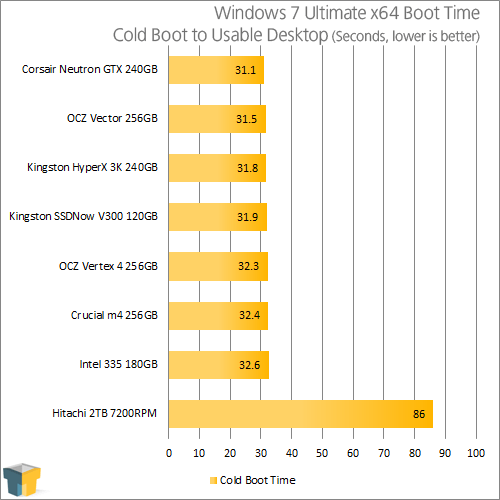 Obviously, our P67 motherboard is the bottleneck at this point; it takes more than just fast storage to quick-boot a system! Regardless, there are no unexpected results to see here.

For our new regimen we chose Portal 2 and Civilization V. Portal 2 is already a very well optimized game, but it’s immersive, so we time how long it takes to load the sp_a2.bts6 custscene. With Civilization V‘s recent overhaul to game storage files to help decrease load times, and the new option to disable the intro movie trailer, it becomes possible to time how long it takes to start the game. 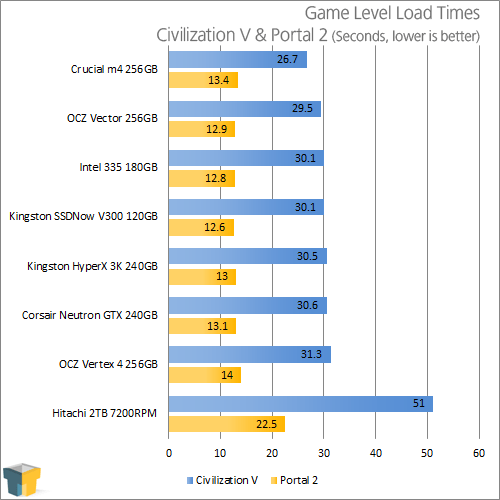 Game level load times are good as well, although it’s safe to say any SSD will deliver significantly better map load and level transition times than a mechanical drive.