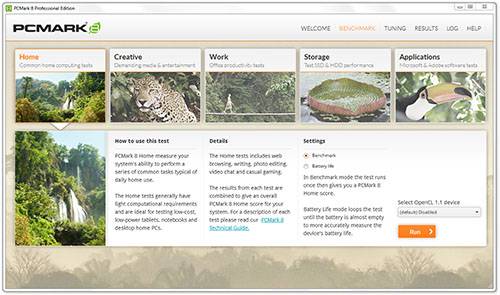 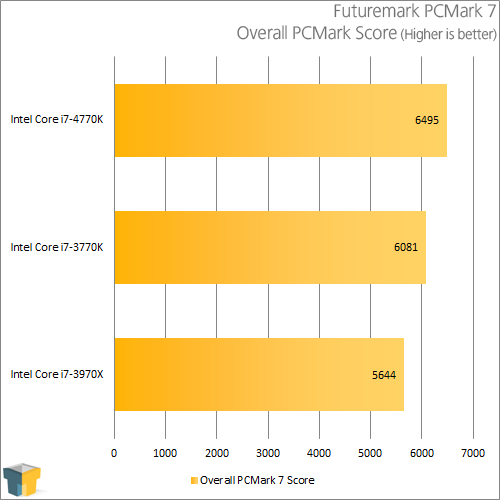 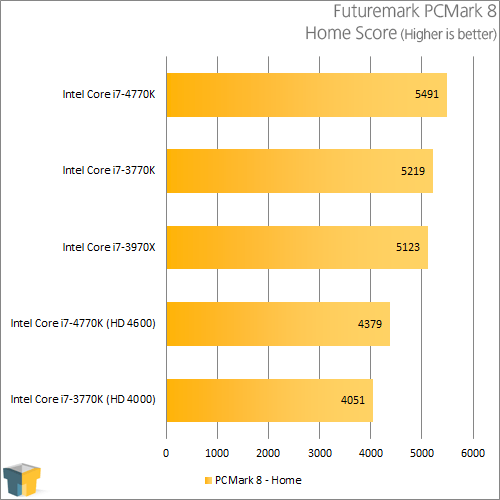 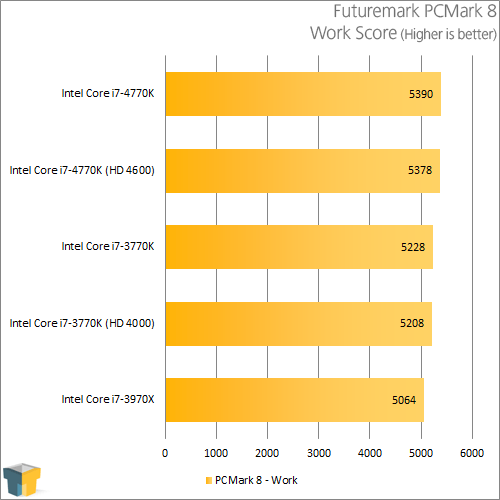 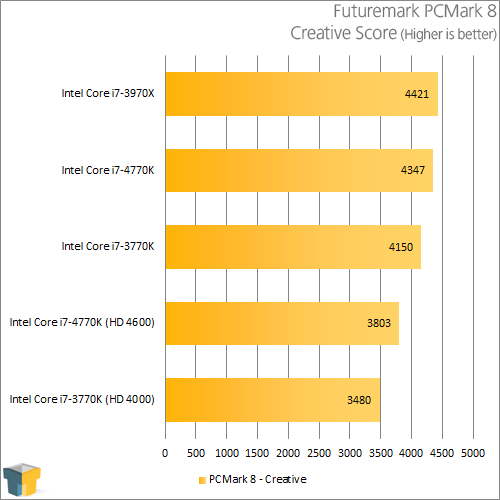 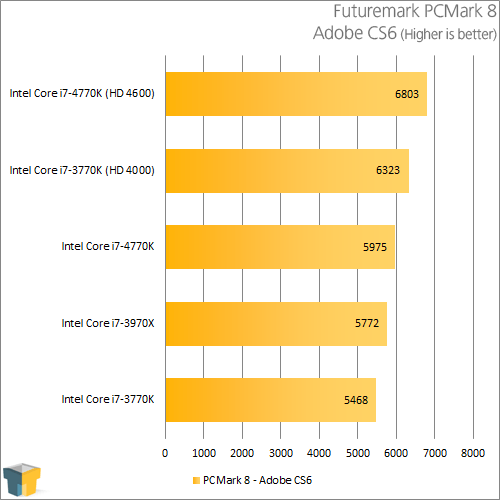 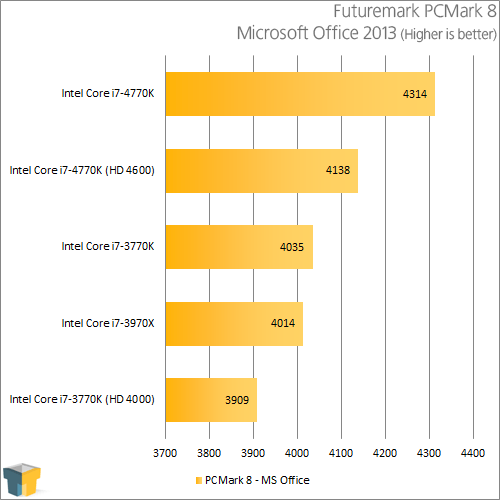 Things don’t look so good for the Core i7-3960X here. Despite boasting six cores, versus the 3770K + 4770K’s four, it only excels in a single test, and which one isn’t much of a surprise: Creative.

Prior to our testing here, we had no idea that Adobe’s Creative Suite took advantage of Intel’s QuickSync, but apparently it does. Using the IGP on either the 3770K or 4770K, the best performance can be seen – they even beat out NVIDIA’s GeForce GTX 660 Ti, which also helps accelerate select Adobe apps.

Overall, a great showing for the i7-4770K; it’s a clear winner among this trio of CPUs. It falls a bit short in the Creative test against the i7-3960X, but it comes close.