First up is the ever-popular 3DMark benchmark, and for the sake of completeness, we run all three tests (Ice Storm, Cloud Gate and Fire Strike). 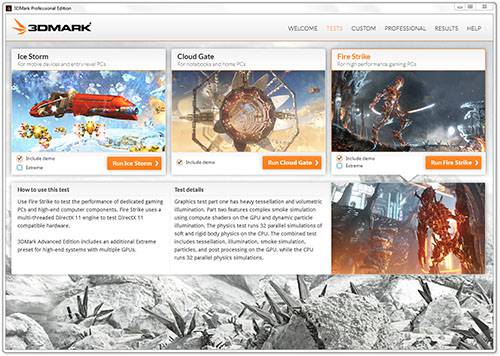 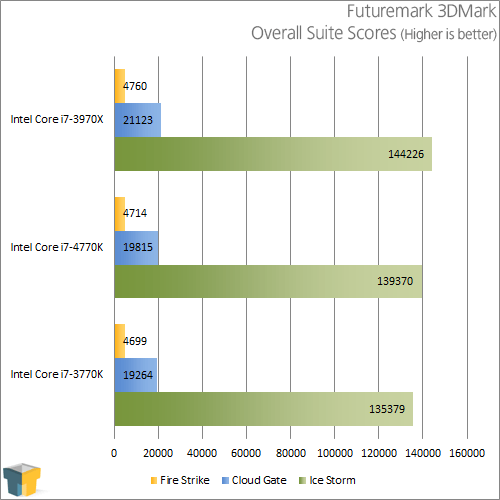 Throughout most of our testing, Intel’s Core i7-3960X, despite having six cores, hasn’t outperformed the other CPUs as much as we would have thought. Apparently where gaming is concerned, or at least 3DMark, extra cores do make a difference, as evidenced here. Overall though, the differences are quite minimal, except in the DX9 Ice Storm test.

Real-time and turn-based strategy games tend to be the most stressful on both the GPU and CPU, and Total War: SHOGUN 2 does well to live up to that stereotype. The game is so stressful on a PC, in fact, that the developers included built-in benchmarks that are meant to test a PC in a worst-case scenario sort of way. For our testing here, we use we use both the 720p GPU and CPU benchmarks. 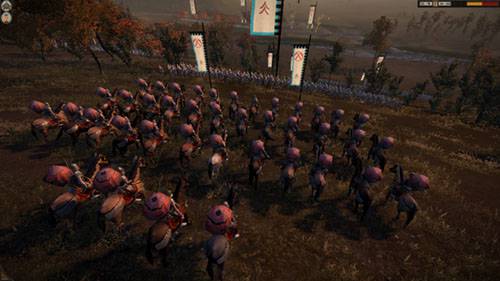 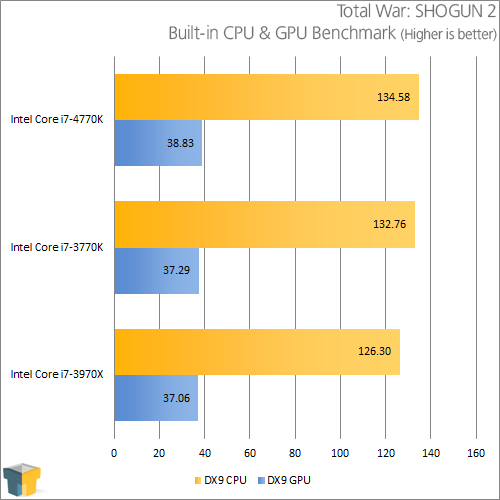 When the CPU is singled-out, Intel’s Core i7-4770K leads the pack. GPU-wise, all of the CPUs might as well be considered the same.