SPEC’s CPU2006 is the most comprehensive benchmark in our test suite. Its goal is to test both the general execution performance of a machine and also the chosen compiler, and as such, it makes great use of all available threads across one or more CPUs along with the memory sub-system.

You might not have heard of SPEC before, and if so, it’s likely because the non-profit group creates benchmarks targeted at the enterprise rather than the desktop. The folks responsible for each one of its benchmarks take things extremely seriously, and nothing gets released without extensive review. Many companies belong to SPEC as members, offering input and other insight. Some of these include AMD, Intel, Apple, ASUS, HP, Fujitsu, IBM, Lenovo, Microsoft, NEC, NVIDIA, Novell, Red Hat, Super Micro, VMware, Dell and EMC.

The CPU2006 suite is a about as complicated to explain as it is to run. We’ve prepared what we feel to be the best possible configuration for use with the tool, and as the result of much testing, we use Intel Compiler version 12 coupled with Microsoft Visual Studio 2008 for our testing. This is one of the few current configurations that can deliver submittable results, as Intel Compiler supports the most recent C standard, C99, whereas most compilers do not (in Linux, gcc would be a good replacement). 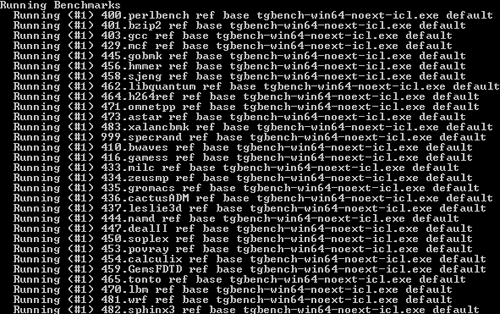 Due to its inherent design to run each test three times over, we do not run the entire CPU2006 more than once, as it would be redundant. At the same time, a full run on an Intel Core i7-2600K takes just over 13 hours to complete, so it’s not feasible to run the entire suite multiple times over. Because all current CPUs include AVX acceleration, we enable that in here in our testing.

More information on the suite and how we use it can be read about in this forum post. 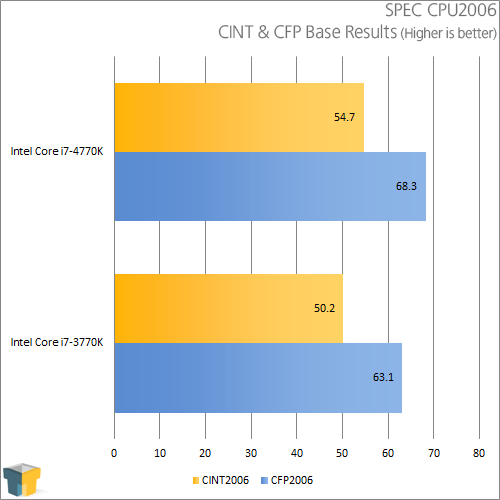 Unfortunately, we were unable to execute the test on the Core i7-3960X (something we’re looking into, and hoping to rectify for an upcoming look at another processor). However, the most important match-up here is i7-3770K vs. i7-4770K, and what we see is once again the scaling we’d expect. Nothing major, but gains nonetheless.

The great thing about CPU2006 is that it tests the CPUs execution performance against a large number of different scenarios, all seen above. This gives us a well-rounded look at how one CPU compares to another, and in this particular case, that’s important, given we’re looking at a direct sucessor.

Most of the tests exhibit a modest nod to the i7-4770K, which is to be expected. In other tests, the 4770K actually manages to deliver performance quite a bit better; notable examples include 483.xalancbmk in the integer tests, and 436.cactusADM in the floating-point tests. Interestingly, the i7-4770K actually fell to the i7-3770K in one test: 434.zeusmp, a fluid dynamics test. The difference is minimal, but it stands out as it’s the only test to exhibit a lesser result on Intel’s latest chip.

Overall though, Intel’s Core i7-4770K continues to give us the speed boosts we expected.