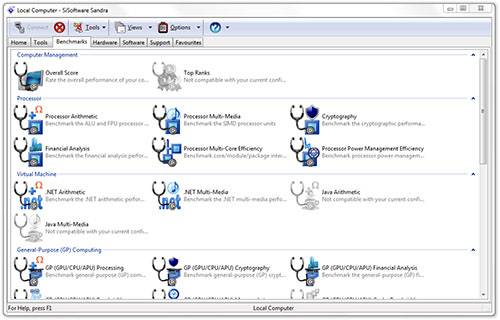 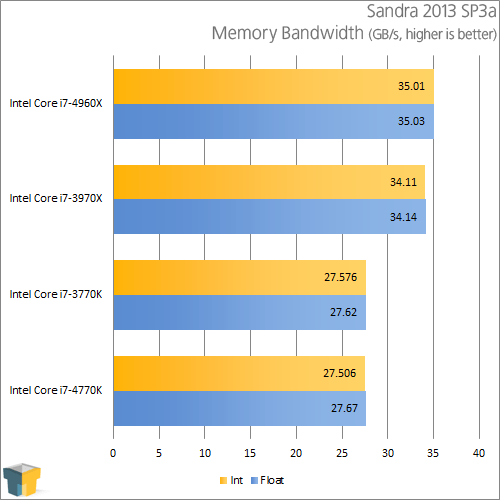 Note: Haswell = DDR3-2133; Ivy Bridge-E = DDR3-1333. The reason this was done was because on our X79 test motherboard, the CPU automatically became overclocked when we adjusted our RAM to DDR3-2133 speeds (or any speeds, for that matter). At CPU stock speeds and DDR3-2133 RAM speeds, the results on IV-E are closer to 45GB/s. 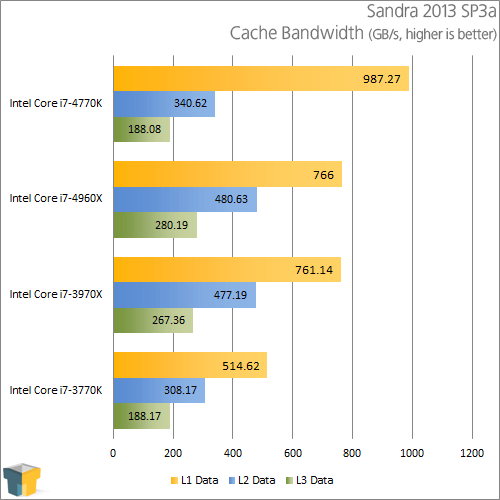 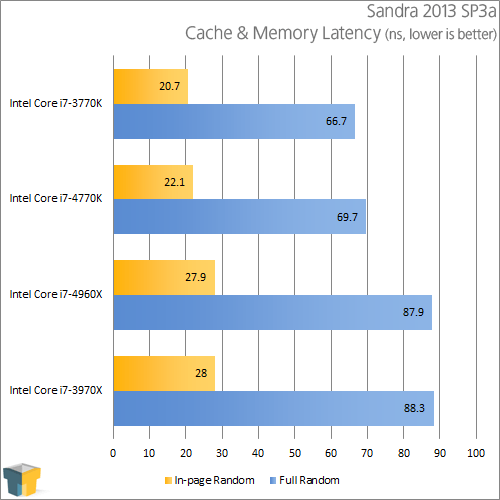 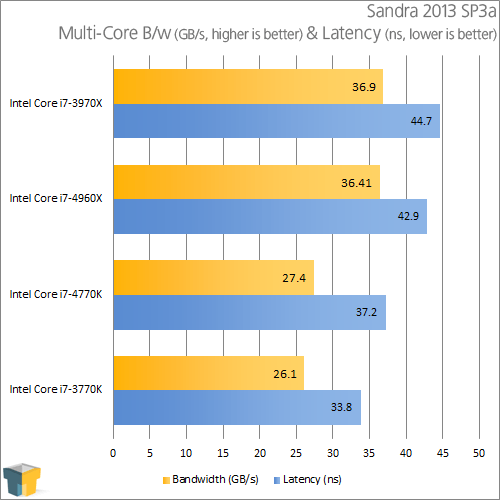 Latency-wise, Intel’s quad-cores win hands-down. With raw bandwidth, including memory, the six-cores do. It’s a total toss-up here, though for those requiring big memory bandwidth, the only choice is IV-E (or SB-E).