As a synthetic tool, Sandra can give us the best possible look at the top-end performance from the hardware it can benchmark, which is the reason we use it to test much of our PC’s hardware. The fact that a free version exists so that you can also benchmark against our results is something we greatly appreciate.

The more threads a CPU has coupled with its frequency and architecture refinements, the faster it should be able to calculate complex math. We’re not talking about simple math that can be done on a calculator, but rather advanced calculation that is often used behind the scenes. Sandra’s Arithmetic test stresses the popular Dhrystone integer and Whetstone floating-point algorithms that have acted as a base for a countless number of benchmarks dating back as far back as the 70s. 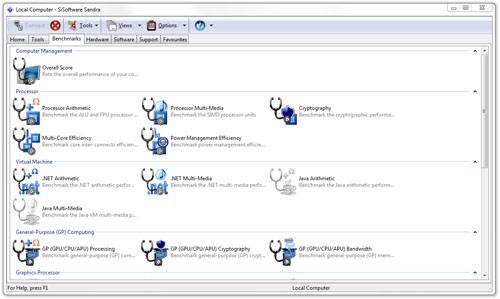 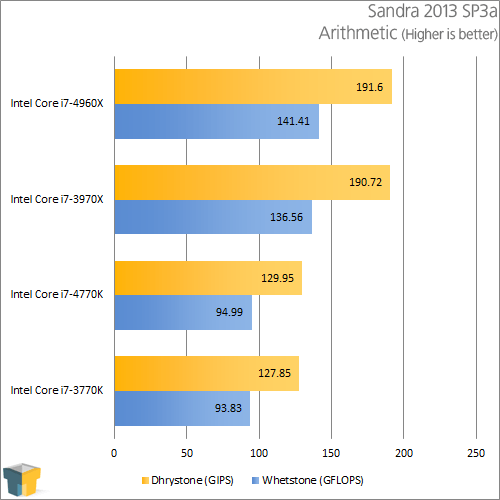 The six-cores are clear winners here, though it’s no surprise since Sandra tends to give us the “best case” performance from any CPU. Still, it’s good to see what these things are capable of when put to proper use.

One of the best reasons for upgrading or building a new PC is to increase the performance for multi-media work, whether it be editing or encoding. As we saw earlier in our results, faster CPUs can save minutes or even hours of time. To test such capabilities here, Sandra renders the famous Mandelbrot set in a total of 255 iterations and in 32 colors.

This is a test that’s been around for close to forever, but it still scales extremely well with thread counts and can benefit from new media-centric instruction sets, including AVX. 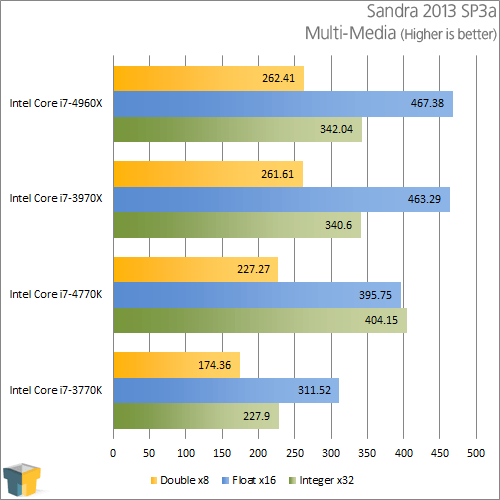 The arithmetic test put the six-cores in a dominant lead, but multimedia changes things up a bit – neither scales quite as their +50% cores would suggest.

You might not be aware of it, but cryptography plays a major role in computing. With some algorithms proving more complex than the others, having a faster processor can dramatically improve performance – especially important on the server front. In Sandra’s benchmark, the mega-popular AES and SHA algorithms are computed, both with 256-bit key sizes. 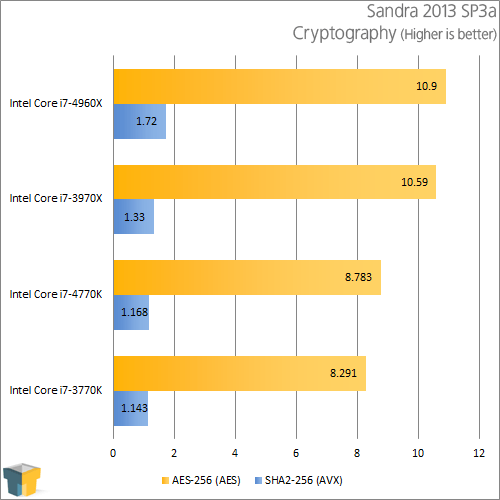 With tests like these, you’d expect that adding in a couple of cores would put the six-core models far ahead of the quad-cores, but not so. But despite that, the six-cores still come out ahead overall. It might not be +50% performance, but it’s substantial gains nonetheless.

There’s little that can stress a CPU’s worth quite as much as number-crunching, and for that reason, we take full advantage of Sandra’s financial analysis benchmark. In the past, we ran similar tests using an Excel spreadsheet that allowed us to run a macro based on the Monte Carlo pricing, but here, Sandra allows us to also test Black-Scholes and Binomial. 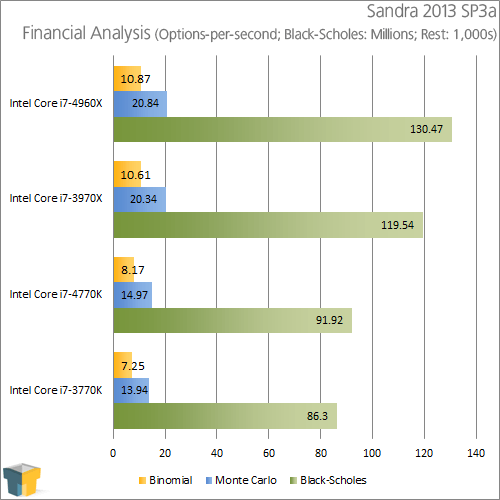