As the previous handful of pages hopefully prove, we favor real-world benchmarks over synthetic ones, but the latter can still provide useful information at times. Since we’ve never given UL’s Procyon suite a go, we decided to this go-around, and are fairly happy with the results, and how it works.

For those unaware (as we were until recently), Procyon is in effect a replacement for PCMark. Its goal is to use real applications to run the same tests over and over, and generate a score based on the overall performance. The Video Editing test requires Adobe’s Premiere Pro, while the Photo Editing test requires both Lightroom and Photoshop. The Office Productivity test requires Microsoft Office (surprised?). 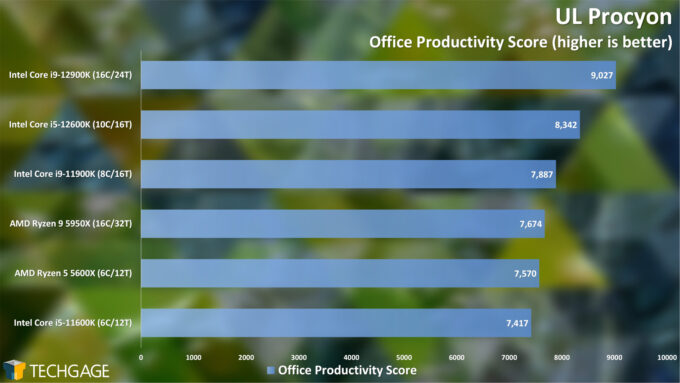 Intel has long pushed Office as a good benchmarking tool, and business-wise, it’s for good reason. Intel’s CPUs have largely been unbeatable in single-threaded operations, which are more common in office scenarios than multi-threaded ones. So, it’s not really a surprise that Intel’s latest-gen Core chips manage to stick to the top – but it’s an especially good look for a chip like the 12600K to outperform not just the previous-gen 11900K, but also the AMD chips here. 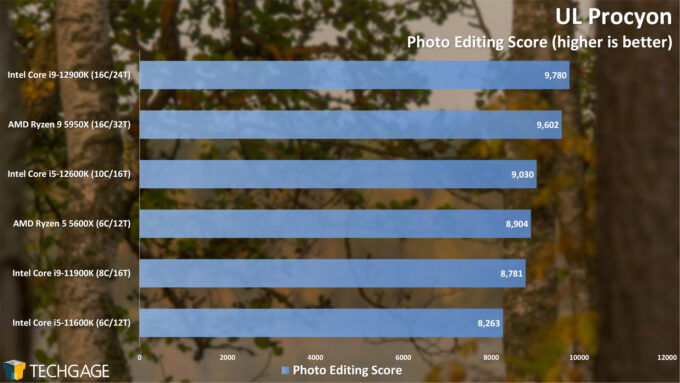 In our real-world Lightroom test, we saw AMD’s Ryzen 9 5950X lead the pack. We don’t see that reflected here, which could be because Photoshop was involved in this Procyon test in addition to Lightroom – so Intel’s single-threaded performance could have made up the slack. The gap between 5950X and 12900K was decently wide in the office productivity test, but the deltas are much tighter here. 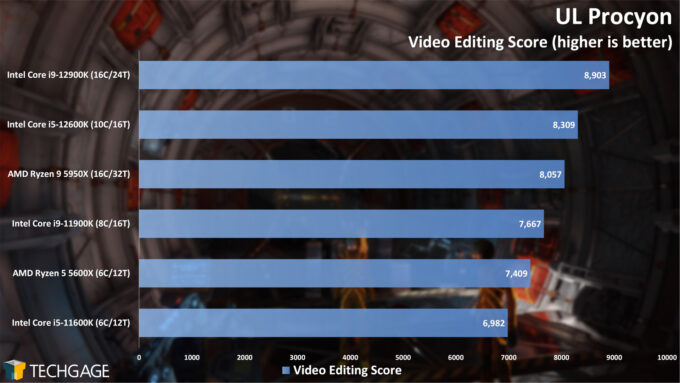 We saw Intel’s new chips perform exceptionally well in our real-world Premiere Pro tests a few pages back, and Procyon seems to agree that they are indeed pretty, pretty, pretttttty good. 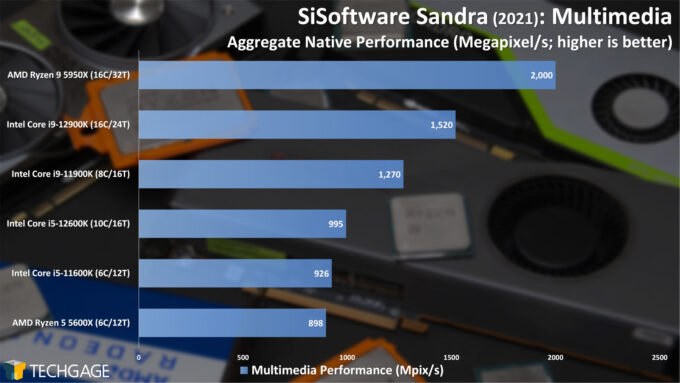 Most of Sandra’s CPU benchmarks will take great advantage of any architecture they’re given, and as many cores as they’re given. With the multimedia test, AMD really proves what the 5950X is capable of, with this being the first test we’ve seen where that chip scores quite a bit better than the 12900K. Similarly, we’re not seeing gen-over-gen Intel increases that are quite as stark as what we saw in our rendering tests, but it could be that future Sandra versions will utilize this unique Alder Lake architecture better. 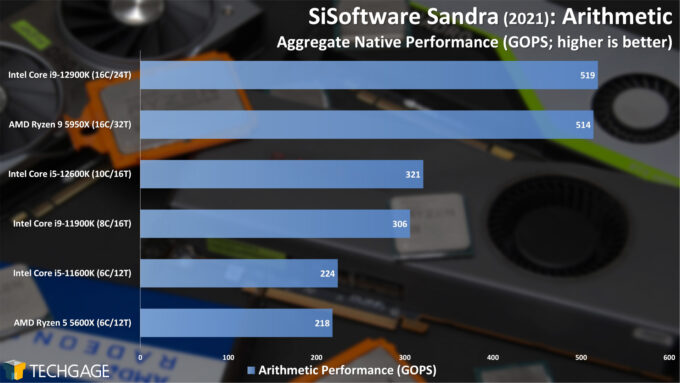 The multimedia test above showed the 5950X to place quite a good deal ahead of the 12900K, but when we math it up, both the 12900K and 5950X perform virtually the same. Again, just check out those generational improvements on the Intel side. 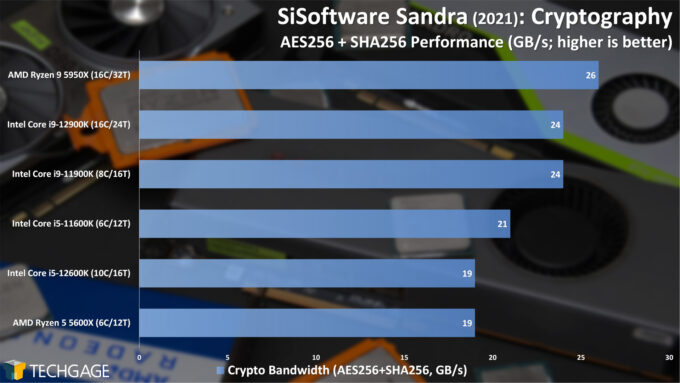 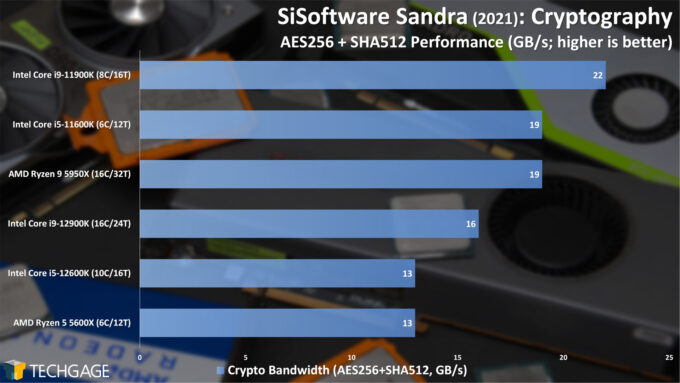 AMD has done well with CPU-based crypto for a while, and nothing has changed here. It’s interesting to see the 12900K and 11900K both perform identically in the AES256 + SHA256 test, another hint that Sandra may not be using the new architecture to its full potential. More interesting is the secondary result, for AES256 + SHA512 – here, the 11900K wins thanks to its inclusion of AVX-512. That’s something that also allows the 6-core 11600K to match AMD’s 16-core 5950X. 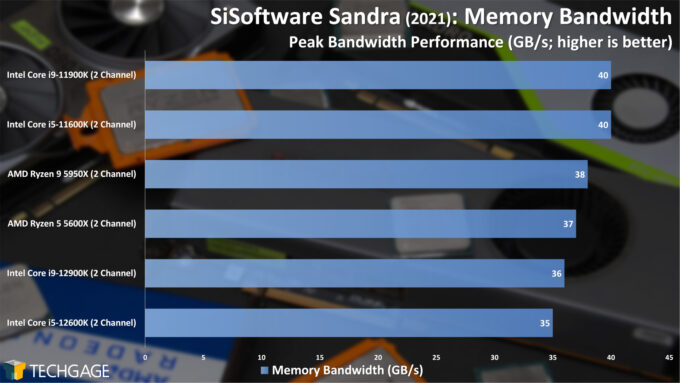 As we covered before, Intel’s new 12th-gen platform supports either DDR4 or DDR5 memory – entirely dependent on whichever one is equipped on the motherboard you buy. Our DDR5 memory kit didn’t arrive in time for testing, so all of the results above reflect our DDR4-3200 CL16 configuration.

Oddly, this is another case where Intel’s last-gen CPUs performed better than the current-gen, although based on our real-world performance, it doesn’t seem like the degraded memory performance has hurt the 12th-gen chips much. We’re eager to see how this chart changes up as soon as we get our DDR5 testing completed.