This NUC is challenging to drum up comparison benchmarks for, because it’s not as though we always have a bunch of prebuilds kicking around to retest. That said, we still wanted to test this NUC as thoroughly as we could, and compare to a couple of desktop CPUs, to both show its strengths and weaknesses versus full-blown desktop PCs.

It’s important to note that out-of-the-gate, these NUCs are not meant to go toe-to-toe with full-sized desktop PCs. The point of this NUC series is to offer as much performance as possible in as modest a form-factor as possible. So, it’s not going to reach the other chips we tested, but it does show how close we can come with a form-factor that’s at least 1/8th the volume of our regular test PC.

Note that each one of these tested CPUs hovers around ~$500 SRP.

In addition to CPU tests, we’ve also run a number of GPU tests, using the integrated graphics, the included NVIDIA Quadro P2200 workstation graphics card, as well as our own EVGA GeForce RTX 2060 KO that happened to fit in there no problem. 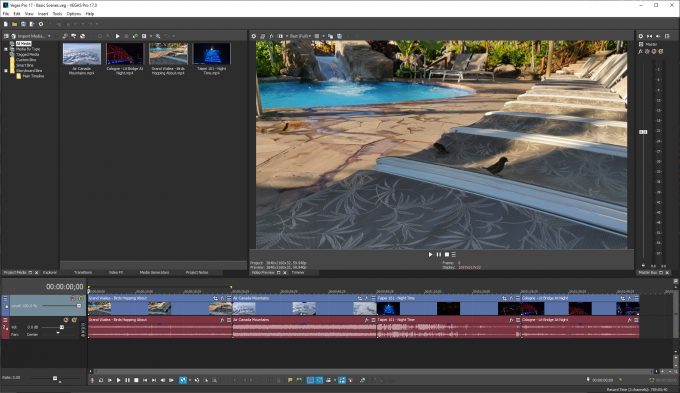 We’ll talk more about important results as we go along, but for now, let’s first analyze our CPU test results:

Because it’s such an easy-to-understand number, we can compare the E-2286M’s Cinebench score to the 9900KS’, and see that Intel’s current top-end mainstream chip is 39% faster, putting the E-2286 chip in a similar score bracket as the Core i7-8700K eight-core (not listed). When it comes to full desktop performance, AMD’s latest ~$500 chip gives Intel’s equivalent a rough fight.

It’s also important to note that while this E-2286M expectedly lags behind the much more power-hungry socketable desktop CPUs, neither of those other options offer enterprise-level security features, as vPro is not found on those chips, and AMD ties its similar features to the Ryzen Pro line. Similarly, those other platforms do not include error correction memory, whereas our tested NUC platform does.

Overall, considering the small form-factor it’s smooshed into, the performance level out of this E-2286M is great. We spent a lot of time using this NUC as a standard PC, and importantly, it felt like a desktop. Over three weeks of arduous testing, this platform never let us down, and never behaved unexpectedly. We’ve yet to see a blue-screen-of-death, despite hammering the machine with as much varied testing as we could (even with three different GPUs). That also included many hours of gaming, not just work.

Speaking of gaming, that’s not something we did with the Quadro P2200 that was shipped with this NUC, as it was considered a “low-end” workstation card when it came out three-years-ago. Unfortunately, it’s also the fastest Quadro solution available right now that can fit inside of this NUC, which has led us to hope that the likes of NVIDIA and PNY will work harder to release a Quadro RTX 4000-class GPU in this form-factor down-the-road. 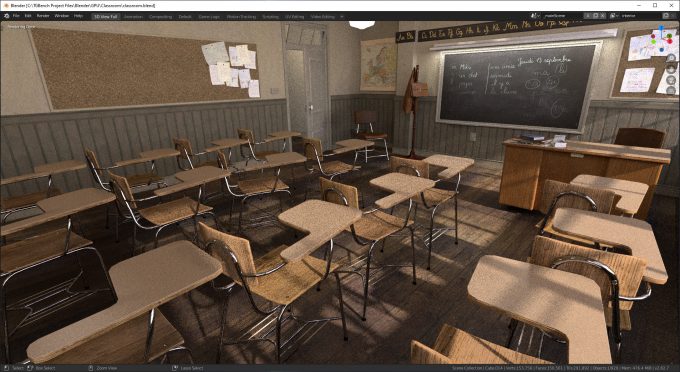 Intel’s integrated graphics are suitable for regular desktop use, but not actual work that requires a GPU for acceleration. Interestingly, the IGP did come close to the P2200’s LuxMark score, perhaps as a result of that being a test built on top of Intel’s own Embree ray tracer. In all of the other tests, it’s clear that the RTX 2060 is the one to beat, as it simply demolishes the small Quadro in most tests.

If it seems obvious that the Quadro P2200 is not the GPU to include in this machine, there are a couple of things to bear in mind. First, with Quadro, you’re wrapping up an appropriate workstation PC for use where uptime and optimization for CAD-like workloads are of more importance than encoding or rendering. Quadros carry better customer support than GeForce, which is one reason why they cost more out-of-the-gate. 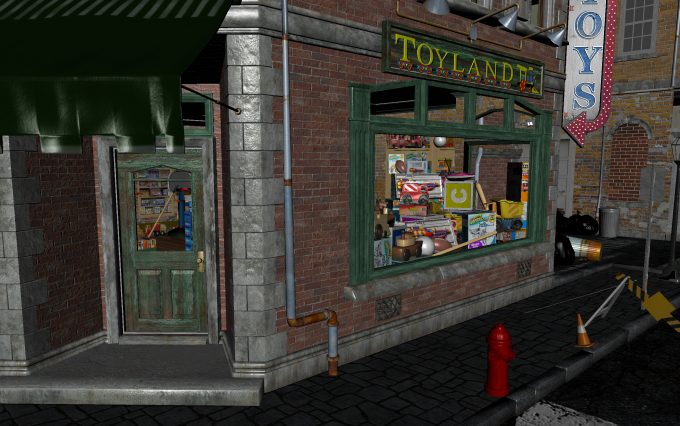 The next couple of tables will highlight the differences between Quadro and GeForce well in viewport use, such as those with the top-end CAD suites we mentioned before:

In the match-up between the NVIDIA cards, it’s clear that some performance uncapping is happening on the Quadro in select tests, since it manages to beat out the much more powerful RTX 2060. In more neutral workloads, like 3ds Max and Maya, GeForce comes ahead, but in CATIA, SolidWorks, and especially Siemens NX, Quadro use is hugely recommended.

Blender’s LookDev shading mode that was introduced with 2.80 won’t take advantage of Intel’s integrated graphics. If you change a scene to LookDev, it’s effectively going to lag not just the application, but the entire PC, and then not be usable at any point – at least with our tested scene. Without a GPU in this machine, it means Blender will always use the CPU for rendering, since the OpenCL for graphics option was hidden when we tried to test.

There are a couple of other things to bear in mind here, as well. Quadro P2200 is of the older Pascal generation, which means it does not have RTX features which will actually speed up rendering workloads quite significantly (where supported). Solutions like Octane, Redshift, Arnold, and V-Ray are all using RTX’s ray tracing acceleration, so if 3D design is important to you, and you opt for this Quadro P2200, you are doing yourself a major disservice.

Again, we hope to see NVIDIA release a future high-performance workstation card that can actually fit in this form-factor. PNY is obviously keen on this platform, as it’s the one that supplied the P2200 here, so it’d be nice to see some better options down-the-road. While we tested RTX 2060 in our NUC sample, there also exist RTX 2070s that can fit in, as well. The Quadro RTX 4000 shares similar specs of the RTX 2070, so… enough said.

To stress-test this NUC, we decided to swap the Quadro P2200 for the RTX 2060, in order to give it a proper push. The Quadro P2200 is low-end to the point where it’s not going to heat up the inside of the chassis too much, so us testing that as-is (when we wouldn’t even recommend such a modest GPU to most people) would feel like a bit of a disservice.

Over the course of a couple of hours, we ran 3DMark and various CPU workloads to see how toasty things would get. In the end, our GPU topped out at around 80°C, while the CPU hit 93°C. During regular use, the CPU is not going to run too warm; it’s only when it’s truly being taxed that things will heat up. What we see here is effectively on par with what we’d expect out of a notebook using the same hardware.

We didn’t test for noise, as we don’t have the proper test equipment here, but we can say that we were surprised overall with the modest amount of sound the machine sends towards your ears. You can absolutely hear it when it’s being pushed hard, but its peak is not as loud as we expected it to be. Of the Compute Element and GPU, it was the latter that was loudest when the going got tough.

Ultimately, if you have this NUC on your desk, you’re going to hear it hum away while you’re doing some heavy work, but it will be pretty quiet otherwise. If you’re a headphone user, the noise generated from the NUC is not going to be noticeable. If you’re a speakers user, you may want to keep the machine under your desk to muffle whatever noise there is a bit better. Depending on your tolerance level, that may not be necessary.

Throughout our testing, we plugged every port and tested every bit of connectivity that we could. The one exception is that we don’t have any proper TB3 storage devices here, but we did test our USB-C devices in the same port. Because virtualization was on by default in the EFI, we decided to install VMware Workstation 15.5, and see how things fared: 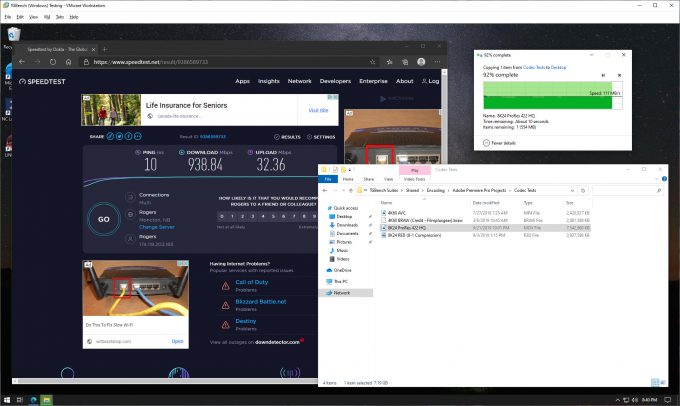 We know that this hardware is capable, but there’s still something about running virtual machines at good speed on a really small PC that is really cool. We copied over a barebones Windows installation and installed an MMORPG in there, and the performance was excellent. As the screenshot above shows, even the network speed inside of the virtual machine effectively matched what we’d see from the native OS.

On a powerful 18-core desktop, we usually allocate 4 threads and 4GB of memory to such a virtual machine, and we had to do nothing different on the NUC, since there are 16 threads available along with 32GB of memory. So, if you configure this with a healthy amount of memory, you can definitely take advantage of your virtual machines on this NUC.