While multi-media and 3D rendering covers a lot of the people who would care about extra CPU power, there is a slew of other people who would just as easy benefit from a faster processor. Those being programmers. While most hobbyist applications don’t take that long to compile, some more in-depth applications can take hours. When you are making constant changes to the code and need to re-compile often, having extra CPU power is a blessing.

I normally choose Gentoo for this testing, but I was having boot issues which may or may not have something to do with the P35 chipset. Fedora 7 came to the rescue and installed fine. So for testing I am using GCC 4.1.2 under the 2.6.21 Linux kernel. For single core testing, “time make” was used while dual and quad core compilations used “time make -j 3” and “time make -j 5”, respectively. 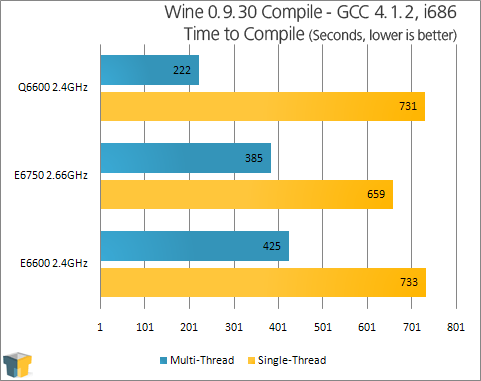 Going from the E6600 to the E6750 proved 10% faster in our multi-threaded tests and 11% faster in our single-threaded tests. Seen here again, our Quad-Core cleaned up house, showing that this is one scenario where extra cores is more beneficial than a slightly higher frequency.

As far as synthetic benchmarks go, SANDRA is by far my favorite. A large bonus is that it’s truly multi-threaded, so the resulting scores really show the capability a larger CPU has. 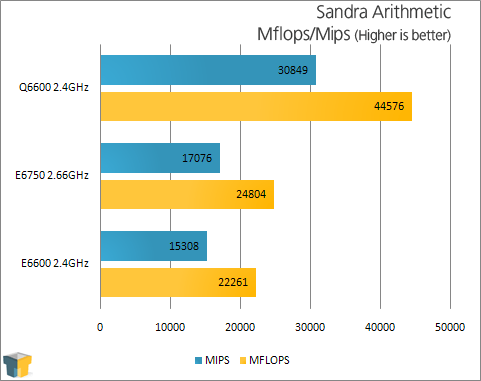 The results are expected, as they scale well with the frequency increase. 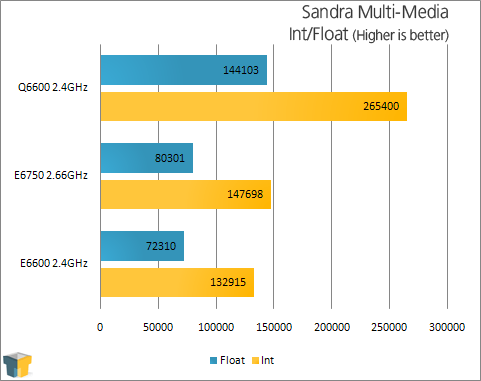 One area where benefit is immediately seen is with the memory bandwidth. Bumping up the FSB from 1066 to 1333 made a huge difference. Whether or not all this extra bandwidth can be put to good use, is hard to say. 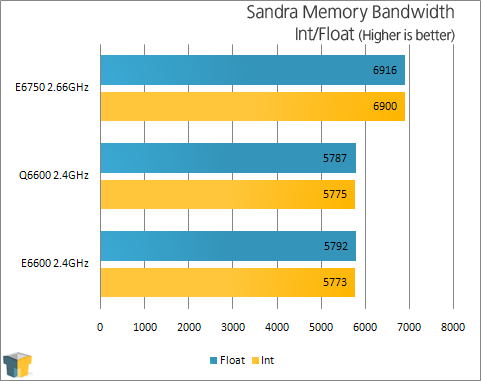 With that, we will move into our final tests which include Futuremark, Half-Life 2 and Stalker.