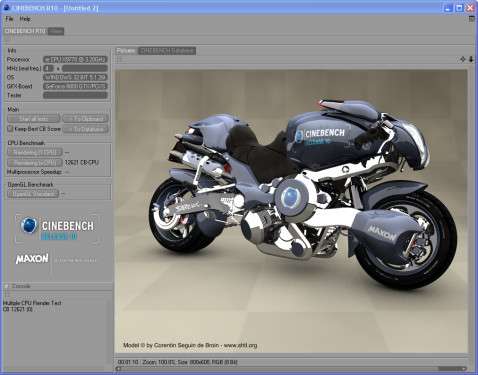 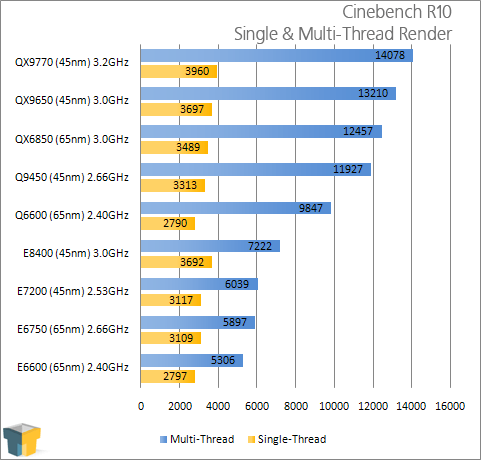 Though SSE4 is not used here, Cinebench is another example of where 45nm benefits can be seen. Like our earlier 3DS Max test, the E7200 outperformed the faster E6750 thanks to the processor’s added benefits. Most likely it’s the extra L2 cache to thank. 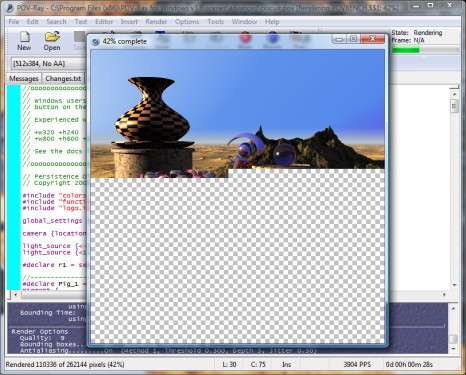 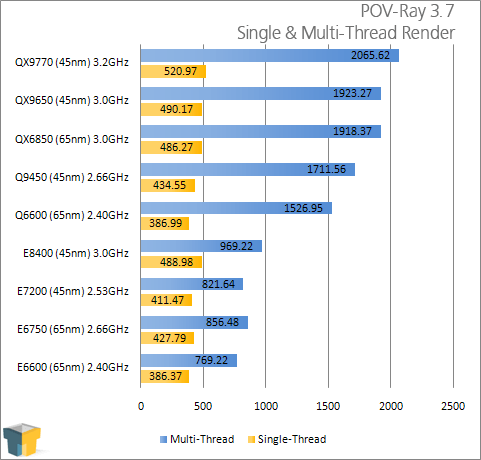 Taking a look at these results, it goes without saying that a Dual-Core is not the ideal choice. Doubling the cores almost doubles the results by 100%, so unless you have a lot of patience, Quad-Core is what’s going to deliver you the best results.