Penryn brings more than just smaller transistors and better efficiency, however, with the introduction of additional L2 cache, a beefier FSB and the SSE4 instruction set.

Previous generation Core 2 processors featured 2MB per core, while Penryn ups that to 3MB per core, or 12MB L2 Cache for a Yorkfield chip and 6MB for the dual-core Penryn. With a larger cache, the issue of latency arises, however Intel believes there will be no such issue here. With larger caches, there is more of a chance that each core can access the data it needs quickly. Smart Cache is also introduced to improve the way that split loads are accessed and stored, by predictive means.

Though already seen in recent launches, the initial Penryn line-up will feature a 1333MHz front-side-bus. Because of this, processor multipliers will vary differently than what we are used to. Future Penryn-based Wolfdale dual-cores will feature x.5 multipliers because of this, in order to keep frequencies in order. Because of the 1333MHz FSB, DDR3-1333 would prove the most popular option to throw in a system, however that adoption is still slow due to high memory prices.

2004 saw the launch of SSE3, and now Penryn will see the launch of SSE4. Intel well knows what users are looking for and have picked up on the fact that media-centric lifestyles are the new black, because not one of the new 54 instructions are designed for anything but multimedia-type processes. To the end-user, this means that videos should, and will, encode faster the the encoder utilizes SSE4.

To increase the benefits even further, new to the feature set is the Super Shuffle Engine, which allows Penryn to perform full-width shuffles on units 128 bits wide in a single cycle. This effectively doubles the speed for more byte, word and dword SSE data, which results in reduced latencies and throughput for all SSE instructions that have shuffle-like operations. You can expect popular encoders to utilize the new instructions to their fullest in the months to come. 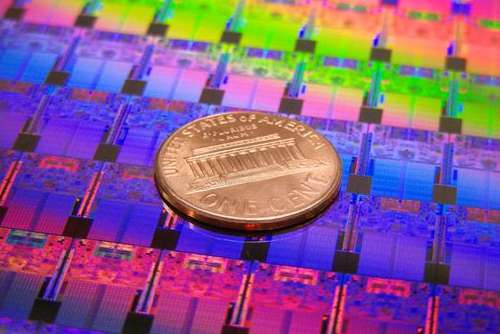 I’ve touched on all of the basic new features with Penryn, but there are others as well. Most of those have already been covered in the past. If you are interested in recent information regarding Intel’s goals and products beyond this launch, you can refer to our IDF coverage from last month.

Although this is a fresh launch, all of the product packaging and logos will remain untouched. This could be due to the fact that the products share the same name, or the fact that new packaging for a single product launch would not have made much sense. The reason is probably both.

Intel has not disclosed pricing at this time either, but it’s safe to assume it will not be far different than what we’ve seen from XE processors in the past. Current rumors are $999 in quantities of 1,000, but again, that’s just a rumor and we might see something different on Nov. 12 when this is launched alongside its Xeon counterparts.

According to roadmap leaks, processor pricing for Penryn is going to be right in line with what we’ve seen recently, with the lower-end offerings beginning out at $163. Early 2008 will also see new XE Quad-Cores with a 1600MHz FSB, with the QX9775 being designed for the Skulltrail platform, we assume.

Another interesting listing is the Q9300, which features 2x 3MB of L2 Cache. It’s likely that there will be a dual-core counter-part that’s currently unknown, since no other dual-core Penryn CPUs feature a 3MB cache. If all of this pricing remains true, then enthusiasts are going to be treated well in the new year.

Without further ado, let’s jump right into our exhaustive testing of the QX9650, beginning with a quick overview of our testing methodology.