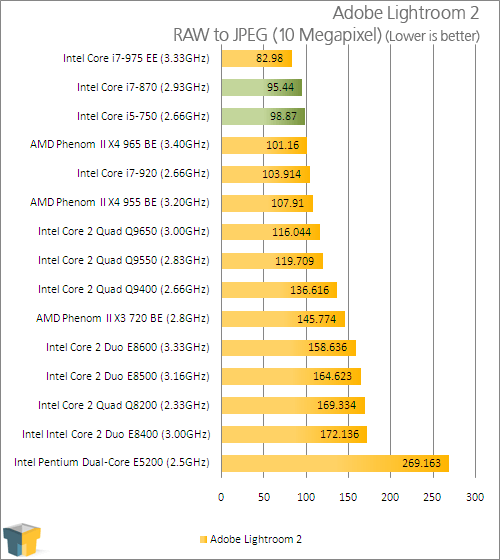 Turbo to the rescue once again. Lightroom is multi-threaded, but not enough to give other faster (as in raw frequency) Quad-Cores in our line-up an advantage. 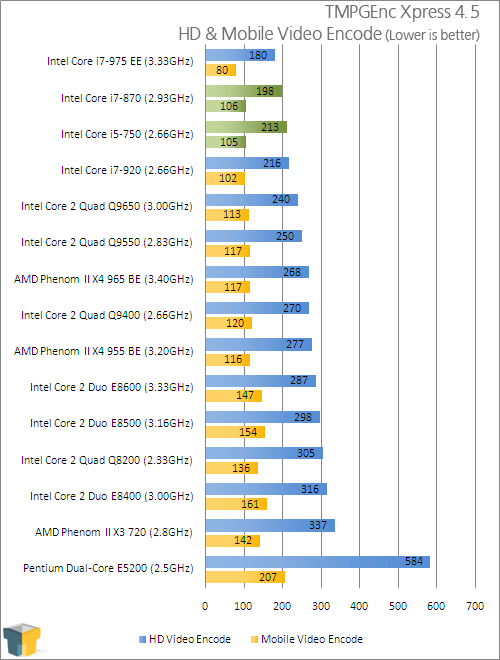 We’re starting to see a recurring theme here. What I’m most impressed by isn’t the Core i7-870, but the Core i5-750… it’s a $200 CPU, yet manages to beat out more expensive offerings in many of our tests.