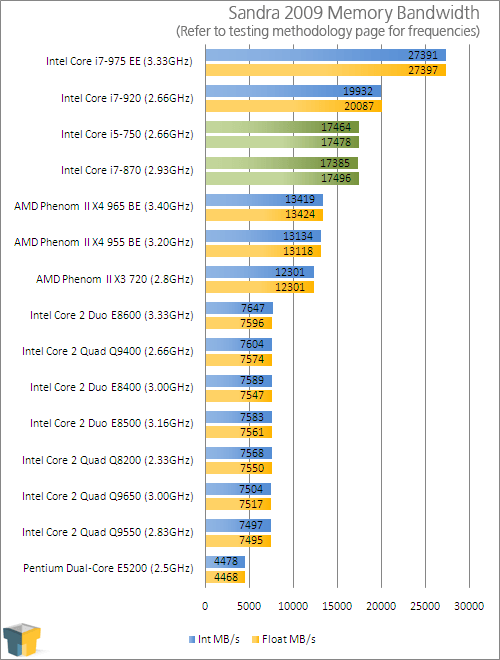 It’s no triple-channel memory controller, but the bandwidth it still huge. Not that the comparison between the Lynnfield results and AMD’s isn’t too fair, as each machine was running memory at different settings. Chances are anything above 10,000 MB/s is going to be overkill for most people. That’s not really a bad thing. It’s better than having the opposite occur. 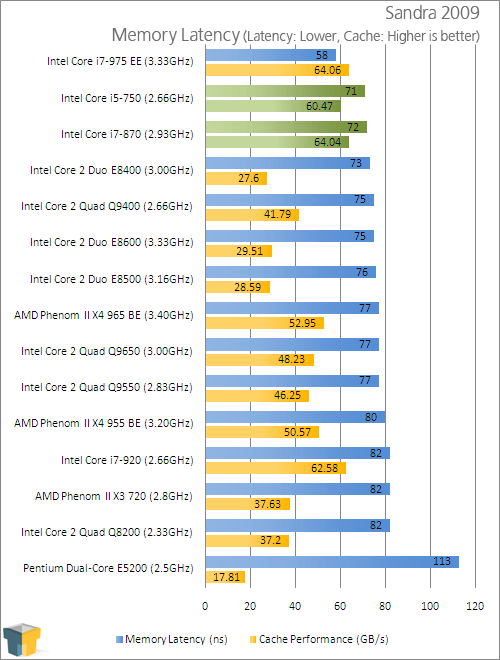 For both the Cache and Latency, the Turbo feature really, really helps push the Lynnfields ahead. There’s just no comparison here. The only thing that really comes close in the latency test are Dual-Core CPUs, and the Cache bandwidth is almost uncomparable – except to Nehalem. 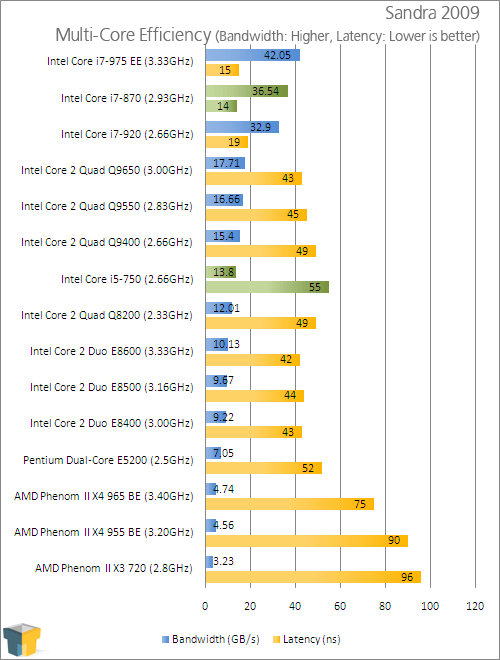 This test is interesting, because I would have expected to see the i5-750 hit a higher spot than this. Instead, it was beat out by previous Core 2 Quad-Cores. Of course, HyperThreading is making its mark again, which is why the top CPUs in the chart include the support.