It’s time to take a look at things from a synthetic standpoint, where differences might be seen, even if they aren’t reflected in most real-world situations. Thanks to Sandra’s offering of every system-related test we could ever need, we spent some time in there, especially in the memory tests, which the results are shown for below.

One thing is clear… faster memory is going to a) have more bandwidth and b) have lower latency. That goes without saying, and the graphs below prove this. In fact, the RAM scales well enough that the bandwidth almost doubles as the frequency doubles. What kills an absolute 100% increase is likely the timings, which have to be higher on faster kit, understandably so. 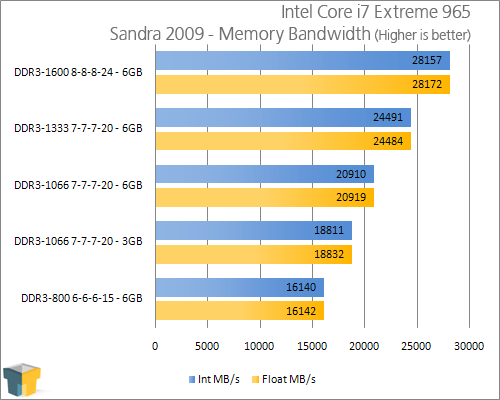 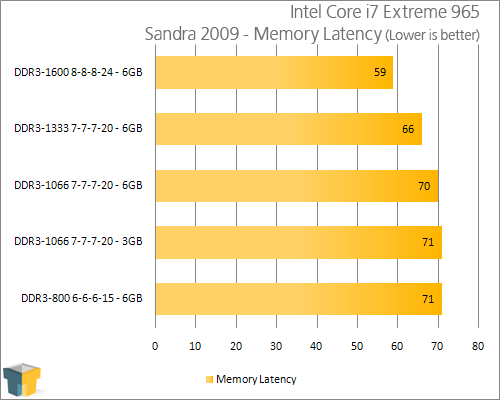 Our DDR3-1600 shows incredible performance all around. Not only is the bandwidth close to 30,000, but the latencies are far better than what we see with our DDR3-1066 kit. That of course hasn’t meant much so far though, as the performance gains have been minor, to say the least. So let’s take a look at the remainder of our benchmarks and see what happens. 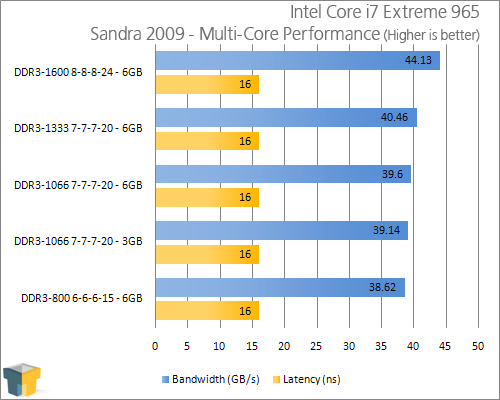 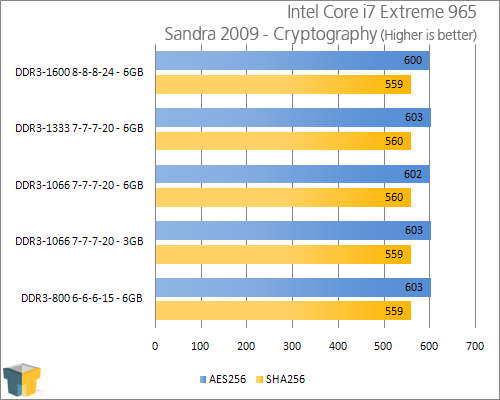 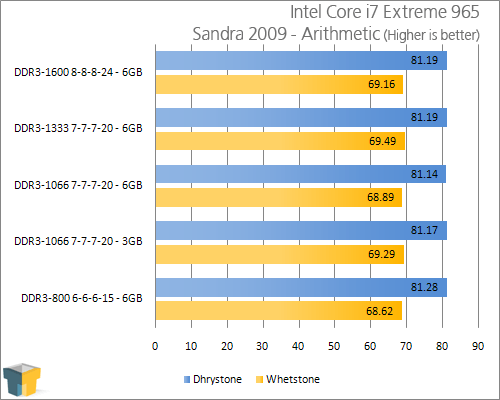 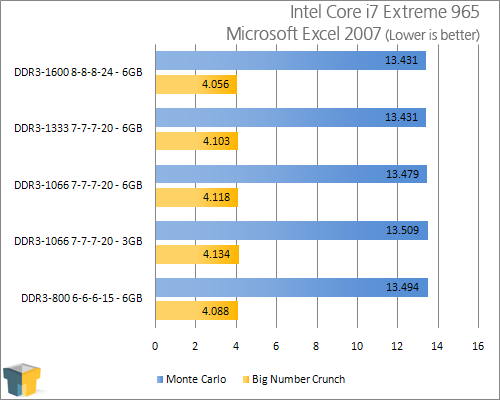 Whew, alright. Strangely enough, where math is concerned, tighter timings or faster frequencies seem to make no difference whatsoever. The reason I consider this strange is that when Super Pi was the “main” benchmark of choice, tighter timings did improve the overall calculation speed. It seems with today’s processors, the extra cores make up for the slower memory of yesterday in some cases. 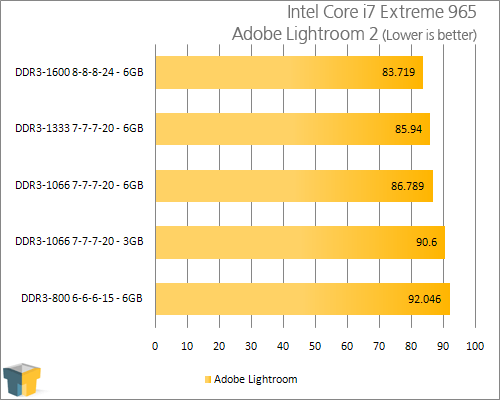 While RAM speed hasn’t made much of a difference in any of our tests so far, things are a little different with Adobe Lightroom. Here, the overall time-to-export decreased as our RAM speed increased, which gives undeniable proof that this is one application that will perform better with faster memory. The differences again are small, but they’re some of the best we’ve seen so far.

Finally, we ran 3DMark Vantage in lieu of real games as it’s synthetic nature is going to be better capable in stressing our system to its boiling point, which will help us see if memory is likely to affect gaming performance. 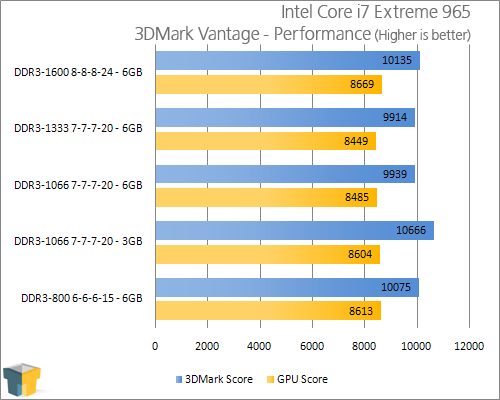 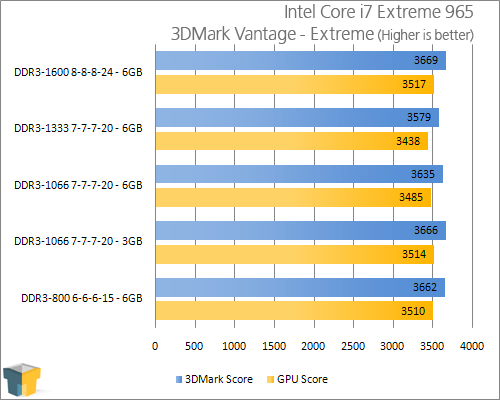 Though 3DMark does a good job of stressing the system, the outputted scores flip-flop so often, that it’s impossible to see proper scaling when comparing CPUs or memory speeds. It’s more useful in GPU reviews where there actually will be differences between the 3DMark and GPU scores. But what we cared about here was to see if our faster memory increased our gaming performance, and we found that out to not be the case at all. Our DDR3-800 delivered almost identical scores as the DDR3-1600.

So, what’s the verdict? Let’s talk about it next.