Unfortunately, not every company has copied ASUS and implemented an in-EFI screenshot capture tool, so I apologize in advance for these ridiculously overblown photos. I’m confident they get the point across, but not as well as I would have liked because right out of the gate, I have to say this is the best EFI I’ve ever seen. Yes, from Intel, the company which has had EFI on its motherboards for many years, only to now finally decide to do something different because every other company is.

Before getting into the reasons why, I do admit that keyboard functionality isn’t perfect here, as sometimes I am not sure where my selection is going to end up when hitting an arrow key, but once you become more familiar with things, it becomes very simple to use, and dare I say it’s a little intuitive.

The most important aspect of any EFI should never be its aesthetics, but I can’t help but talk about it the most. Intel has designed what I believe to be the classiest EFI out there (ASUS’ does come close, however). The entire interface is clean, and you’re greeted with useful information as soon as you enter. Without heading into a tree of sub-menus, you’re even availed a little bit of overclocking control within just a few steps. There are also buttons that direct-link you to common sections, such as your SATA configuration.

As these shots will show, as they bleed your eyes out, Intel has come a long way from this. Functionality-wise, everything’s here as I’d expect, and there’s even some robust fan configuration to delve into for those who want it (no doubt the reason for the strict usage of 4-pin headers).

We’re in the process of looking at ways to improve our motherboard reviews, and in the future we’d like to talk a bit more about the EFI we’re testing with. So please let us know what the most important feature of any EFI is to you, and we’ll consider focusing on it a bit more going forward (a good example is fan control). 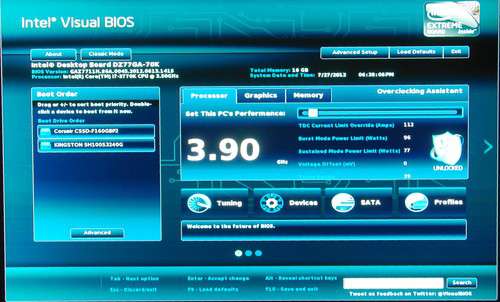 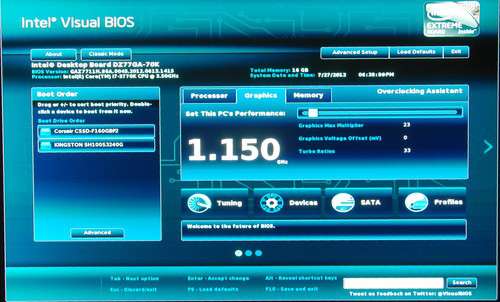 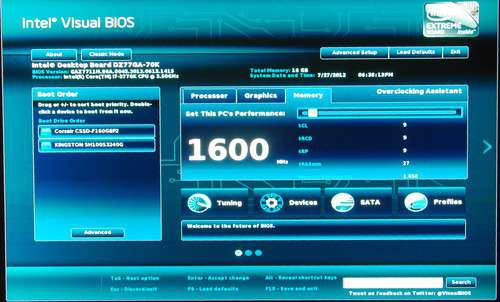 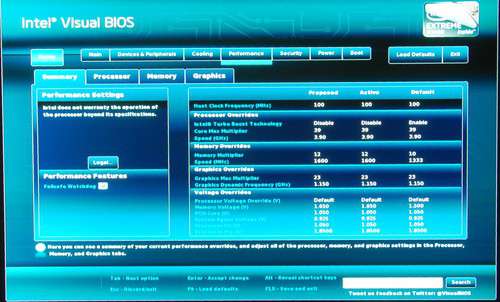 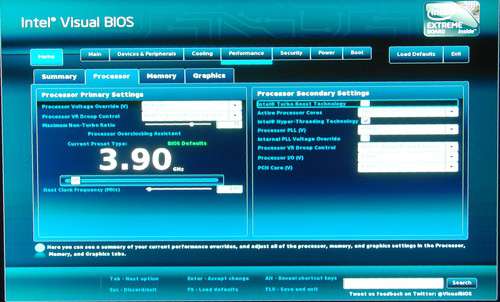 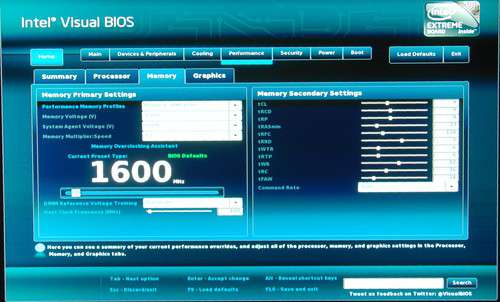 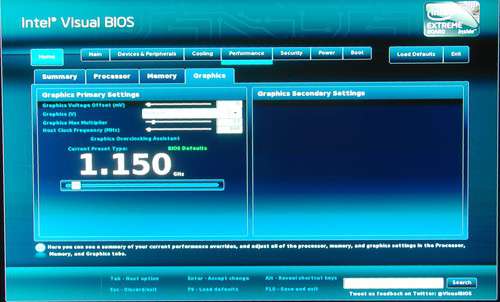 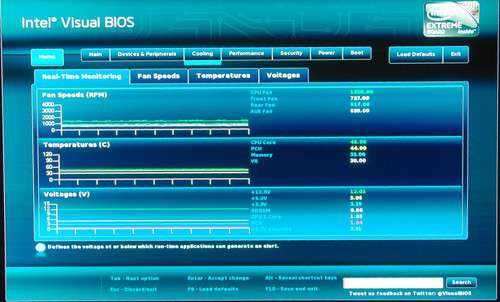 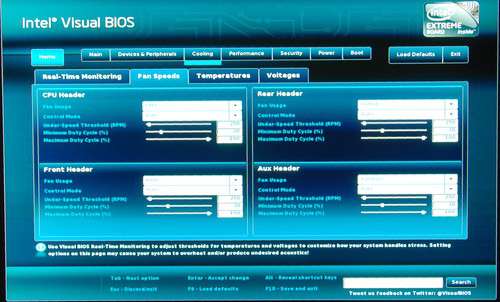 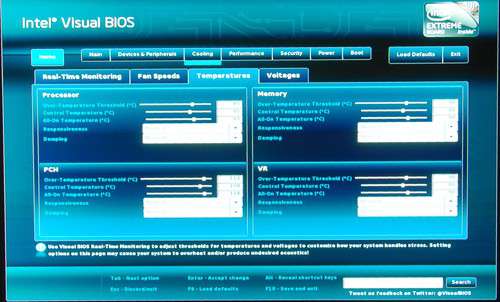 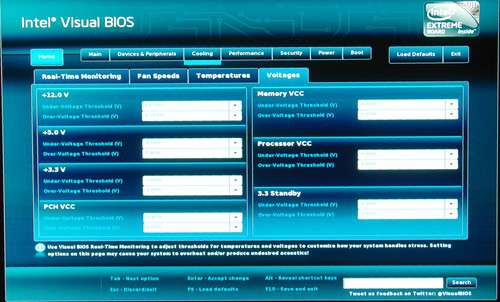 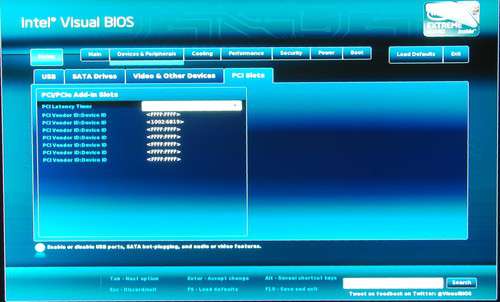 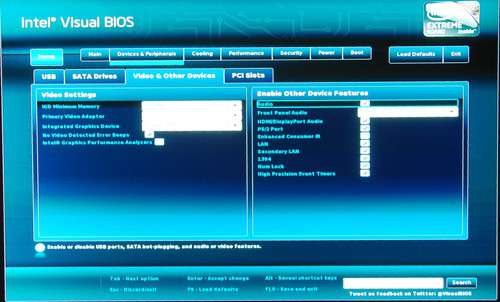 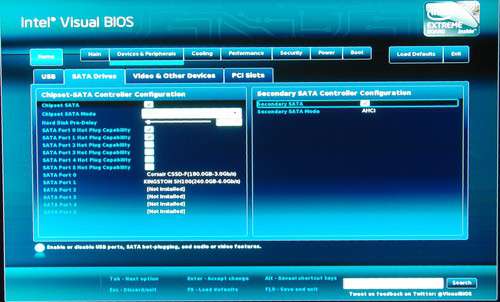 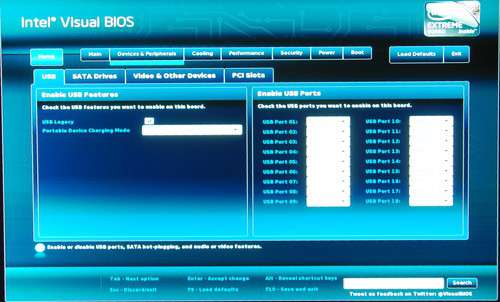 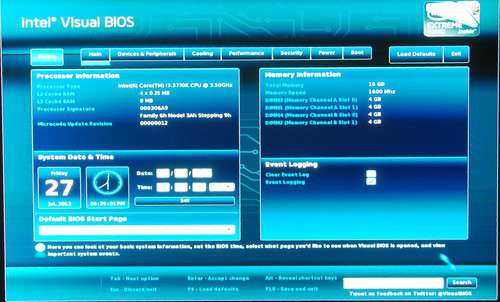 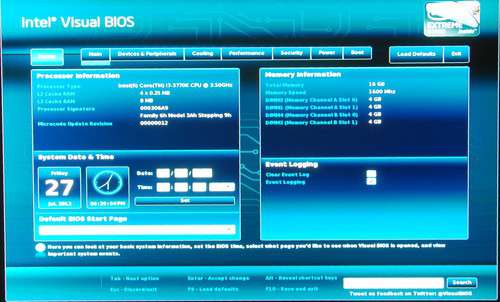 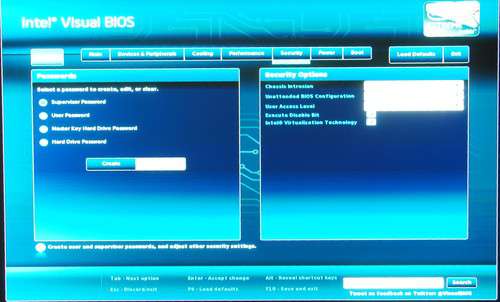 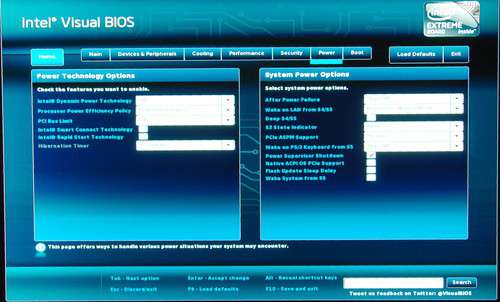 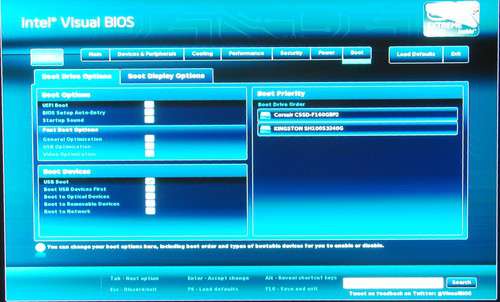 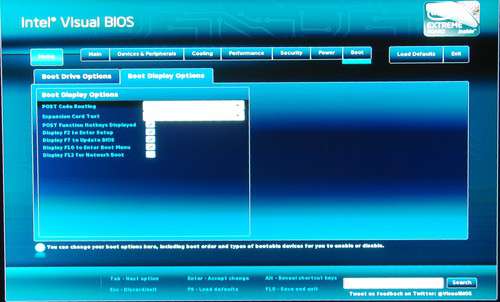