Sciencemark is a superb CPU and memory benchmarking tool. It gives you total freedom over your tests and is more in-depth than most other tools out there. The Molecular Dynamics test is very complex, but overall the lower the time the better. The Cipher test takes a popular encryption scheme and decrypts using it. Once again, the lower the time, the better.

One example here I like to look at, is the difference in the Moldyn between stock and 3.74GHz. It skims a full 27 seconds off the time, for an overclock that can be done on air cooling. The Cipher scales quite well to our overclocks also. 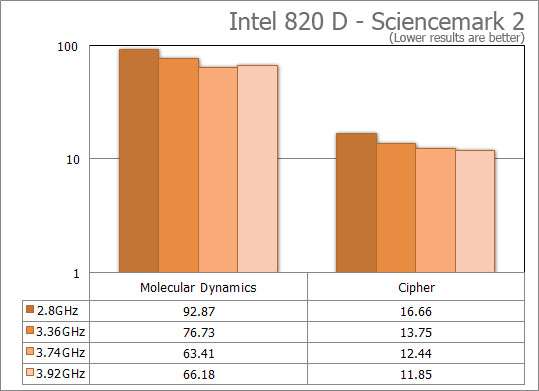 Cinebench is a very unique benchmark, because it’s built atop a popular 3D modeling program called Cinema 4D. There are two separate tests that you can use, but we focus on the CPU intensive one. These CPU tests are divided into 1 Core and multi Core benchmarks. It renders an image using one core, then multiple, or in our case, two. The higher the score, the better. 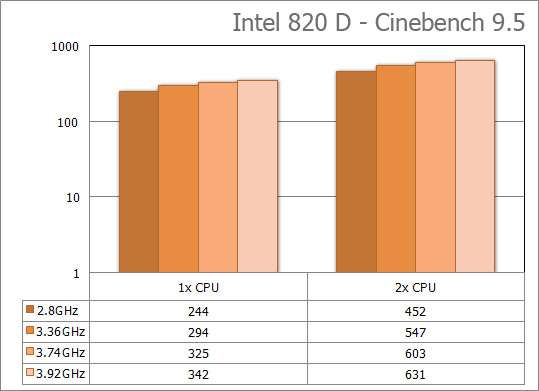 SuperPI is a simple concept, but is a great way to see how fast your CPU can process a ‘simple’ mathematical calculation. In this case, it calculates PI to a specified amount of digits past the decimal. Since PI is virtually never-ending, it proves a perfect test. We choose to run 1M, 4M and 8M tests.

I was hoping that the CPU could break 30s SuperPI, but it couldn’t. On water at 4.2GHz, it came very close. But due to the second weak core, I believe it was holding back some of it’s power. For a ‘budget’ dual core, these times are very pleasing though. 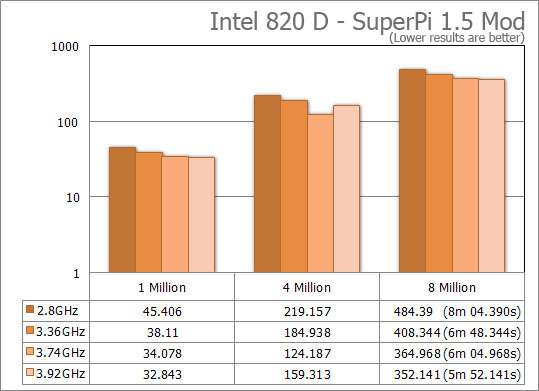