by Rob Williams on February 4, 2008 in Processors

Consisting of two Extreme Quad-Core processors, Intel is looking to redefine what we know as “high-end”. Skulltrail is touted as being the “ultimate” enthusiast platform, offering SLI and Crossfire support, huge overclocking abilities and enough sheer power to make the competition weep.


As we found out on the previous pages, gaming is one area of computing where multi-core processors are not thriving. We’ve been promised multi-threaded games for quite a while, and even touched up on it in last years review of the Q6600 Quad-Core. As it stands today though, multi-core games are not that prevalent, though they are beginning to catch on more rapidly.

Call of Duty 4 and Unreal Tournament III are two games that will take advantage of multi-core processors, but neither of them use more than two cores (in personal tests). This is evidenced on page twelve, where the QX6850 delivered the same average FPS as the Dual-Core E8400. In many cases, extra cores won’t make a difference, but higher overall frequency will. This is especially true in games like Half-Life 2 and FEAR, which are incredibly CPU sensitive.

What multi-core games are on the horizon, then? Alan Wake is to be the first game to truly take advantage of multiple cores, but we’ve been hearing that for a while. The release date is still unknown, though it should be sometime this year.

What it comes down to is the fact that games don’t need multiple cores, at this point in time, unless the developer decides to amp up the in-game physics, which I know many gamers wouldn’t mind seeing. Physics would be the primary reason for multi-threadedness, and I hope to begin seeing titles that push the boundaries soon.

Despite the fact that the game came out in late 2006, Flight Simulator X is such a beast, that it still can make high-end systems cry. Its system-intensiveness could be compared to the likes of Crysis, even though the latter has far more appealing graphics. Unlike Crysis, Flight Simulator is far more CPU bound than GPU bound. 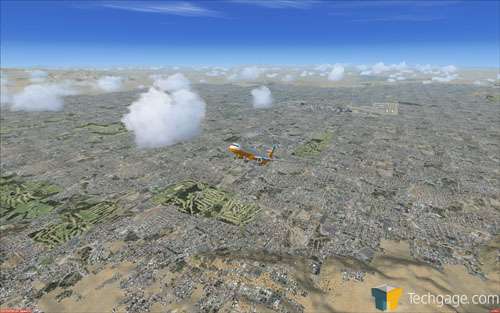 At last months CES, Intel had a complete Skulltrail system on display, with Flight Simulator loaded up. The level chosen, appropriately, was Las Vegas, so I decided to use the same level throughout my own testing as well. During the example at the show, their machine managed to use all eight cores at once, or at least come very close. I haven’t been able to directly replicate this, however, throughout a few different setting configurations.

The interesting thing with this game, is that even with the lowest graphic settings possible, the game will still eat up a Quad-Core and ask for more. There is so much rendering going on during gameplay that additional CPU power is appreciated.

Similar to Intel’s chosen example, I decided to test out the capabilities of the eight-core machine by loading up the Las Vegas level and choosing to fly with an Airbus A321. I am not a flight sim expert, nor do I even know how to play the game properly, but I do know how to take off and adjust to auto-pilot. The test began with the runway and ended about five and a half minutes after we were airborne. 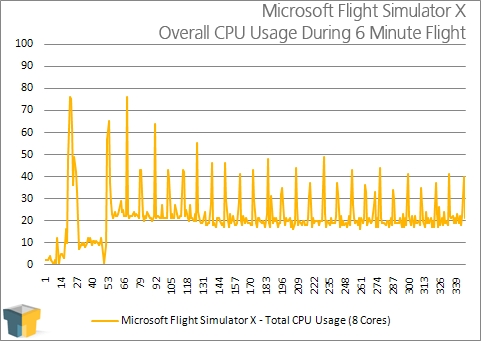 The takeoff is where the system became most intensive, but it was only for a short burst. It used upwards of 78% of all eight cores at once, proving that the game is indeed able to benefit from greater than Quad-Core. Given the sticky nature of the game itself, I didn’t notice any visible performance increases, however.

Lost Planet is another game that Intel touts as being able to utilize eight cores, but I haven’t seen the game use quite that many, but rather hover around six. This could be due to chosen settings, I’m unsure. 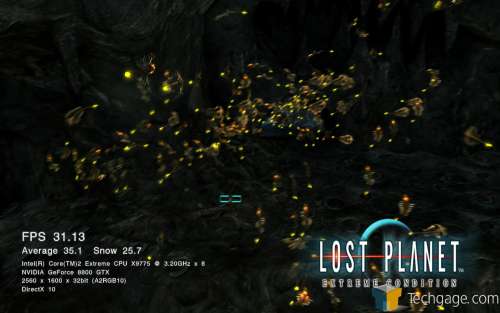 Comparison wise, though, no performance increases were seen in way of average FPS, but that wasn’t expected. More cores doesn’t necessarily mean faster games, but rather more immersive games. Now we just have to sit back and wait (even longer) for them to arrive.

With gaming out of the way, let’s pit our single QX9770 against Skulltrail’s dual QX9775s with a few specific benchmarks to see what kind of benefits can be seen.