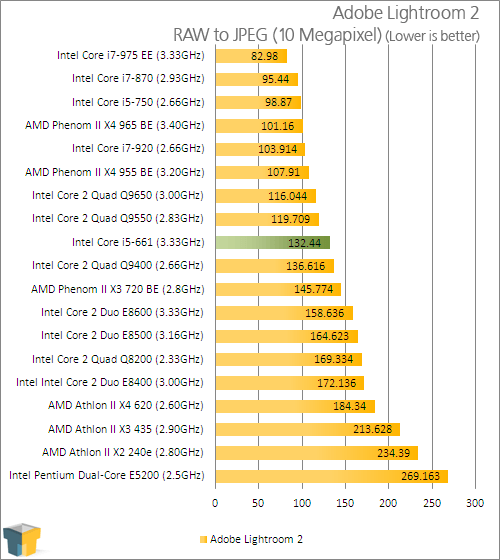 In almost all scenarios where the CPU is stressed, any Nehalem-derived processor is going to deliver faster performance than the previous generation, thanks to its Turbo, but with Lightroom, we still see a near 30% boost, an increase that Turbo itself has little hand in (Turbo in itself would make about a 10% performance boost in a totally multi-threaded application). So, the architecture enhancements shine through in tests like these. 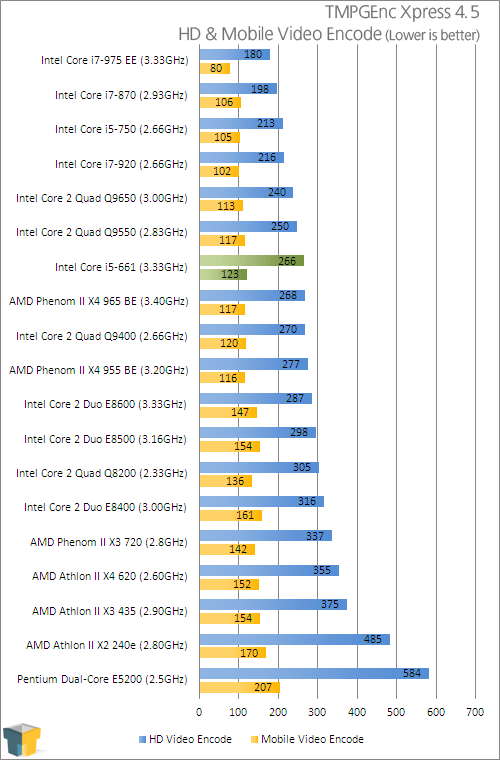 Not one to break tradition, the Core i5-661 continues to dominate, compared to its older dual-core siblings, with performance gains of between 15 – 30%, depending on codec or video workload.