Note: Our gaming tests on this and the next page were completed with an ATI Radeon HD 4870 installed, not the integrated graphics processor. Our goals here is to see how Westmere stacks up compared to all of the other CPUs we’ve tested in recent memory. Many people who purchase Westmere will purchase a discrete GPU, so this information is important to note. We have specific IGP benchmarks and performance three pages over. 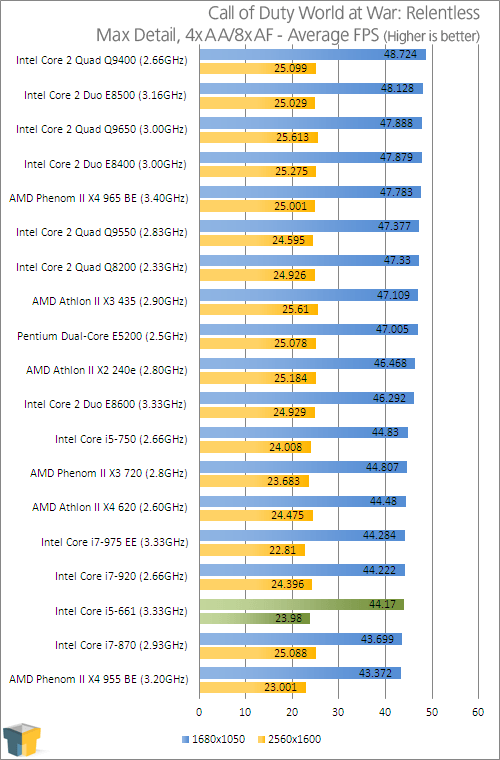 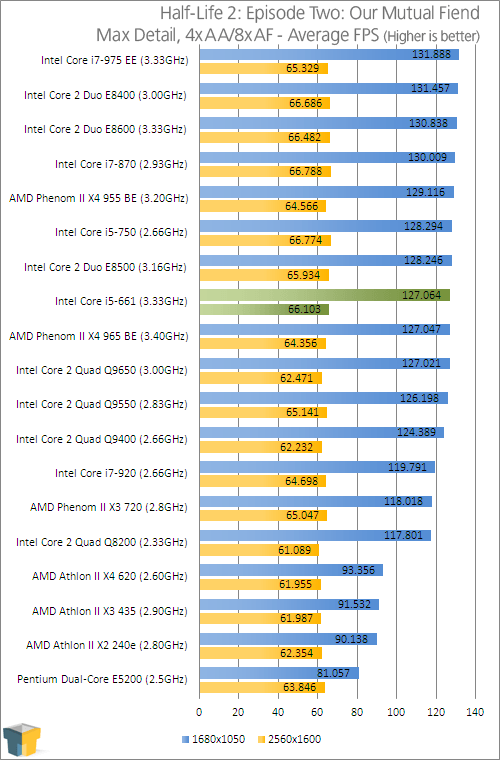