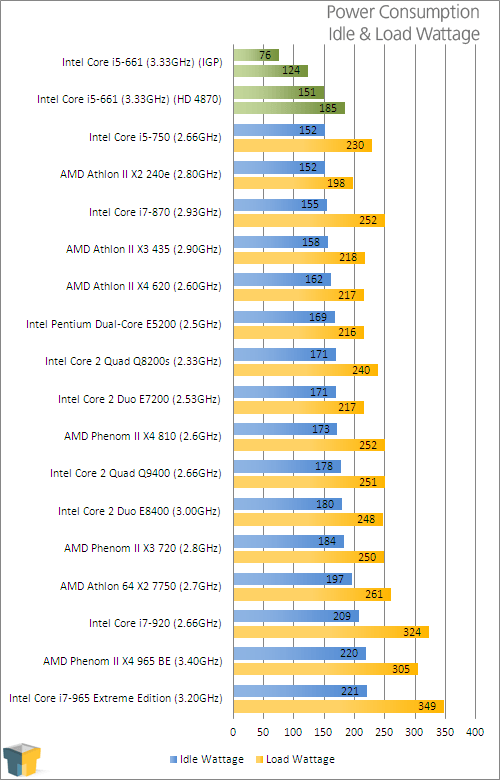 Throughout all of our tests so far, Clarkdale has proven to be in a unique class. Compared to all other dual-core CPUs, it’s extremely fast, and showcases gains of between 10 – 35% on average. Of course, being built on a 32nm process, along with its architecture upgrades, we could assume that the Core i5-661 will also excel where power consumption is concerned, and we’re spot on with that… just look at the results.

Because all of our other configurations were tested with a discrete graphics card, I included two sets of results here. One has the GPU installed (Radeon HD 4870), and the other without, so the IGP steps up to the plate. With or without the discrete card, the i5-661 turns out to be the most power efficient of the entire bunch. It’s idle power draw doesn’t change much from its closest competitors, but the only CPU to come close to its low load is AMD’s budget 240e dual-core.