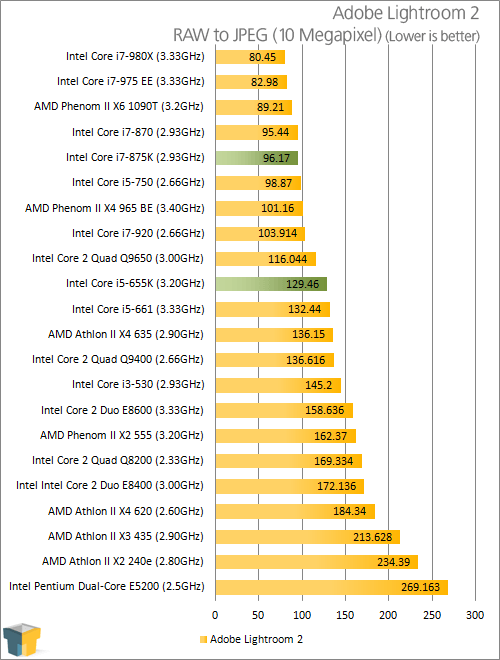 The Core i5-655K continues its trend of dominating the Core i5-661 here, furthering our belief that BIOS updates can perform miracles from time to time. It would be unfair to retain incomparable results for too much longer, but thankfully we’ll be soon to complete our CPU testing suite revision, so that will give us completely fresh results from every model.