Where do I begin? When I first received the Core i7-980X, I didn’t think too much of it. Given the facts, I had an idea of what I could expect to see performance-wise. To be simple about it, the i7-980X is an i7-975 with +50% the number of cores and threads and is based on the Westmere architecture. From that alone, it’s fairly easy to surmise what the performance and experience will be like.

But as I sat down and started goofing around with the chip, I couldn’t help but get really excited about what I was dealing with. The experience was similar to the first time I touched a quad-core… it just felt like I had so much breathing room, and couldn’t find enough stuff to throw at it. The same can be said about the i7-980X, but maybe even more so. The Core i7-980X is an unbelievably powerful processor, and a total blast to use. It’s that simple.

I’m still not willing to buy into the fact that everyone needs a six-core processor, but for those who are willing to take the plunge, there’s a lot of fun to be had, and enough power to get your big projects done fast. Although most of our benchmarks that we used for this review aren’t entirely designed to the fullest for multi-core processors (especially 4+ cores), I was pleasantly surprised to see that despite that, the Core i7-980X still gave us a nice boost in many areas.

If you deal with either 3D rendering or media encoding on a regular basis, the Core i7-980X is a blessing. You can see the proof in our results tackling those scenarios… the increases can be huge. Plus, I am not even entirely pleased with some of the benchmarks we did run, such as the video encoding, since DivX is seemingly being used a lot less today. I’d like to follow-up in the future, once we get our new CPU suite sorted out, to see if even larger increases can be seen with today’s more popular HD codecs, such as WMV, MP4 or even MKV.

I should mention again about the superb power consumption we also saw from the i7-980X. As you can see on the previous page, it actually manages to use 45W less at full load compared to the i7-975, despite having two extra cores to deal with, and being built with a very similar microarchitecture. The shift to 32nm sure does deliver some nice rewards. 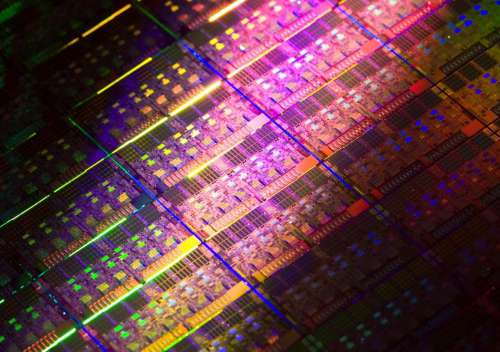 One of the more impressive features with the Core i7-980X is the fact that it’s set to sell for $999. It’s not atypical for Intel to price its high-end models at that same price point, but we’ve just made a rather sizable leap here, and that’s not even considering that the company is even including a great CPU cooler in with the price. For those looking to build that new high-end rig, this is going to be hugely appreciated.

By now, you can probably conclude on whether a six-core processor can make a big difference in your life, and I can honestly say, if you are a power user, it certainly can. But if there is one disappointing thing about Gulftown as it stands today, it’s that it’s not going to be accessible to the vast majority of people for a while. But, given the beast we’re dealing with here, that’s not all too surprising.

As mentioned earlier, the fact that Gulftown is off-limits for the cash-conscious consumer works out to the favor for all those who are going to be taking the plunge. It means that they can purchase the Core i7-980X and actually have confidence that it’s going to remain Intel’s highest-end chip for a while. And also as mentioned, because we’re dealing with six-cores here, it means it’s pretty well impossible for someone to take a Bloomfield and overclock it high enough to match the performance, at least at 100% stable.

That’s where AMD’s Phenom X6 chips are going to be very interesting. Chances are good that X6 chips will carry a bit of a premium as well, but you can bet that they’re going to be much more affordable than $999. Given AMD’s current architecture, its X6 chips aren’t going to compete that closely with Intel’s Gulftown, but it’s certainly going to be an option for those looking for a six-core at an easier-to-stomach price.