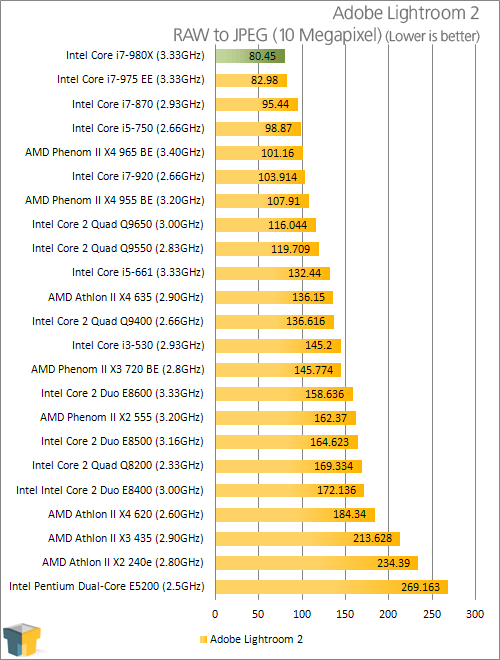 And here we have a great example of an application that is multi-threaded, but not to the extent that we’re going to see major gains on a six-core or higher processor. For our tests, we’re using Lightroom 2, but 3 is right around the corner, so we can hope to see further improvements made there.

I have to admit that I’m quite impressed here, because the six-core is actually put to good work. We didn’t quite reach the 35% faster mark that Intel stated in the press deck, but did come rather close, at 31%. Depending on the video encoder used, I’m confident 35% could be hit. For our future video encoding tests, we’ll be dropping DivX in lieu of today’s more popular HD formats.