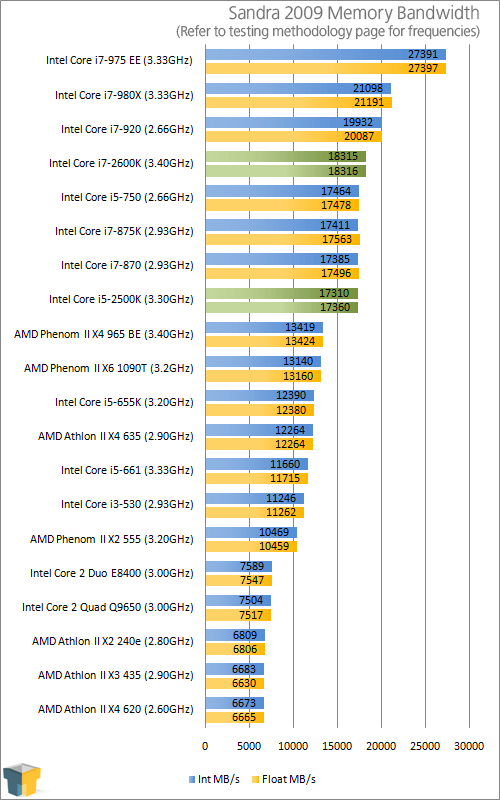 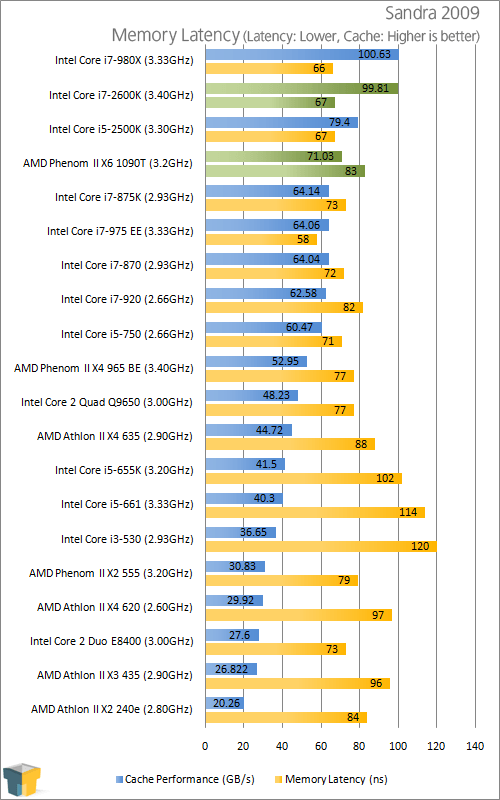 Mentioned earlier, the improved design of Sandy Bridge should give us far better memory latencies compared to Clarkdale, and sure enough, that’s true. In fact, the latencies we see are some of the best we’ve come across, and in terms of bandwidth, that’s also been amped up. 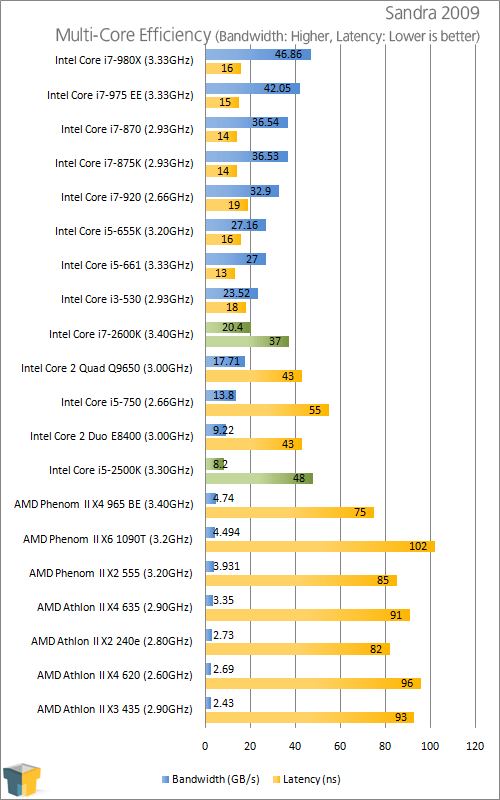 While memory latencies are impressive, the results here are a strange turn of events. The inter-core bandwidth and latencies are actually worsened compared to Clarkdale and other Intel offerings. Fortunately this hasn’t been reflected in our other results.