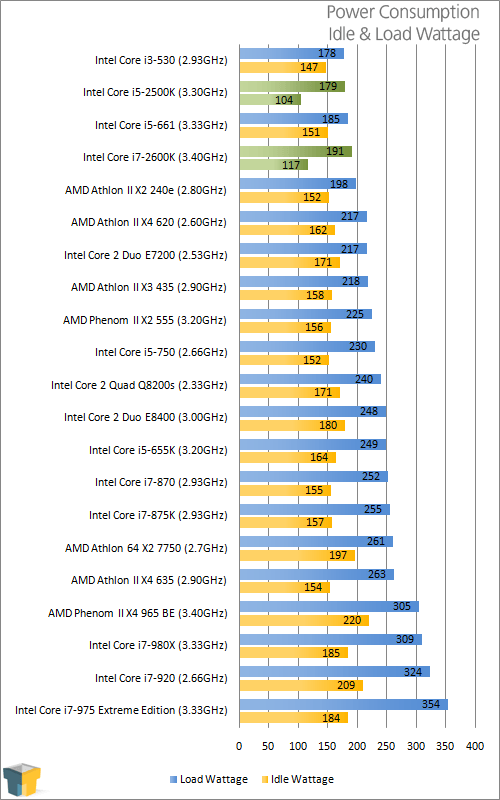 As is the way with improved architectures, power efficiency is a definite priority of both AMD and Intel, and on Sandy Bridge, the improvements are evident. How so? Well, the quad-core/eight-thread Core i7-2600K uses less power than the dual-core/four-thread Core i5-530 Clarkdale processor. Given the major performance advantage that the 2600K has, that’s without question one of the more impressive features of Sandy Bridge.