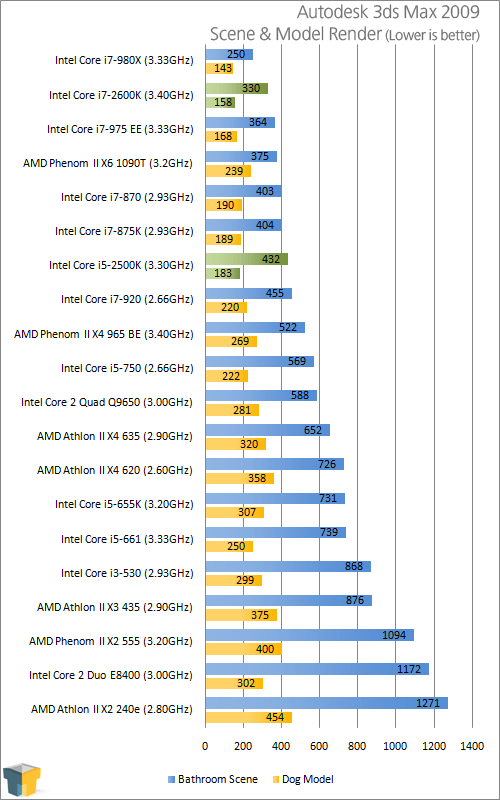 The $216 Core i5-2500K, which lacks HyperThreading, is noticeably slower than the Core i7-2600K, but it still manages to surpass most of the models tested here. 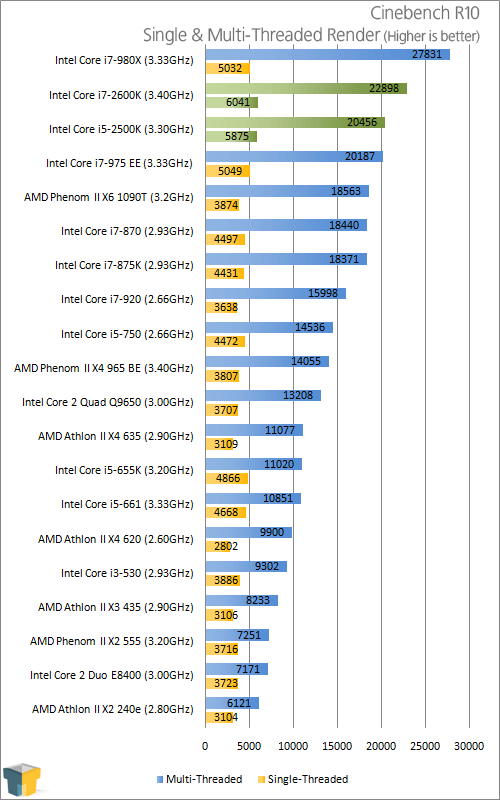 The Sandy Bridge models continue to impress here, out-pacing everything except for the high-end Extreme Edition six-core. Even the single-threaded performance of the Core i5-2500K manages to beat the faster single-thread clock speed of the Core i7-980X. Need proof that Sandy Bridge is an efficient architecture? There it is.