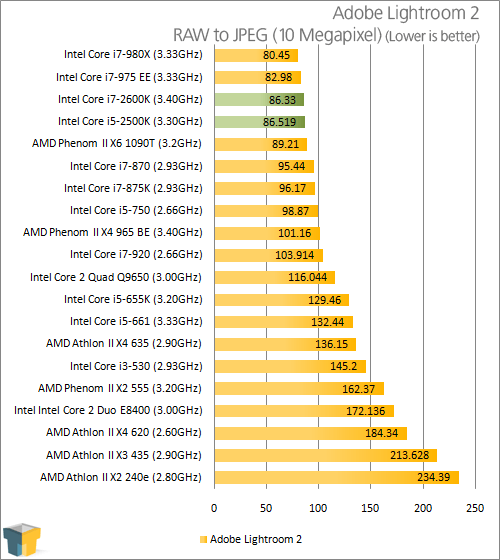 Unlike our 3D rendering tests on the previous page, Adobe Lightroom doesn’t take full advantage of all the cores that a CPU might offer, but the single-threaded performance can still be improved, and in this case, it has been. Both of the Sandy Bridge models performed exceptionally, placing themselves ahead of most of the competition. 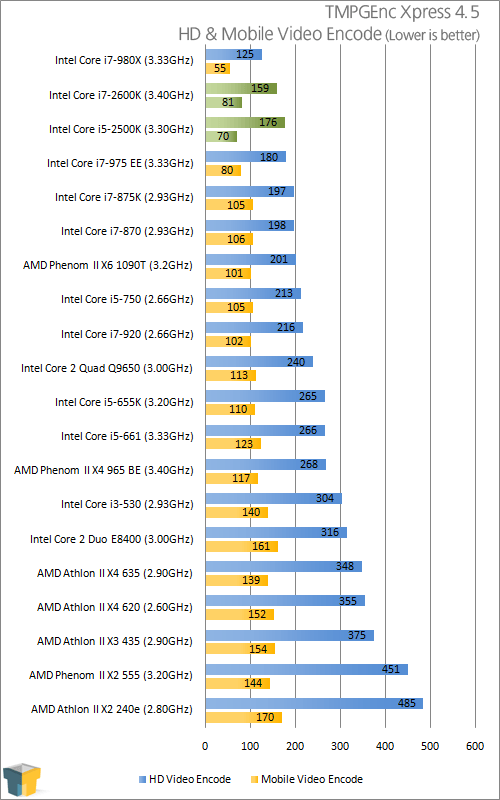 Both CPUs continue to impress here, although for some reason the 2600K proved to be a tad slower in our mobile encoding test. Due to time, I wasn’t able to investigate this, but it could be a fluke. The other tests did line up as expected, though.