by Matthew Harris on November 4, 2005 in Software

Do you feel that your computer could run faster? Is it being held back by the endless junk piles lying around your hard drive? iolo is back once again, with their latest System Mechanic incarnation, which improves on the tried and trusted tools in the previous versions. Let’s see how it stands up today. 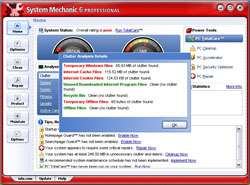 The next example is of the fitness of my system. Looking at it you’d think that my drive had bad sectors or other issues but be assured, it doesn’t. Sys. Mech. wants to look at a log of Scandisk to be assured of my drives health but since there isn’t a current one it assumes that the drive has issues and tells me there are. How do I know that my drive is good? Well, this is a fresh install of windows after a full format and I have checked the disk with Scandisk during boot-time defrags via Diskeeper and there were zero bad sectors.

If you’re a power user you won’t bother with the analyzer anyways but a normal user will find things like I’ve outlined above to be rather distressing because it paints an overall negative portrait of your systems health.

Personally I’d like to see the system fitness tied into the internet cache and cookies, so that if there are spyware files then they can be flushed along with having the spyware removed and see them removed from the clutter test. So that these generally benign files can be removed as a source of alarm and when the clutter IS addressed by the user they won’t be unknowingly dumping all their cached web content and cookies, making it necessary to re-enter all their site info in password protected sites such as forums, image hosts and others plus generally slowing their surfing.

I’d also like to see the Scandisk issue resolved since because it can’t run a disk scan on system disks in use it assumes they have errors and creates an alert where none exists. 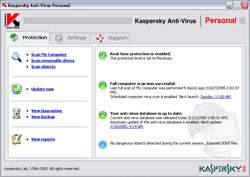 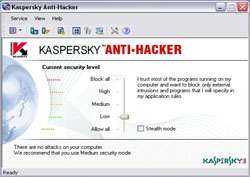 The one main difference with the Pro version of System Mechanic 6 versus the basic version is the inclusion of Kaspersky’s very nice Personal Anti-Virus and Firewall which is a nice touch for a home user but for an enterprise user they are slightly lacking in configuration options which begs the question, are they to be classed as “Pro”?

That small niggle aside they are definitely worth the added $20 over the basic version. Kaspersky is one of the few A-V makers I’ve seen that updates their definitions several times per day, every day.

The Firewall offers very full protection and the “Low” setting that I’ve got chosen allows you to run your PC on the assumption that all your programs are trusted (mine are) and allow (almost) all outbound traffic while keeping out inbound threats and I’ve run 3 different scans from various security related sites and I’ve had all three scans blocked by the firewall along with a popup from the firewall alerting me to the threat plus they were logged.