One of the big features with Kate OS is the updateos command. Similar to yum or emerge, it has the ability to upgrade or install new applications, and also update your entire PC. After the installation, I ran ‘updateos -ud’ and it proceeded to update a total of 6 applications. This will vary depending on what you have installed, of course. 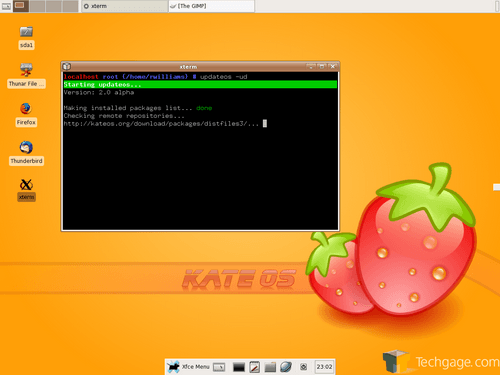 You will get something like this if you run the ‘updateos –find program’ command. 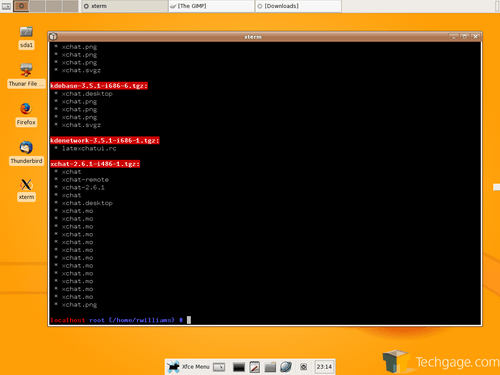 I tried to install X-Chat because I didn’t realize it was already installed, and it simply told me so. So I tried to install k3b, and it did so without a hitch. It first downloaded the required dependencies and then the program. After it was finished, it installed a shortcut in the Xfce menu. 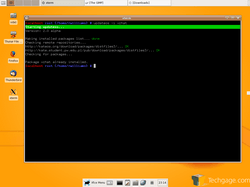 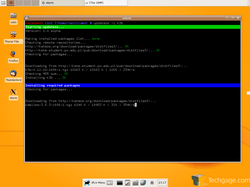 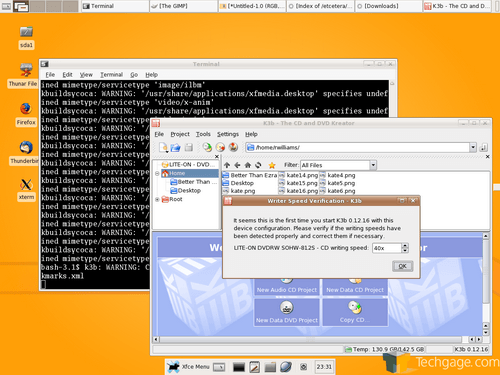 I had originally tried to install the NVIDIA driver through the updateos command, but it would not compile. So, I downloaded the latest version off the NVIDIA website and installed it. After restarting the X server though, it was apparent things were wrong. 7.1 seems to have issues with current NVIDIA drivers, and possibly ATI. As you can see in the following picture, the fonts are not readable, and the GUI flickers when I hover over it. I had figured maybe changing the current color scheme would fix things, but not so.

Even with the debunked looking OS, OpenGL functioned fine. It was just the rest of the UI that was having problems. I hope to see these issues fixed when Kate OS 3.0 is released, although this specific problem is not the developers problem. However, it will still be hard to use a system with a version of X that’s incompatible with new video drivers. If anyone has suggestions regarding this, or want to correct me, feel free :-) 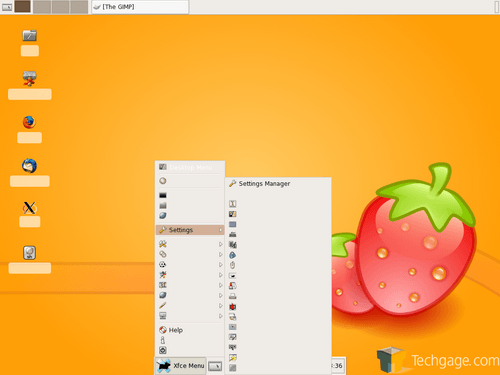 I have wanted to give Kate OS a try for a few months now, and I am glad that I finally have. Despite it’s lightweight moniker, it’s quite a robust distro. The developers have not cut any corners, and all of the base packages you will need are there. They have even included a few of my favorite CLI applications, including lftp and lynx. Many of the installed packages, including the kernel, gcc, X and others are pretty well up to date. Some have had newer versions for a few months now, but completely stable versions may be the goal here. X 7.1 is the biggest gripe with me though, so I am hopeful that NVIDIA will get on the ball and release some updated drivers soon. 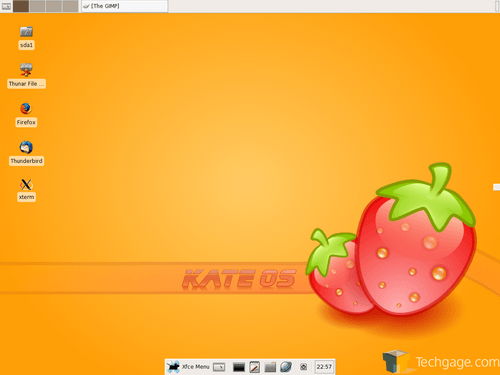 There’s no doubt that Kate OS earned it’s lightweight status, even though the ‘full’ install took 4GB. The system ran very smoothly from the get go, with no sign of lag or slowdown. Though Xfce is the recommended DE, there’s nothing stopping you from using WindowMaker, KDE, GNOME or whatever else suits your fancy.

updateos is a great feature of Kate, and was easy to use. If you’ve used anything similar, then you will feel right at home once you learn the tweaked commands. To update your systems packages with ‘updateos -ud’… what could be easier? I have only spent a day in Kate, but walk away impressed. I look forward to seeing the progress of this distro, and plan to take a deeper look at 3.0 when the final version is released.

And for the fun of it, if anyone happens to know more information on these X 7.1 video driver bugs, feel free to shoot me an e-mail :-)

If you wish to give Kate a try for yourself, you can head on over to their website.