Over the past few years, many storage companies have been jumping on the CrystalDiskMark bandwagon to help strut their product’s performance, and it’s easy to understand why. Compared to others, CrystalDiskMark delivers results that are much higher, and in some regards, they could be considered unrealistic given that real-world tests and even other synthetic benchmarks never seem to back up its claims. We include it for the sake of interest and because it is still a very thorough benchmark. 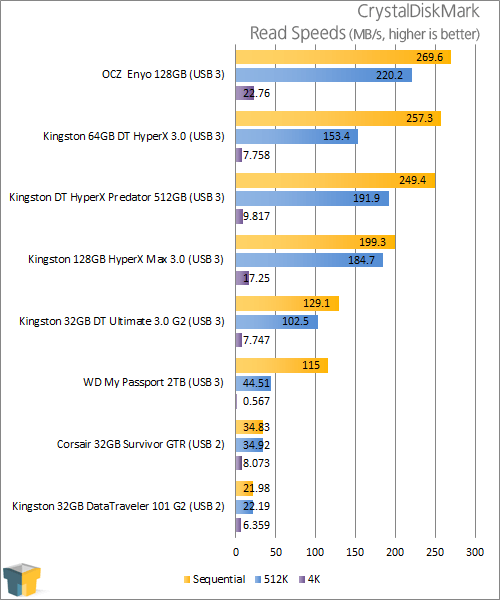 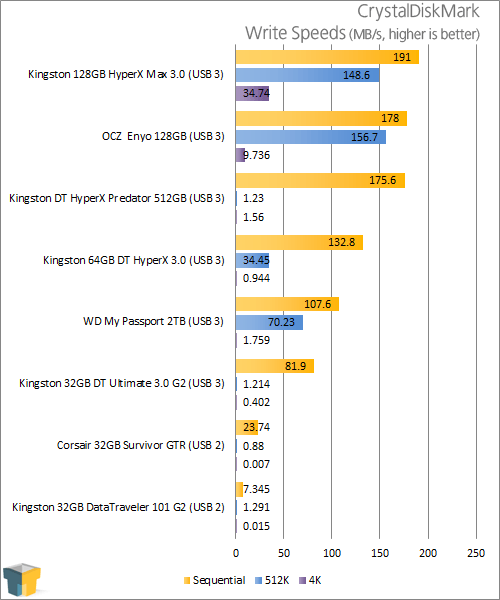 Performance in HD Tune for the read speed fell slightly behind expectations, but CDM gave us the opposite result by delivering higher on both fronts, with 250MB/s read and 175MB/s write. We’ll soon see if that carries over into real-world performance. 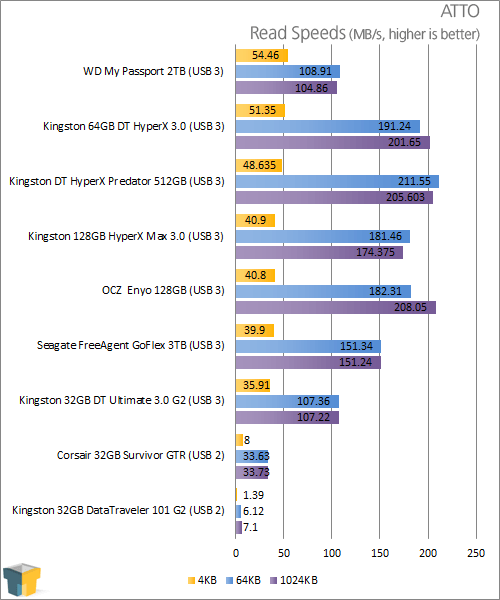 As far as ATTO is concerned, the Predator drive is one of the fastest we’ve ever taken a look at, especially where 4KB data transfers are concerned.

Note: We benchmarked the Predator drive using both 32KB (default) and 4KB cluster sizes for these tests; the former because it’s default and the latter because it’s the standard size we used on all of the other drives. 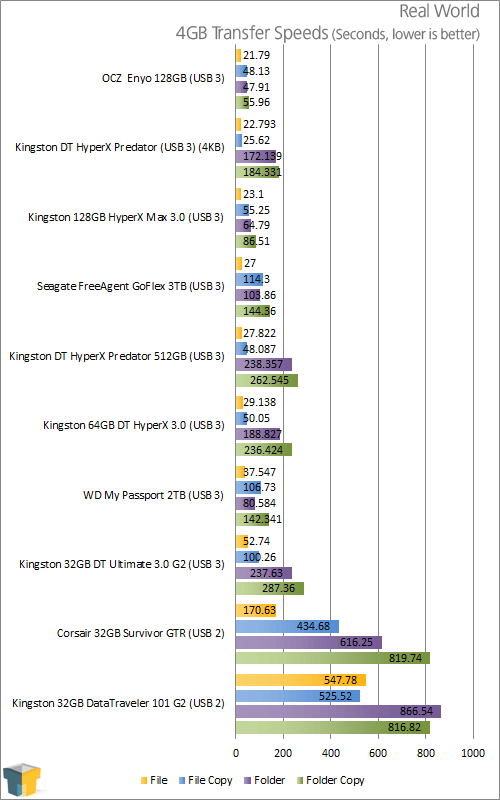 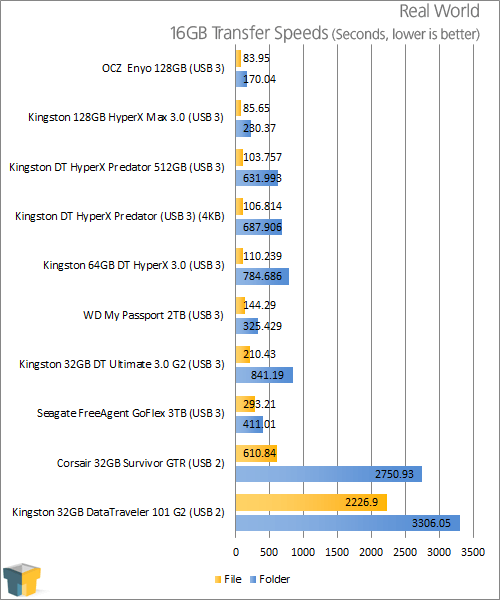 The first thing to note from these results is the difference in performance that moving from 32KB to 4KB sectors made – huge. We shaved a couple of seconds off of the file transfer and about 40% off the folder. That is, without question, significant. That comparison aside, the Predator performed great where solid file transfers were concerned, but fell a bit behind when thousands of files are transferred.