Like SiSoftware, Canuck company Lavalys also recently released an updated version of their benchmark, Everest 4.0. We will be using it for all of our future memory reviews, until Everest 5.0 hits. 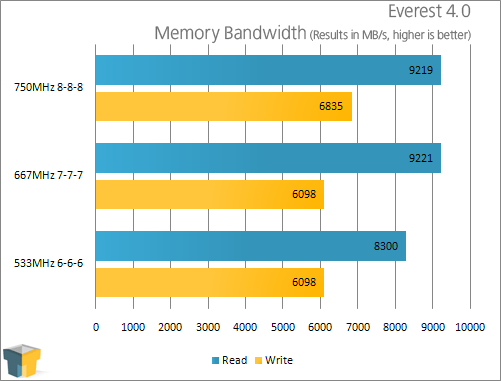 Results seen here are interesting, because though the same settings are used as the OCZ kit last week, the top two results are different. Here, both are near identical performance-wise, minus the CPU-driven write speed of course. Our OCZ kit proved better overall, which might have been due to the extra voltage that was required. Both the 533MHz and 667MHz settings were far faster on the Kingston kit, however. 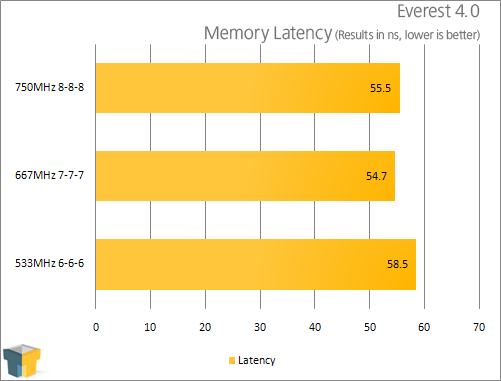 Compared to the OCZ kit here, the Kingston came out on top big time. By comparison, OCZ had 58.2ns at DDR3-1333, while Kingston’s had 54.7ns. The lower voltage could have helped out here. Sometimes voltage can help, sometimes it can hurt, apparently.

As far as DDR3 goes, these modules impressed for their stock speeds and modest overclocks. Since these were released, updated kits have made their way into the market, which have been far more lenient towards overclocking. Compared to our OCZ kit though, these proved to be better overall thanks to their lower voltage requirement at each setting. That helped us achieve lower latencies overall. 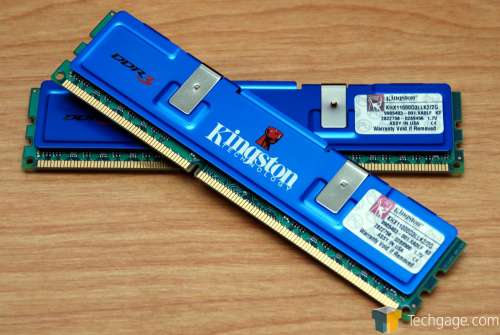 We normally give a product an overall rating at the end of each review, but at this point in time, I have no desire to haul out a rating of any sort for DDR3, simply because it’s too difficult, as mentioned in the introduction. There are too many factors that come into play, such as overall speed, price and so forth. After we accrue more DDR3 kits and publish more reviews, we may begin giving them overall ratings.