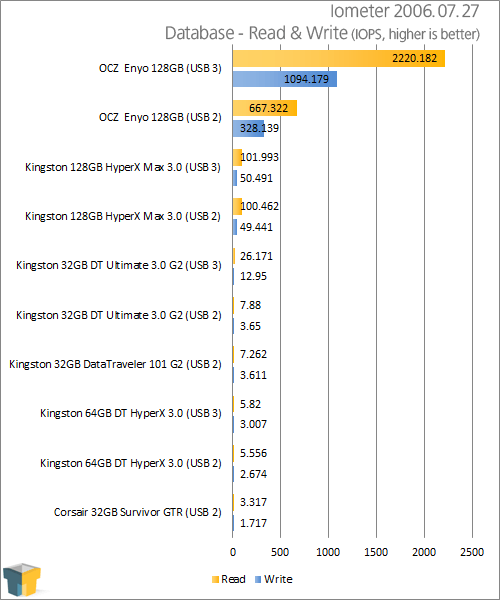 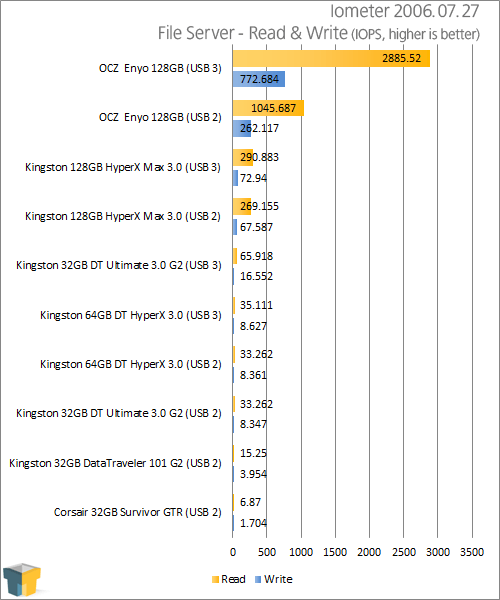 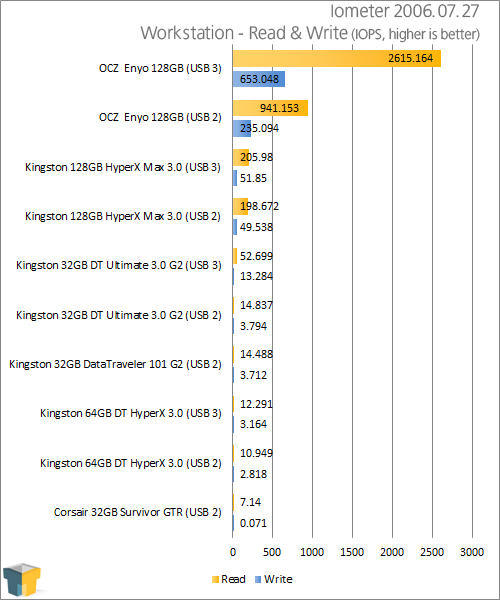 High IOPS is rarely a priority on Kingston’s list when developing a product like this, as the company feels the overall throughput is more important than the number of simulataneous transfers that are possible. On a product with IOPS performance comparable to a hard drive, I’d agree, but here, we see IOPS performance much, much lower than even the Ultimate 3.0 – almost 1/4th.

What does this mean to you? Not much if all you are doing is copying over a handful of files at a time. If you are copying over folders with hundreds or thousands of files, the transfer rate will slow down considerably due to the lacking endurance. 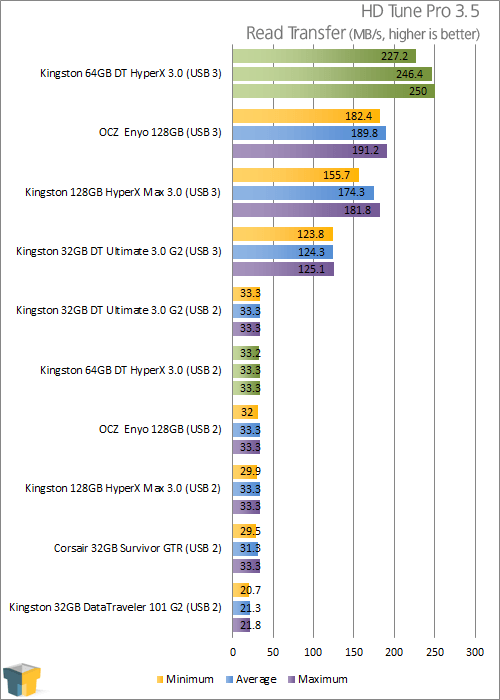 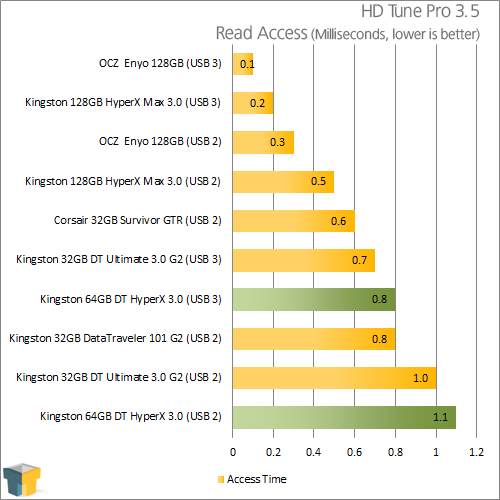 For some reason, HD Tune seems to work better on thumb drives and hard drives than it does on SSDs (SATA 6Gbit/s SSDs rarely show their true colors here, for example), and these results show that to be the case. OCZ’s Enyo external SSD has IOPS performance quite literally 500x the HyperX 3.0, but its throughput performance lacked a bit here. The HyperX 3.0 walks away a clear winner – where access times are not concerned, at least. 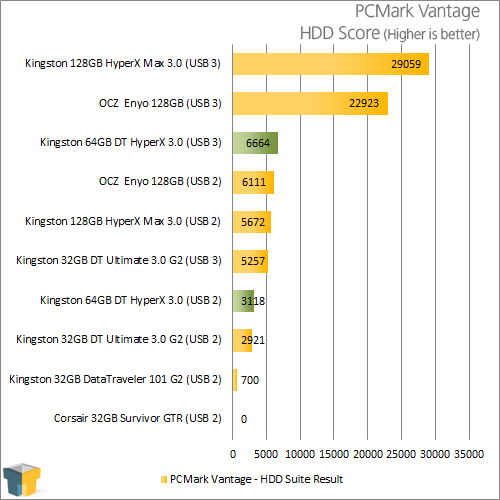 Compared to the Ultimate 3.0, the improved speeds on the HyperX 3.0 pushed it well into the lead. No thumb drive seems to compare to OCZ’s Enyo and Kingston’s own HyperX Max external SSDs, however.