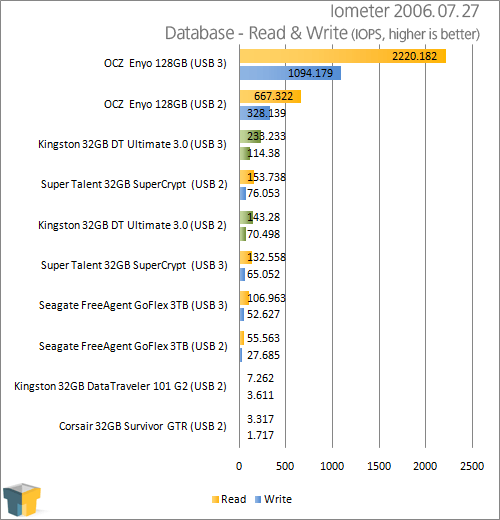 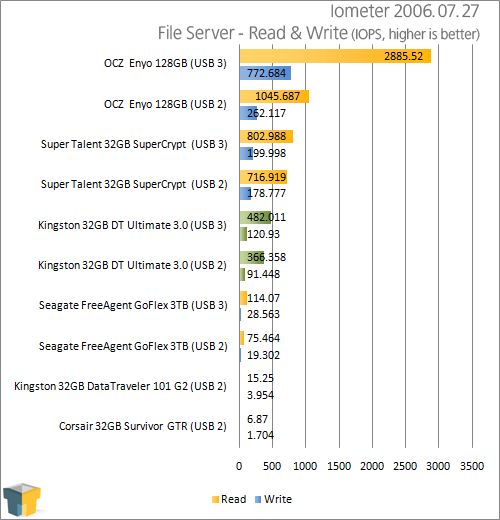 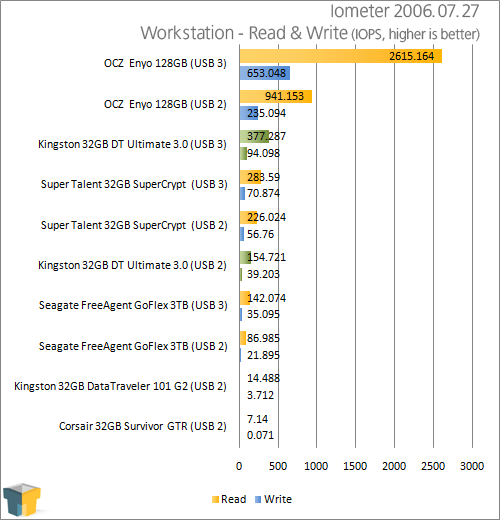 Kingston’s DT Ultimate 3.0 doesn’t quite reach the IOPS potential of the Enyo, but that’s of little surprise given that product’s use of higher-end NAND flash. Kingston’s drive did compete nicely with Super Talent’s, however, coming out on top overall. 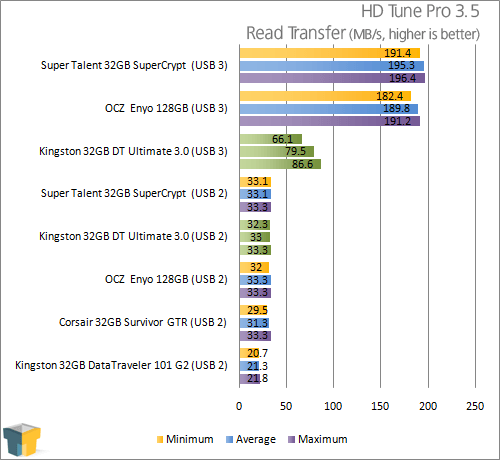 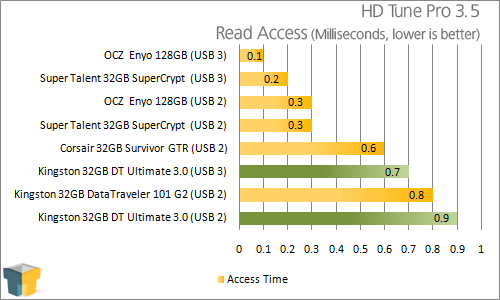 Kingston’s drive continues to deliver great performance here, and as expected, it doesn’t quite reach the ultra-high heights that both Super Talent and OCZ saught out to hit. Even so, at 79.5MB/s read, the DT Ultimate 3.0 hits its spec’d performance and is almost as fast as a mobile hard drive. 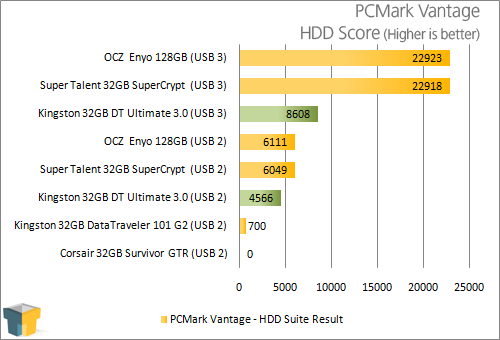 The results here scale similarly to our HD Tune test, so nothing’s too surprising here. It is interesting to see the overall performance difference between a standard USB 2.0 thumb drive and Kingston’s 3.0 drive, though.