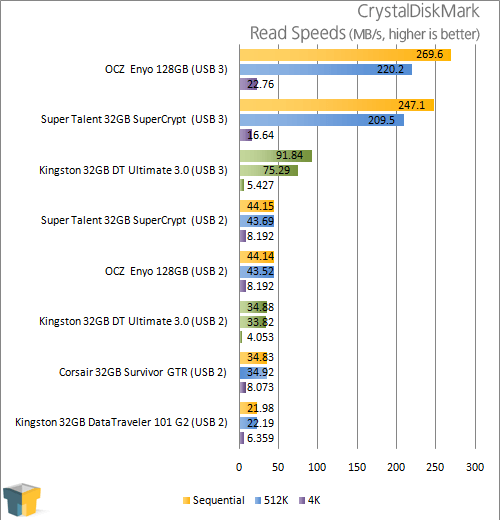 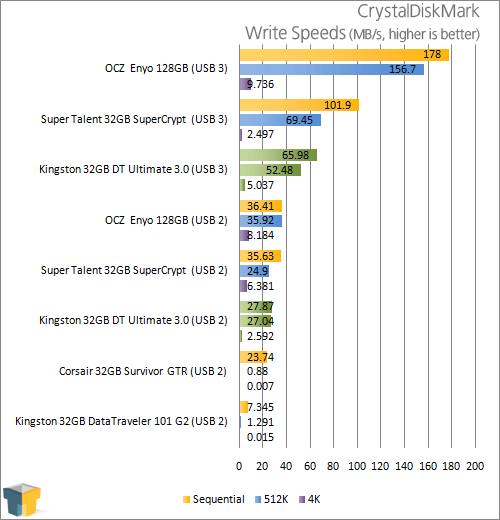 Like our previous couple of tests, Kingston’s drive falls behind both SSD-equipped models, which is to be expected. We’re still seeing some killer performance though, especially when compared to any USB 2.0 drive. 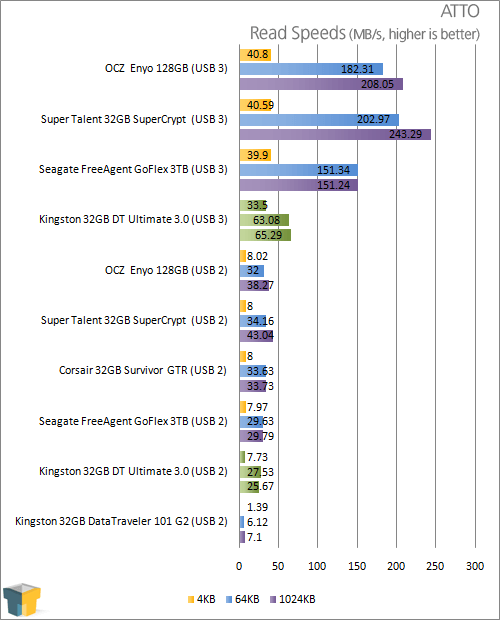 The performance continues to impress here, especially where 4K reads are concerned. There, Kingston’s offering keeps close to our SSD offerings, and even Seagate’s 3TB external hard drive. 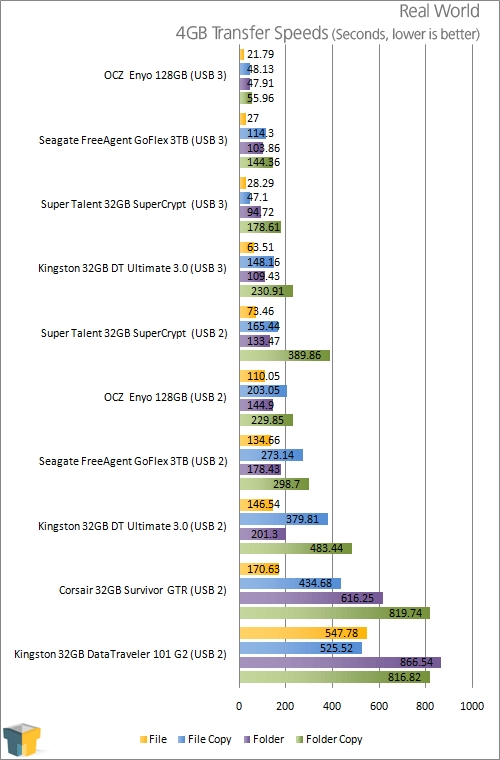 Compared to our SSD offerings, Kingston’s drive clearly lags behind, but given the pricing differences, it’s hard to not appreciate what we’re seeing here. We copied a 4GB file in a mere 64 seconds via USB 3, which oddly enough, equates to about 64MB/s. 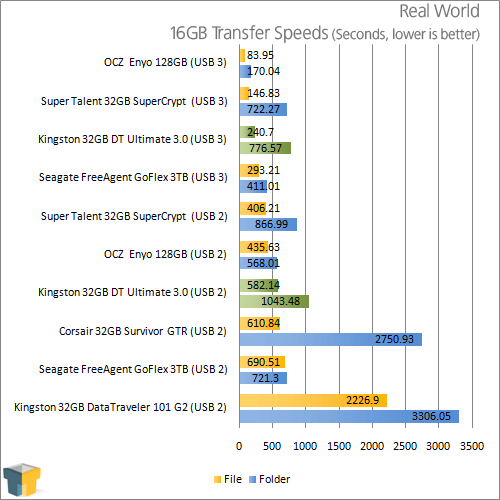 We saw similar performance with our 16GB tests, with our solid 16GB file (15.6GB) coming out to about 66.56MB/s. Considering the drive is rated for 60MB/s, these results are great. 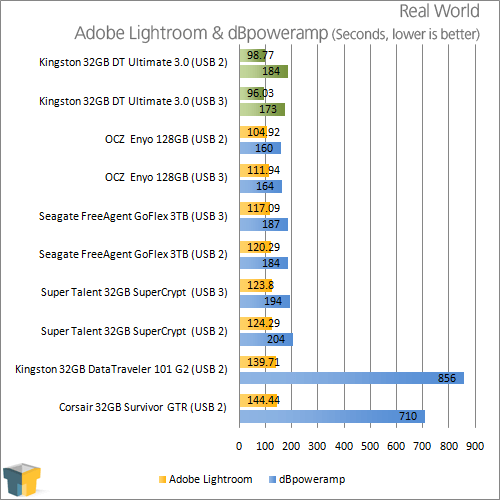 The result here is a bit surprising, with both Lightroom having run exceptionally well on Kingston’s drive. dBpoweramp fell in line with the others.