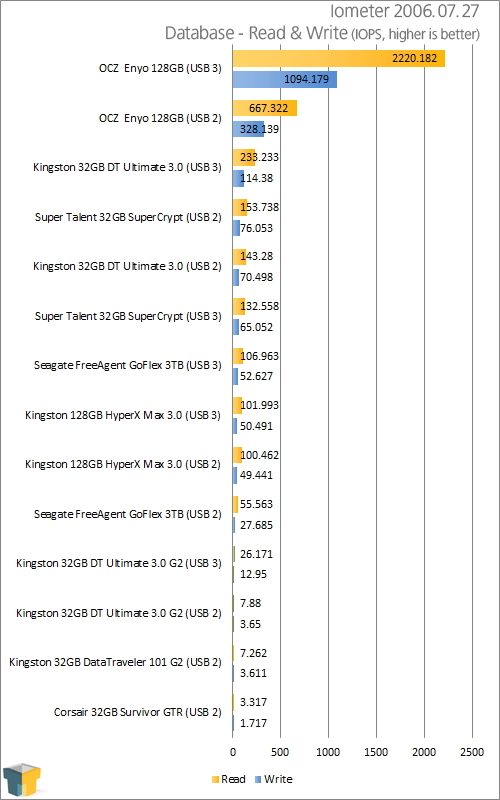 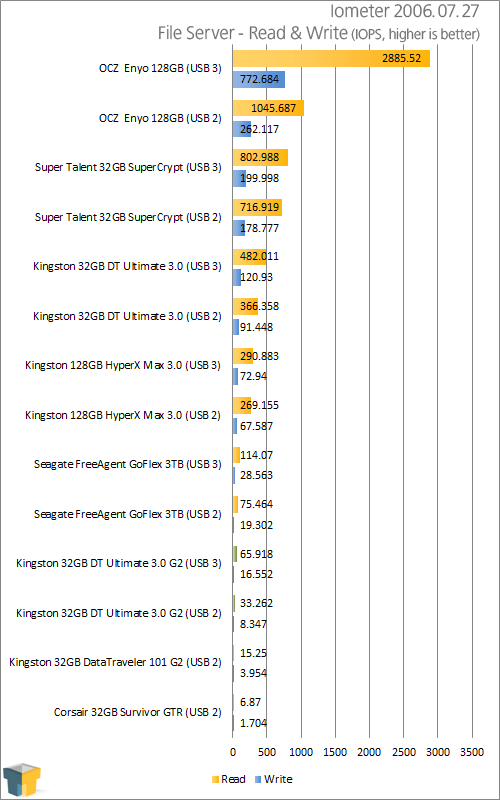 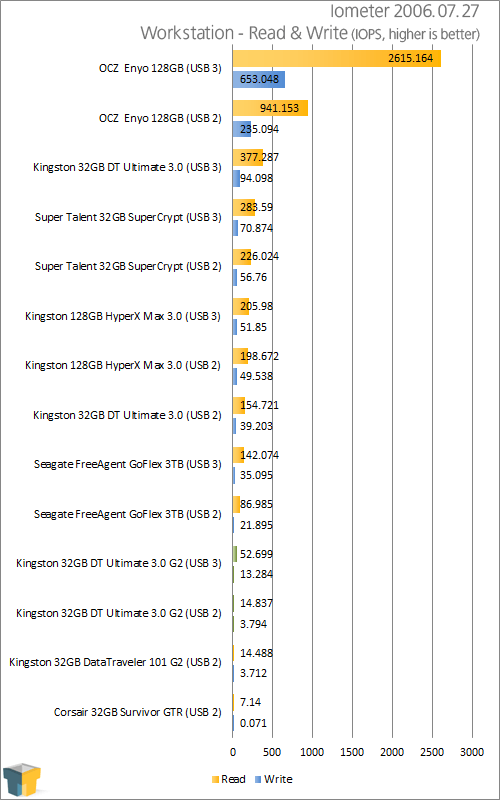 What tweaks were made to the firmware in the G2 become quite obvious when taking a look at the drive’s IOPS performance. In most cases, the drive falls near the bottom of the pack even when in USB 3.0 mode, with Seagate’s 3TB external mechanical drive managing to beat it out. Kingston has rarely been that focused on IOPS performance like other companies, but it’s not without reason. On external devices especially, huge IOPS are not important unless you are copying thousands of small files or running an OS on one. 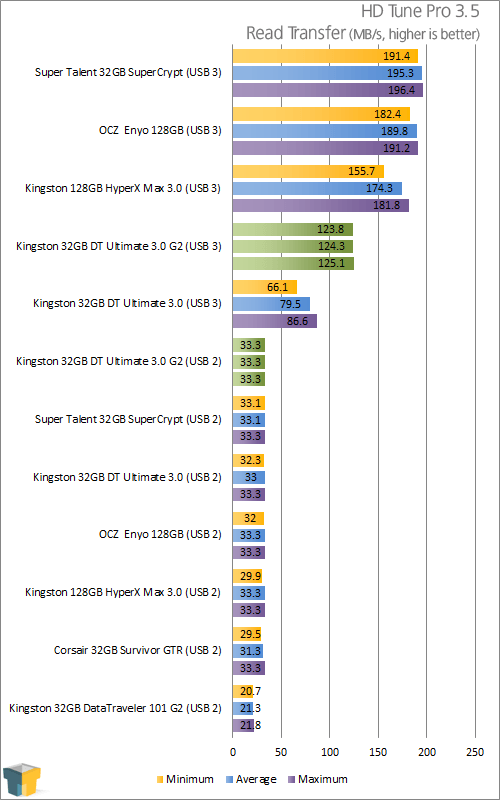 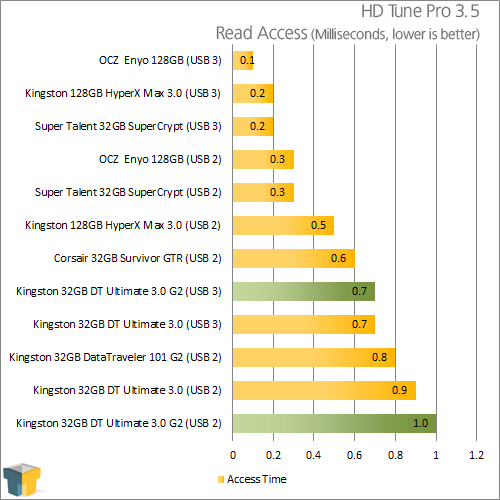 Compared to the original Ultimate 3.0, some major throughput gains have been made here with the G2. Almost amazingly, the G2 kept its performance about the same for both its minimum and maximum values, and is the only USB 3.0 drive in our chart to have done that. And, according to HD Tune at least, the performance here has actually exceeded Kingston’s claims of 100MB/s. 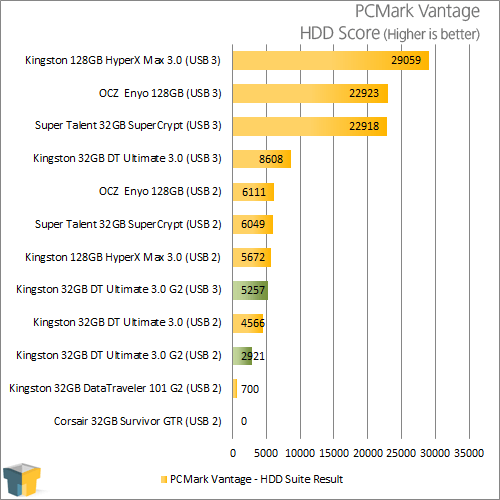 Thanks entirely to the decreased IOPS the G2 is able to deliver compared to the original, a drop in PCMark Vantage is also seen. In fact, the G2 USB 3.0’s performance barely surpasses that of the G1’s USB 2.0 performance. Again, IOPS is not king where external drives are concerned, but it’s something to note nonetheless.