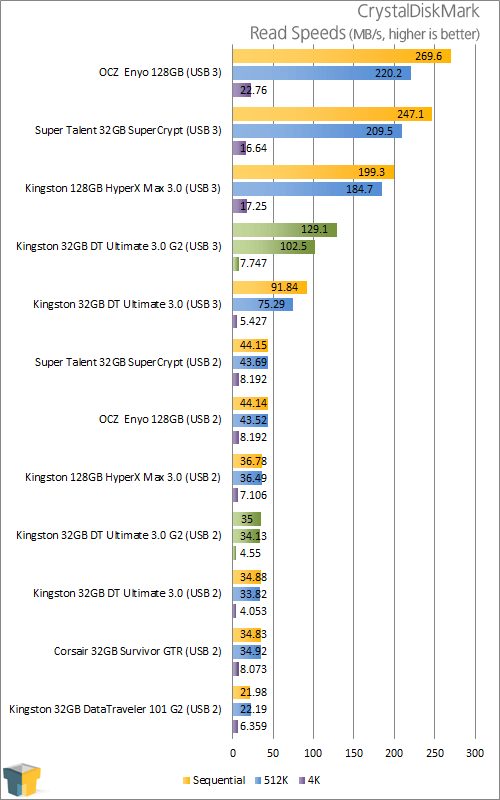 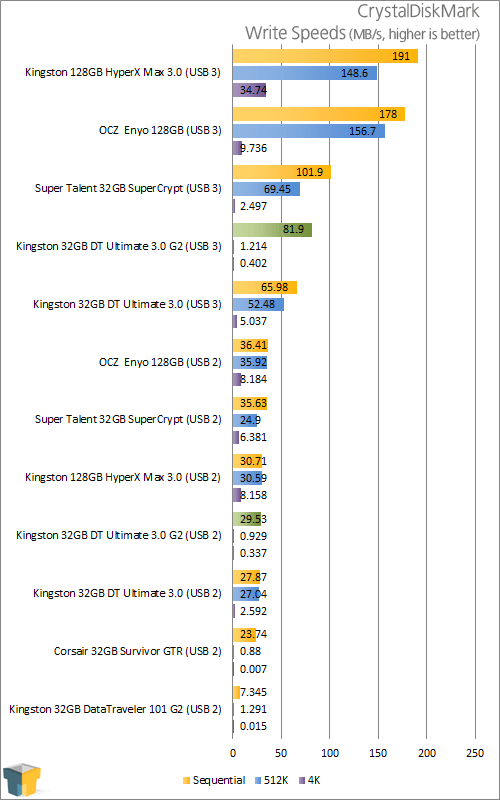 As expected, the G2 drive easily outpaced the G1 in this test. 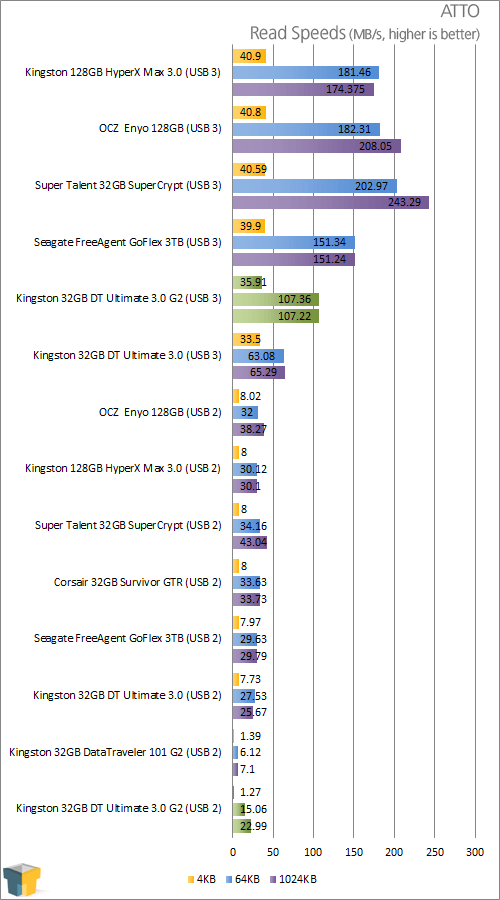 Looking at the USB 3.0 results, the performance gains seen with the G2 drive are enormous, cutting a 4GB file transfer down from 63.51s to 52.74s, and even bigger gains can be seen with the file copy. However, the lack of total IOPS can be seen as a detriment with the folder tests, where thousands of files are being transferred. The G2 preformed noticeably worse in this regard, taking 237.63s to transfer a 4GB folder on the G2 to only taking 109.43s with the G1. 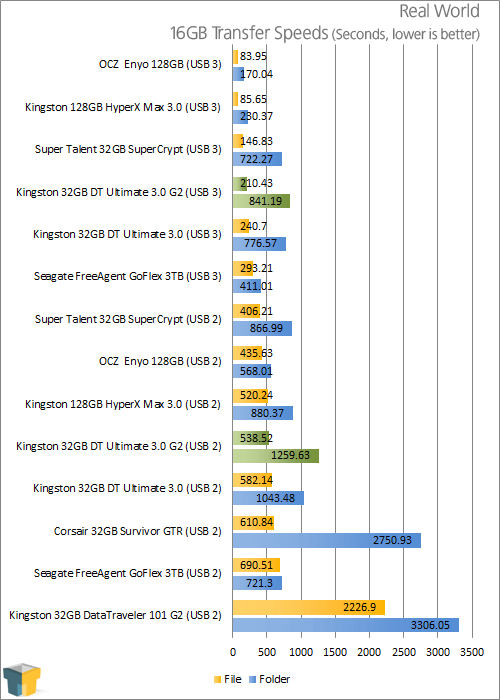 The performance loss on the G2 isn’t quite so severe with our folder test here as it was with the 4GB test, and where single files are concerned, the G2 is far superior. 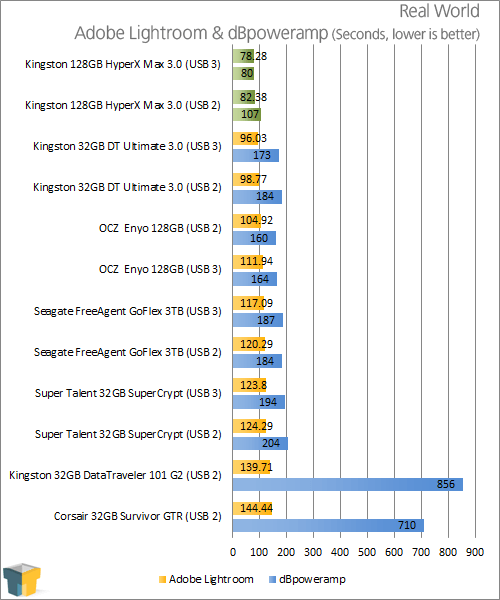 With our file transfer tests leaving a bit to be desired on the folder transfers, the results seen with Adobe Lightroom and dBpoweramp are refreshing. This sure seems to be a drive that’s a master of one, rather than a jack-of-all-trades.