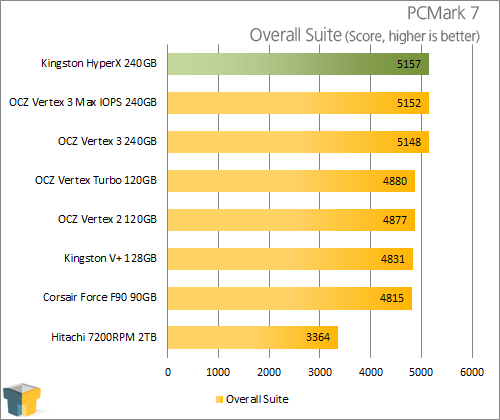 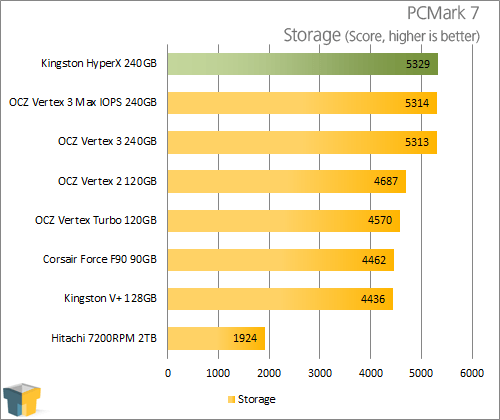 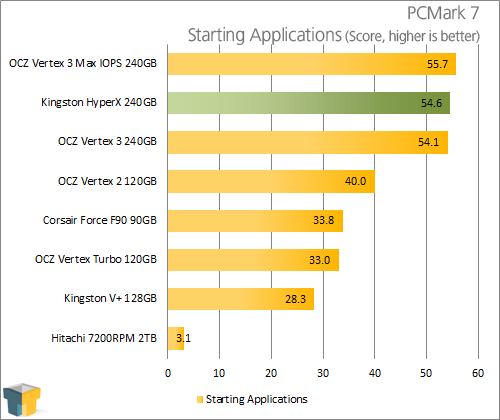 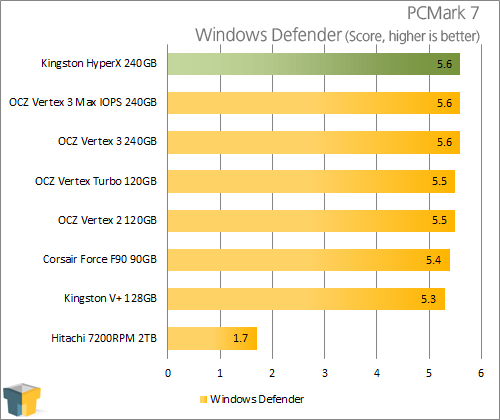 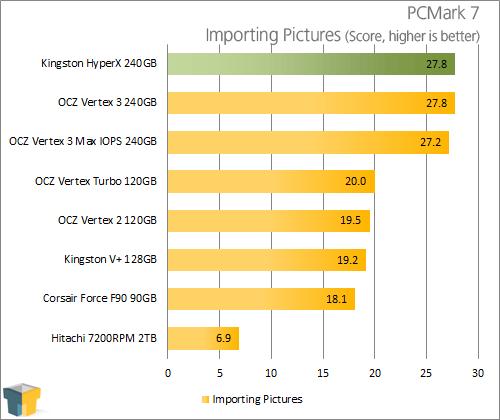 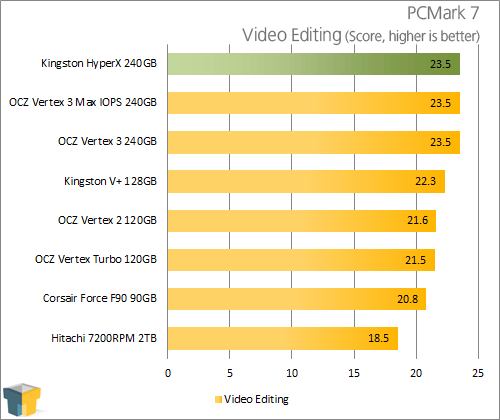 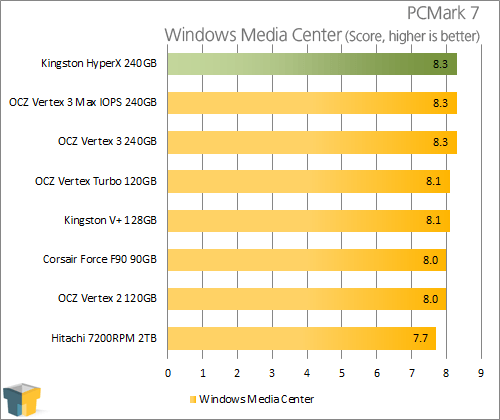 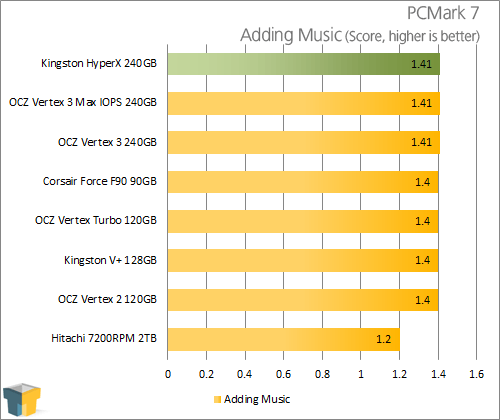 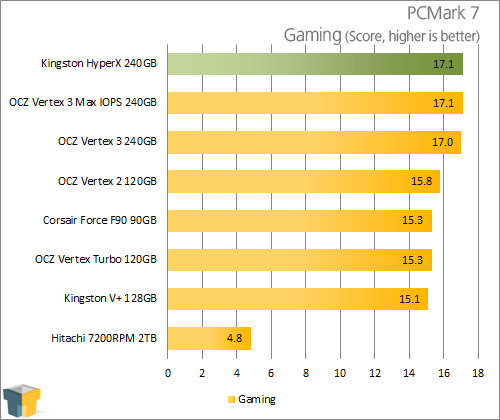 Right off the bat the Kingston HyperX is making waves as it delivers performance above even the V3 Max IOPS. We will have to attribute at least some of such strong results to updates in SandForce firmware that have been made since our V3 review, but regardless of why this is top-notch performance from the HyperX.