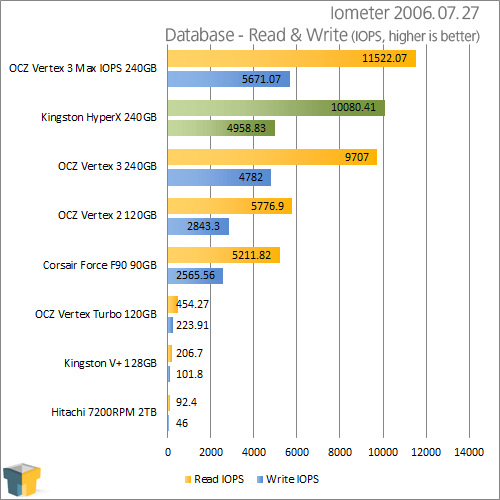 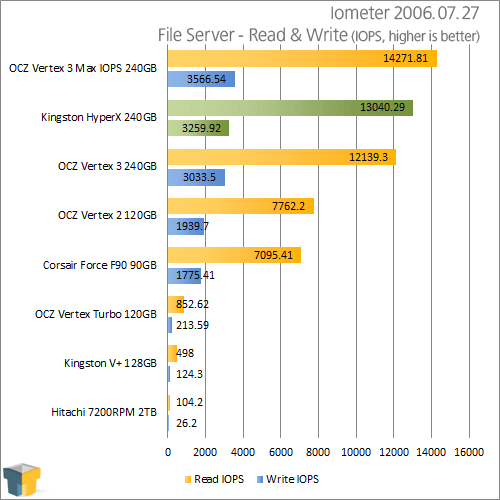 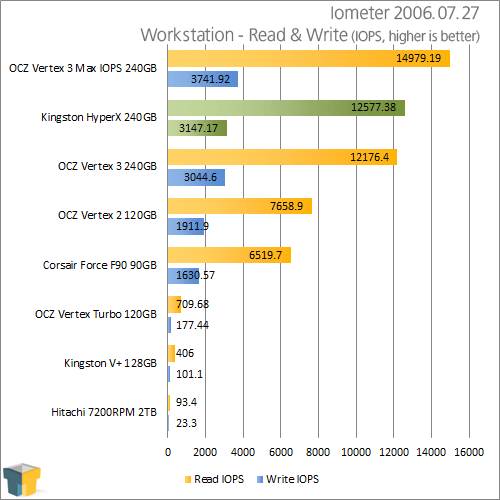 Iometer may be a hard program for users to translate into real world performance, but it is one of the few programs that can truly stress this new class of SF-2281 powered SSD and illustrate what the differences are between them, let alone show what they are truly capable of. Any SSD that does well here is capable of the toughest load conditions found in server racks, so suffice to say it can withstand any usage scenario a desktop user might throw at it.

The Kingston HyperX 240GB slots in where we would expect, just behind the Max IOPS but ahead of the vanilla V3. Even so results are pretty close to the Max IOPS which is impressive given the difference in NAND technology, and the HyperX has no trouble outperforming the synchronous NAND-based V3 here either. 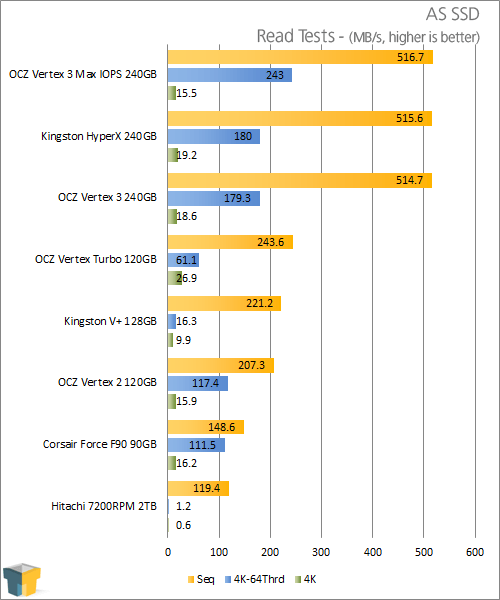 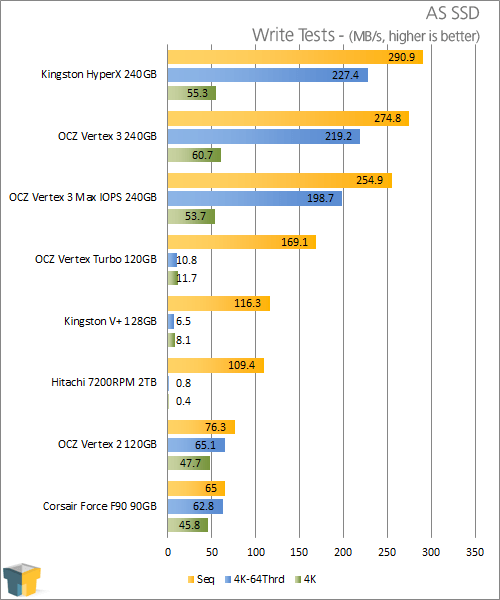 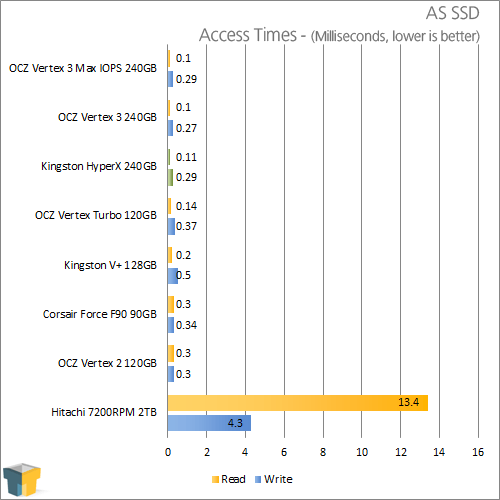 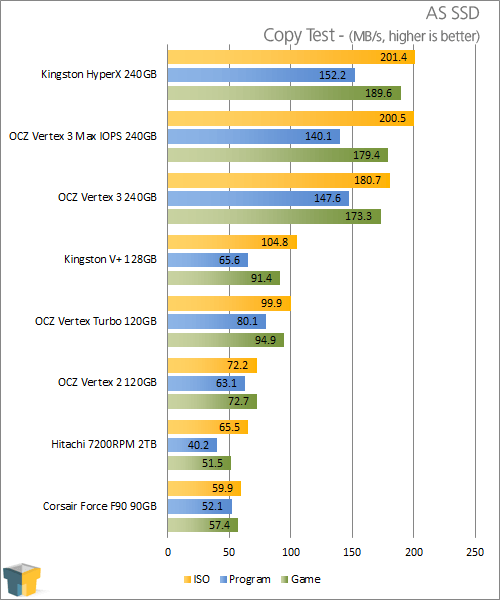 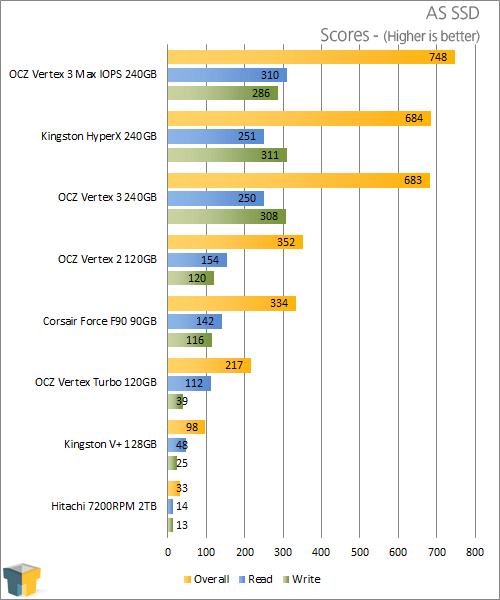 4K-Thrd is similar to the 4K test but spawns multiple requests; basically this tests how good the SSD is at handling multiple file actions at once, aka queue depth. Queue depth wasn’t an issue with HDDs as they were generally too slow to handle more than a few simultaneous IOPS at a time, but with SSDs it is important to have a good controller with a high queue depth. Fortunately this is another strong suit for SandForce controllers.

The Kingston HyperX does very well here, delivering some of the best all-around performance seen yet in this program. Although the HyperX doesn’t take the final overall score, it delivers a better average of write performance in the battery of tests, which is why it achieves the highest score in writes out of the three drives.