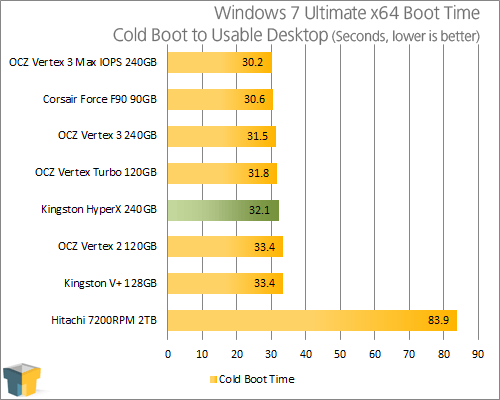 The HyperX achieves a respectable boot time of 32.1 seconds, but is just barely edged out by the other SandForce drives in our graphs. With Microsoft recently announcing that Windows 8 should deliver near ten second boot times with a fast SSD, the HyperX should definitely be on the short list. All SSDs here will boot Windows 7 in about a third the time of a mechanical drive. 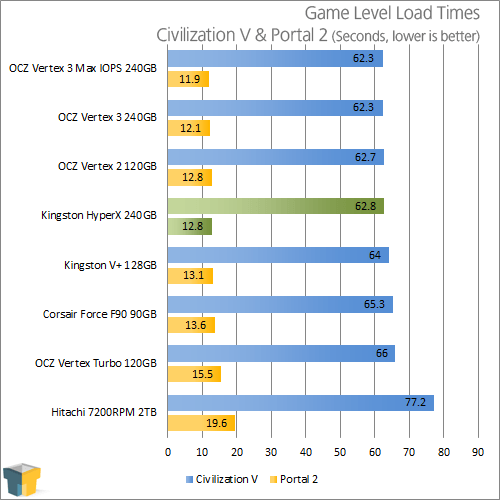 With game load times the HyperX is good, but not quite at the top of the charts. But when it comes down to a fraction of one second, it’s pretty clear any SSD will tangibly decrease load times for most games and subsequent level loads within the game as compared to a hard disk drive.