Since the beginning of Techgages existence, we’ve taken a look at over 30 kits of memory, but this is the first time we’ve had some Kingston on the workbench. As mentioned in the intro, Kingston is not a name that’s usually thrown around all over in the enthusiast overclocking side of things, but I am not sure why after taking a look at these sticks.

The more common “top end” memory speed now is PC2-8000, and that’s what we are taking a look at today. There is PC2-8500 on the market also, but they haven’t proved to be that popular yet. Especially due to the fact that many PC2-8000 kits will easily overclock to those speeds with no effort.

Kingston usually pairs two modules together in a single package, but for whatever reason, I received two individual packages. It’s a small plastic blister pack that requires you to cut through the sticker in order to open it up. Nothing major here… but it does a good job of keeping everything safe. Underneath each of the modules are some simple installation instructions. 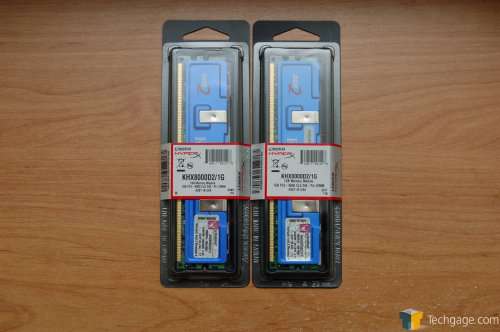 Kingston uses blue heatspreaders on all of their modules, which help them stand out. I can’t recall off the top of my head another company that uses this shade of blue on their spreaders.. 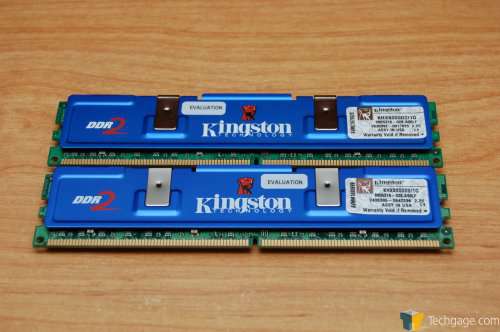 With a close-up of the sticker, we can see a lot of information… moreso than most other companies will put. We have the model number, production codes, voltage and the density. We also find out that these modules are Assy in the USA. Yeah! 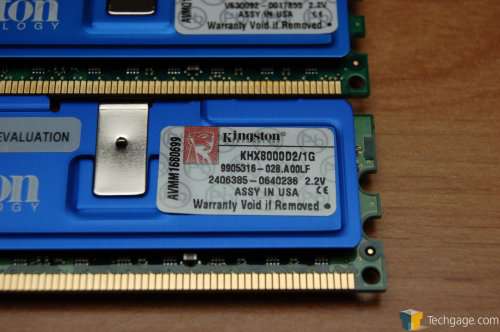 That’s all we can possibly cover about the physical aspects of the modules. Nothing amazing here, but nothing lacking either. No complaints!