First up is one of my personal favorites… Sandra. As expected, we have very tight scores here… the OCZ won some, the Kingston the rest. We have quite nice top scores though… came close to 11K but no cigar. Perhaps at 2.8GHz it could have happened. 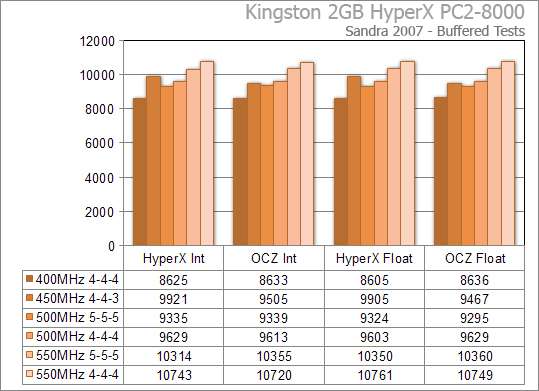 Before taking our unbuffered results too seriously, please take a look at our precise settings. They differ from the way most perform unbuffered, but this takes a lot away from the CPU and relies solely on the memory.

Unlike the buffered tests, we can really see some differences here. Surprisingly enough, Kingstons kit beat out the 7200 EPP in each test! Impressive, but the Kingston does retail for more, so it’s nice to see an actual increase somewhere. 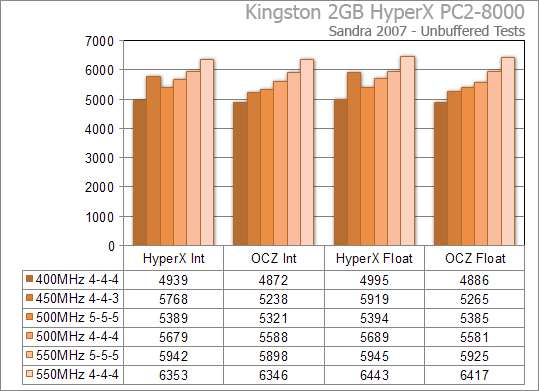 Everest scores are not some I take to heart, but like Sandra, they are good to get a grasp of how well your overclocks scale. Here, the first few sets of results vary quite a bit regarding the Read, although the Write doesn’t move too much. The latter 3 sets are all painstakingly close, however. 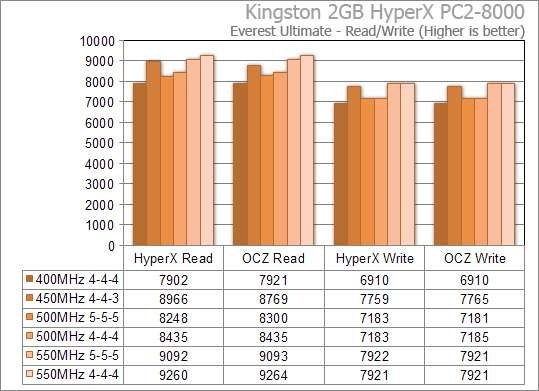 The same goes for the latency. I cannot explain why the first three sets varied so much, but the final three were identical! 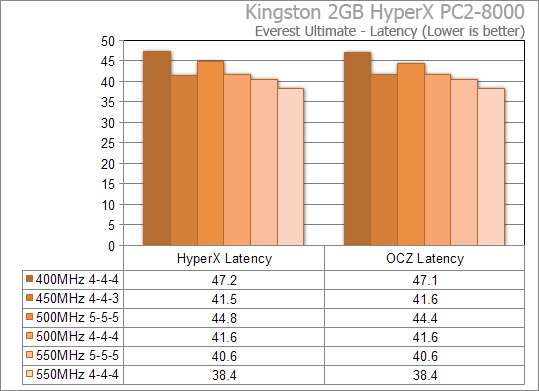