Are you craving a graph crammed with 36 results? Well here she be!

Only PC Mark had rather similar results between both kits, though the top 3D Mark 01 scores came close to one another. Sciencemark varies a lot from kit to kit, even with the same speeds. That’s evidenced in the results there. I’ve never broke through 10K in Sciencemark, but we came very close this time. 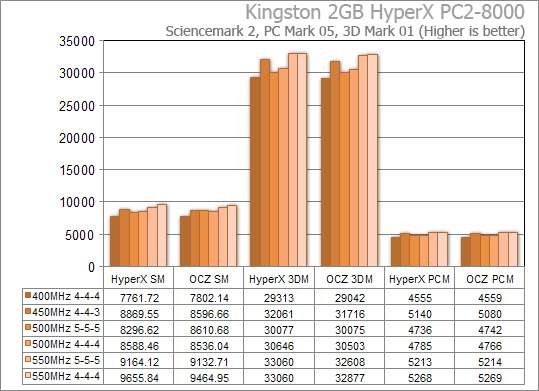 Yet again, the first few sets vary more than the last few. This tells me that GMH, at higher frequencies will not sway much from one another… at all. There’s no other way I can wrap my head around it, as all settings were identical between tests. 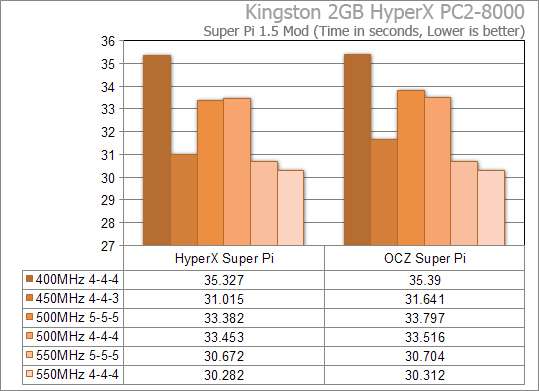 Ahh boy. If you want an expensive memory kit, there are many to choose from. Though I don’t have an SRP or availability information, you can bet it will hover around the ~$400 mark. Possibly less if Kingston wants to have a good edge on the competition. So the real question… is this kit worth it?

There are a few different angles to this. Are you an overclocker, or not? If you are not, then it would make more sense to go with the OCZ 7200 EPP that we mentioned in the review, because it clocks just as high as this Kingston. However, the HyperX -may- have GKX chips.. I am not sure. If they did, then they would likely be able to clock higher than I could take them due to my CPU max overclock. 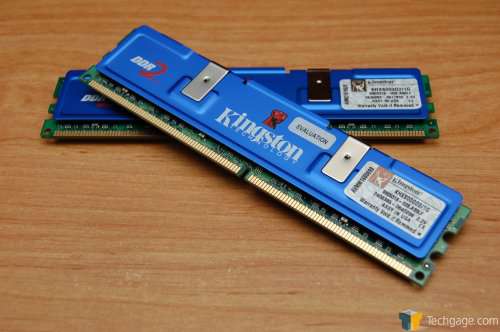 If you are not an overclocker and don’t even want to think about giving it a shot, then yes these modules were made for people like you. If you don’t care about spending a lot of money , then go for it. However, if you are a novice OC’er and want to finally jump in, it would be more economical to go for a Kingston HyperX PC2-6400 kit or something similar from a competitor. For what the memory delivers, I am awarding them a 9 out of 10.