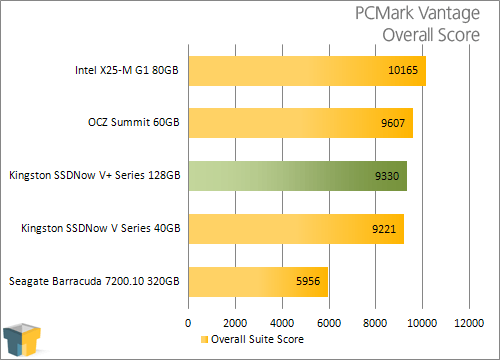 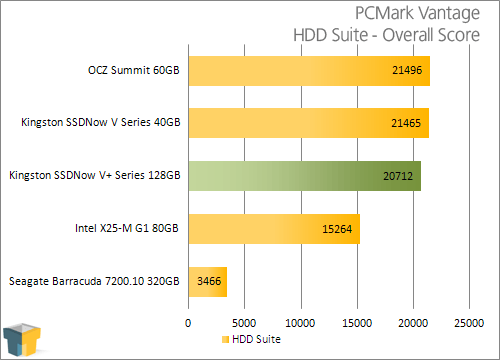 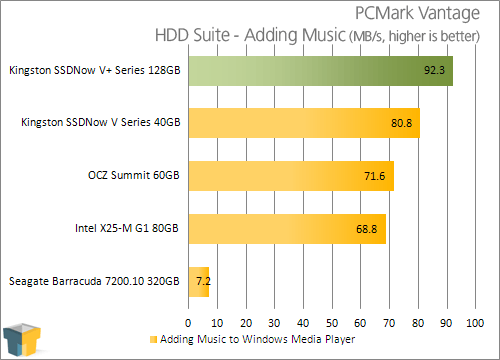 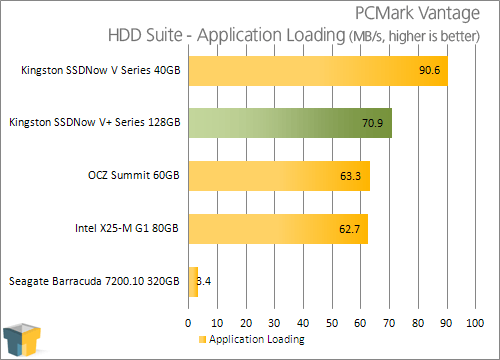 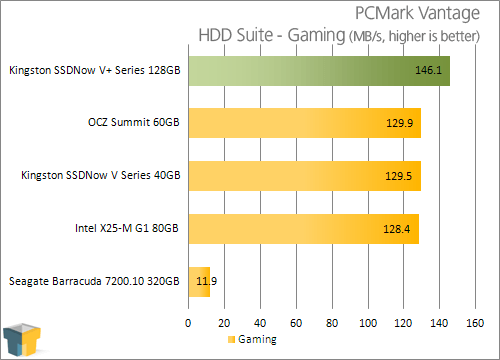 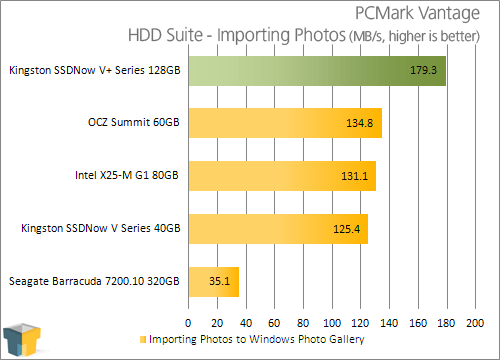 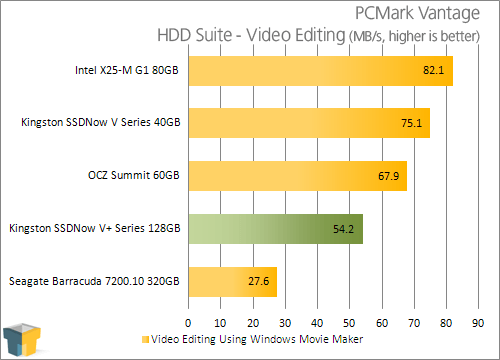 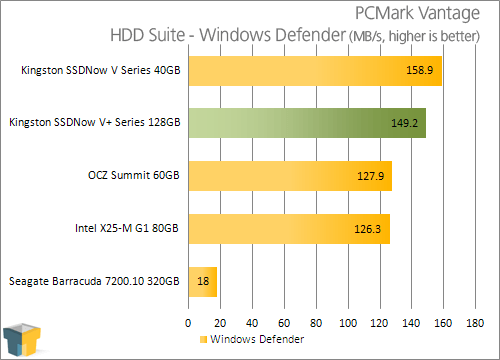 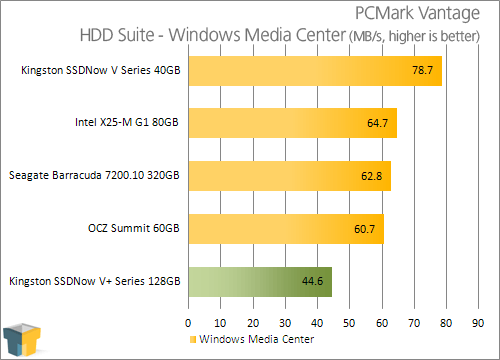 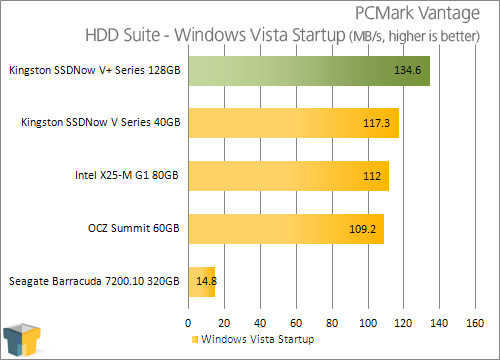 The first generation X25 takes the overall Vantage score, but the 128GB Kingston is not far behind. What IS far behind is the hard disk drive when we focus on the HDD subtest score. With scores that are almost six times higher than a typical SATA 3Gbit/s desktop hard drive, almost any SSD begins to look appealing here in comparison to the beleaguered hard drive.

As we noted previously, the X25 results are a bit on the low side here, most likely due to the extensive dirty condition of the drive was in. Despite the same conditioning, the Summit does well here with it’s strong sequential write speeds, and unfortunately, the Toshiba controller is able to offer even higher sequential write speeds above the rest of the drives in this review, helping it to place well in many tests.