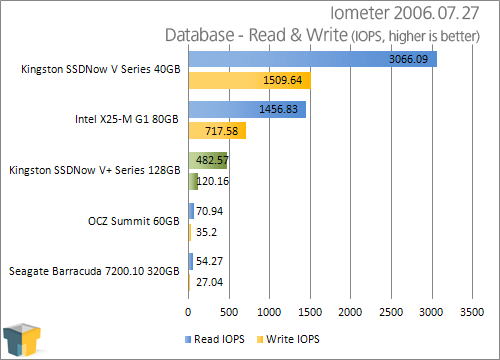 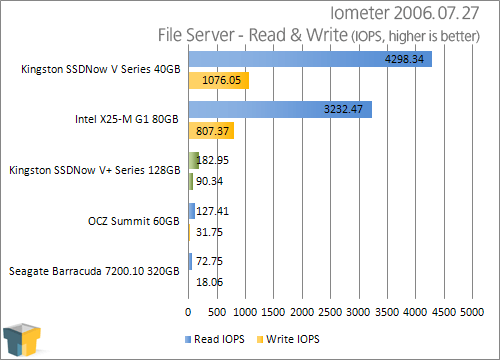 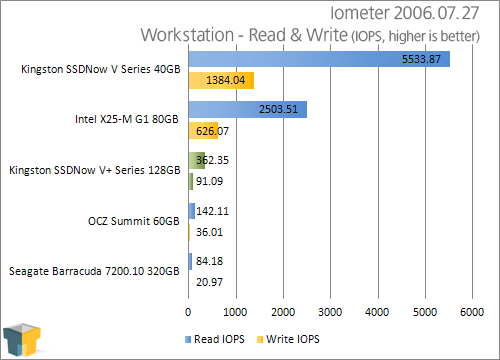 Ironically, despite Iometer being created before SSDs even were around, the nature of these tests are going to inherently favor them due to their rapid, near instantaneous access times. Scenarios such as these are pretty much the bane of hard drives and illustrate why 15,000RPM SCSI drives exist. The large number of tiny, mostly random read and random write file operations will also be the anathema of any SSD controller that was designed primarily for large sequential read & write performance. Unfortunately, the Summit happens to use one of those very controllers, although in its defense, this is because Samsung chose to optimize their controllers for large sequential writes.

We can clearly see that the Toshiba controller shares this in common with the Samsung controller, although it performs much better, slotting between it and the X25. And if you think these results are unfavorable, just take another look at those hard drive numbers one more time by comparison… 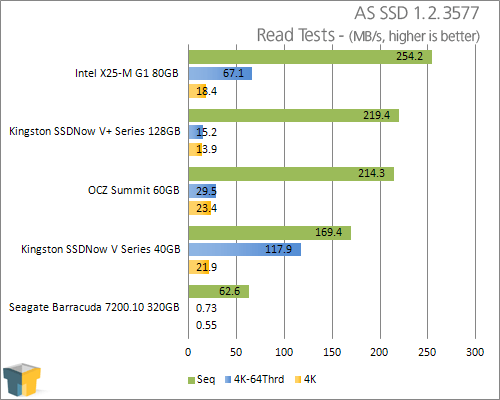 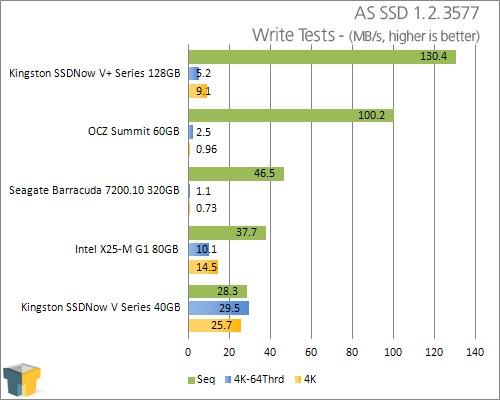 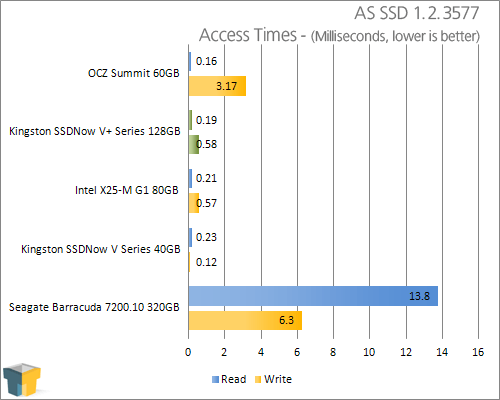 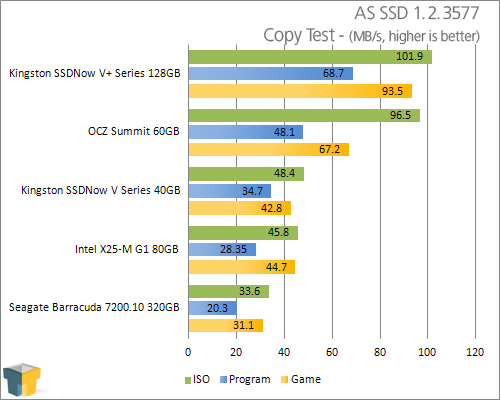 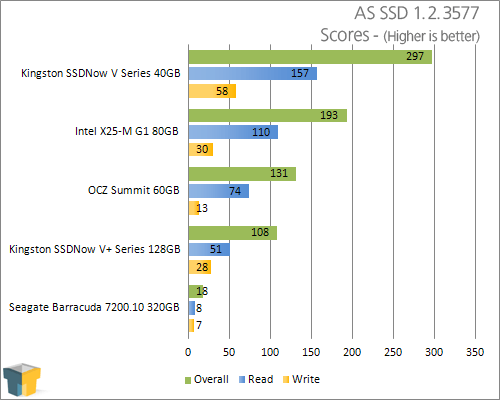 The 128GB V+ series Kingston performs well in the large sequential read test, although it fares less well with the dreaded 4KB file size tests. For the write tests, the Summit’s optimization for sequential writes comes to the surface, but Toshiba has apparently done the same. With a manufacturer-rated sequential write speed of 180MB/s, the Kingston drive comes respectively close to leaving the other drives in the dust. Again, the picture is less rosy when looking at small 4KB files, which are unfortunately the type of file most often used on a modern OS. Even if a file is <4KB, it must use an entire 4KB sector of the flash page to store the file.

Access times are critical to the responsiveness and feel of the system, and this graph says exactly why hard drives are considered the slowest part of a modern computer! Lastly, with the copy test, the Toshiba drive puts its advantage in large sequential writes to use to again pull ahead of the pack.