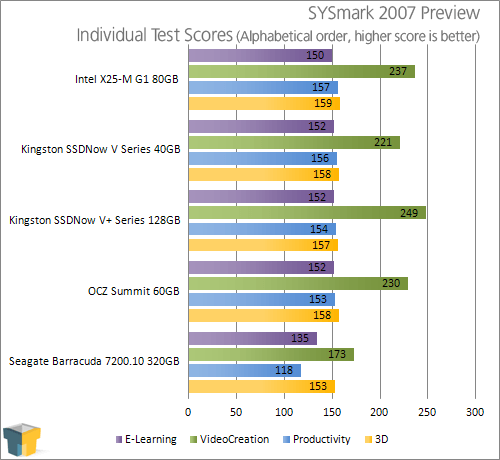 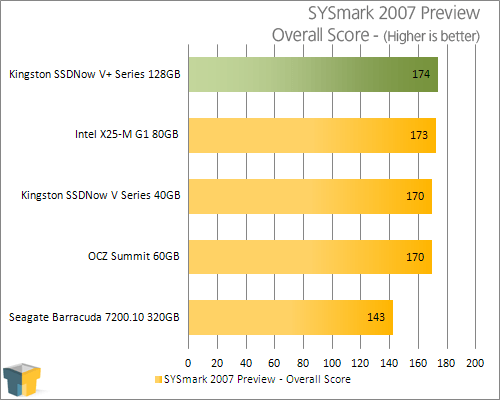 SYSmark is a program that tests the entire computer’s performance based on four areas and then uses those results to assign a final overall score. In a surprise move, the SSDNow V+ series drive edges out even Intel’s first generation SSD that offers faster small file operations! According to BAPco, differences of 3 points in the score are supposed to be meaningful, so with just one point of difference it’s safe to say the X25 G1 and Toshiba are tied in this one, while all of our SSDs are in another country compared to the typical hard drive.