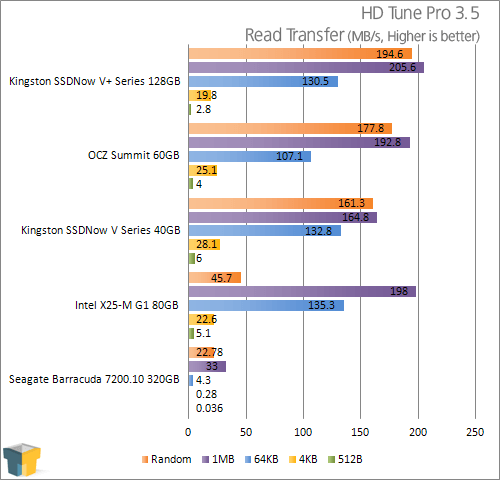 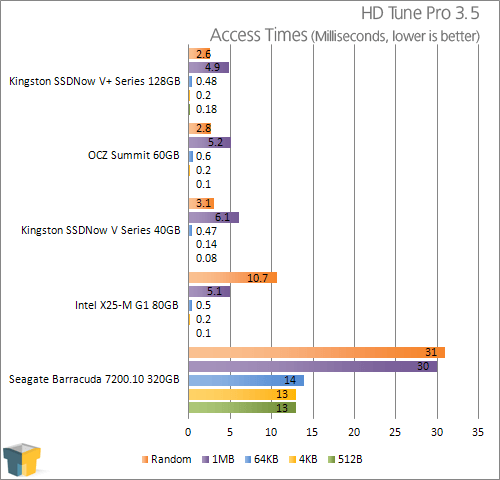 While the results seem less-than-stellar at first glance, in comparison to the mechanical disk all the solid-state drives faired particularly well in HD Tune’s tough small file size tests. Latency, otherwise known as access times for small file operations, are very important for SSDs. The Toshiba controller in the 128GB Kingston drive performs well, offering the highest read transfer times while struggling a bit as the file sizes decrease. While not a clean sweep, the drive does edge out the rest in the access times for an overall impressive showing.

HD Tach is a similar program to HD Tune, and although it hasn’t been updated in a few years, the program is still decent for testing SSDs. It offers a different method for calculating burst rates as well as offering access time measurements below 0.1ms, which is unfortunately the limit for HD Tune. 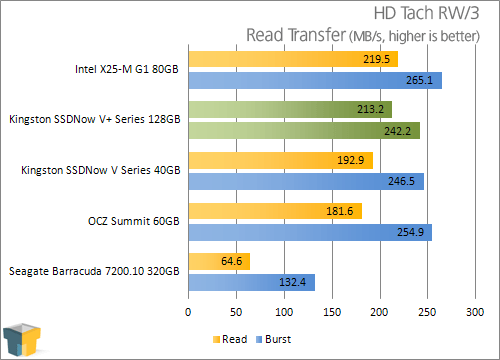 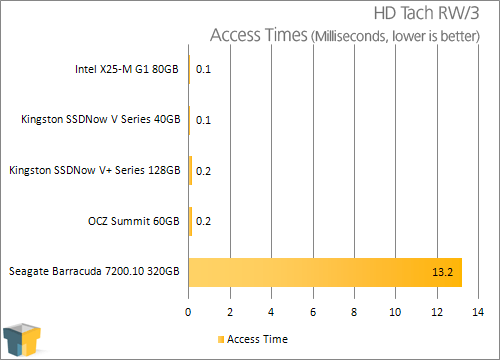 Until then, we have to make do with the current program which offers a different way of measuring burst transfer rates as compared to HD Tune. Here the Toshiba controller does very well almost tying the Intel drive for performance while posting a more than acceptable 0.2ms latency.